Phitsanulok is a big district 50 km east of Sukhothai; in comparison it is quite a large and busy city. It is famous for its large and ancient temple: Wat Phra Si Rattana Mahathat. 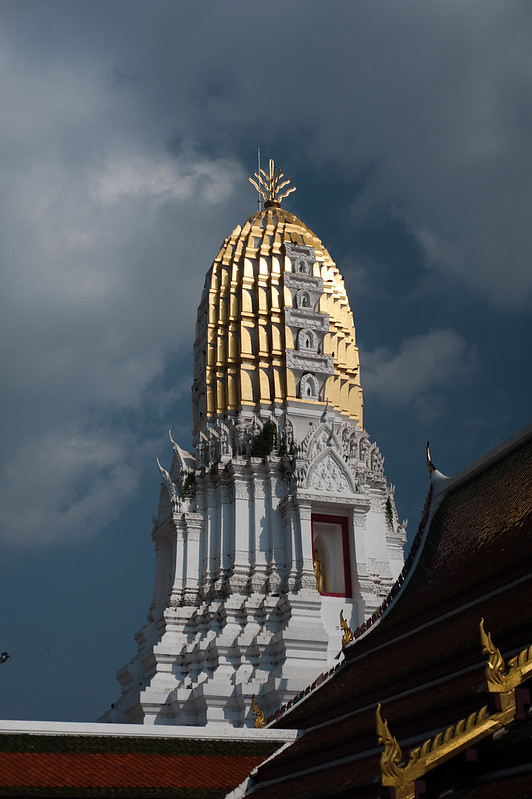 If I may quote wikipedia; it is also known as “Wat Yai” and was founded in 1357. 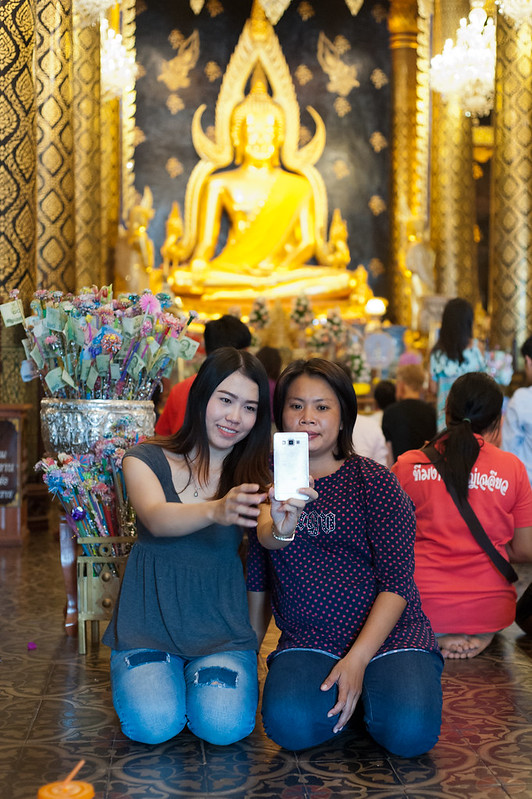 The temple is very famous because of its golden Buddha image called Phra Phuttha Chinnarat, which is considered by some Thais to be the most beautiful Buddha image in the country. (In the background above) 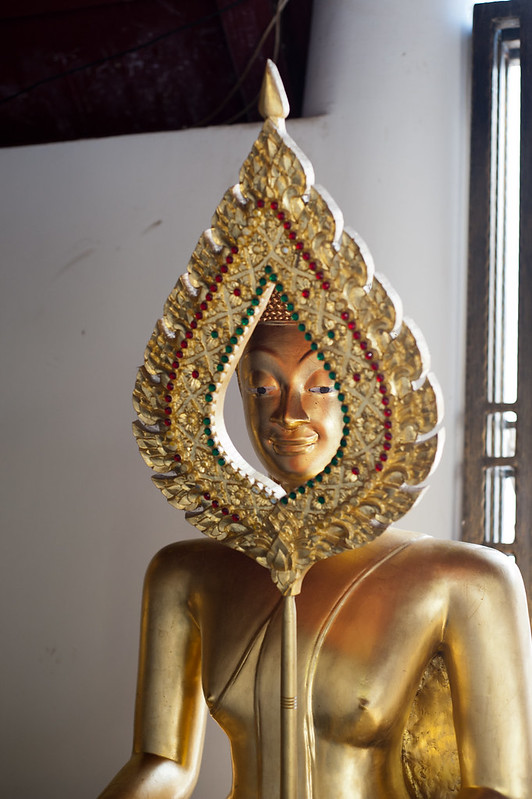 If you are in Sukhothai visiting Phitsanulok is a nice afternoon trip, one hour drive each way. The temple is quite large  (I think Mahathat means large) and other smaller buildings around are worth a look. 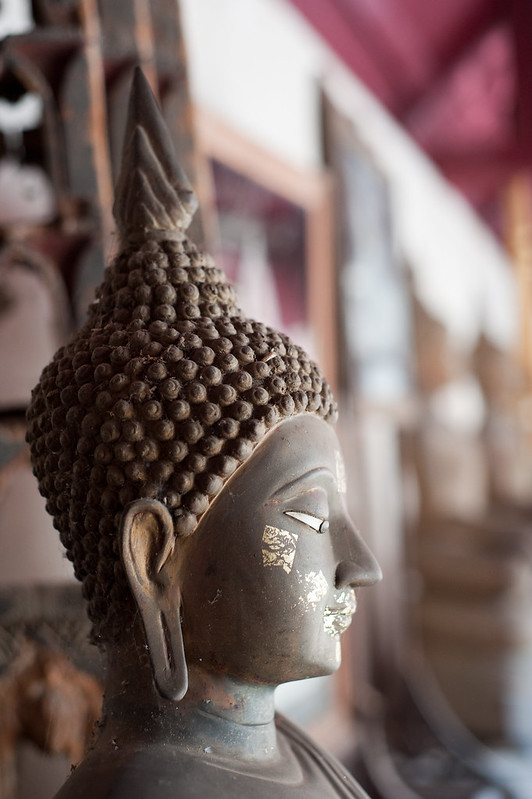 One of them hosts a kind of coffin with the feet of the dead (is it lord Buddha?) going through its side. Very weird. 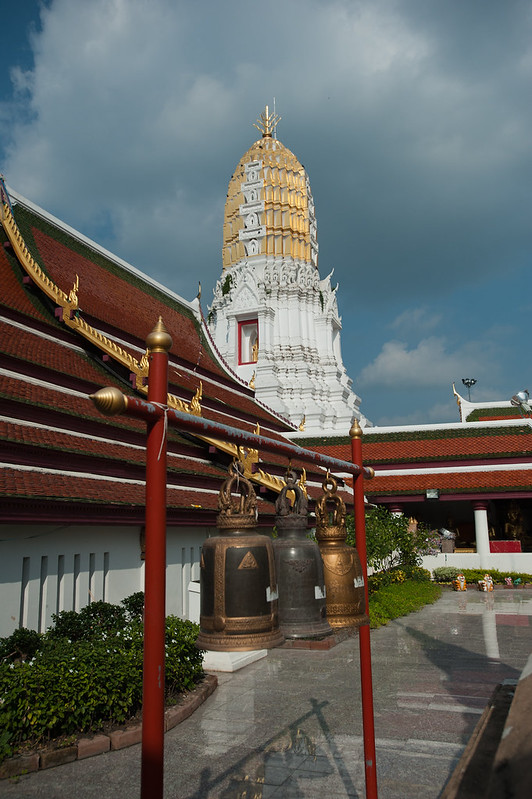 There is a market area at the back which makes a complement to the cultural visit. 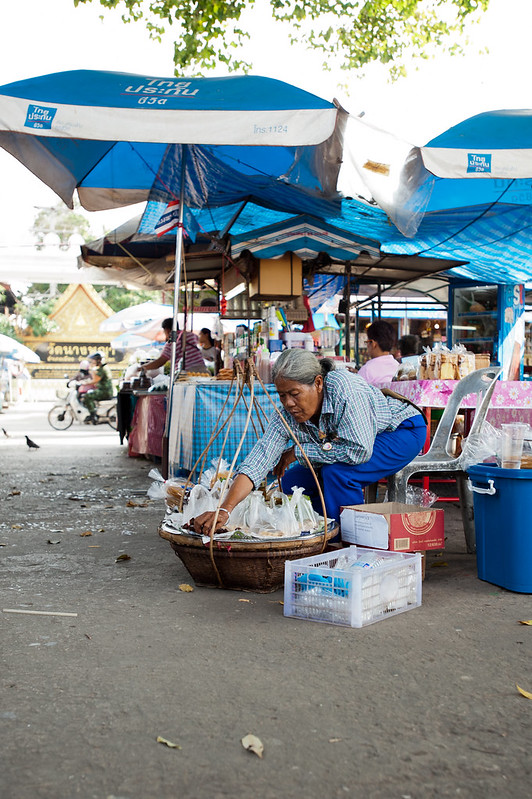 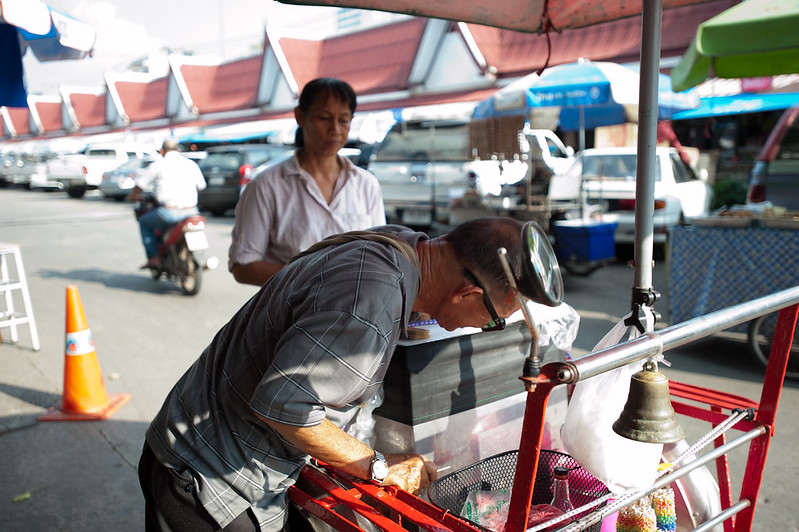