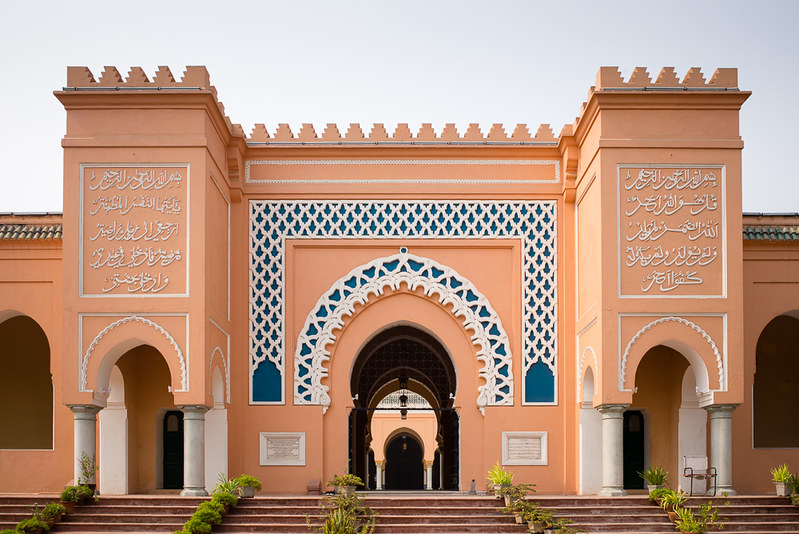 The city of Kapurtalha is 70 km or 1 and half hour drive from Amritsar. Is used to be a princely state in British India, and its late Maharajah, Jagatjit Singh built a certain number of monuments in the 1930’s, making the city a “Little Paris”. 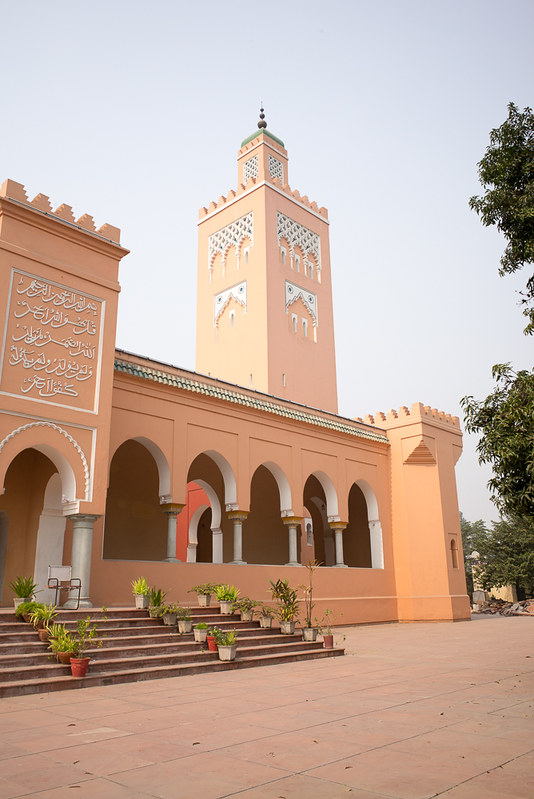 The Mosque was build by French architect M. Manteaux, who had also designed the Jagatjit Palace in the city. The intention of the Maharajah was to offer his Muslim subject  the best place of worship in order to preserve balance between the cults. 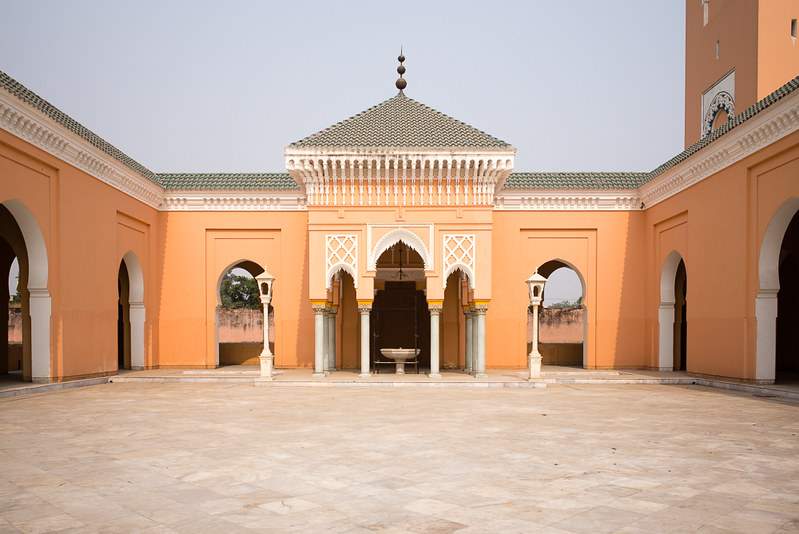 The mosque’s architectural design is based on the Koutoubia Mosque in Marrakesh ( Morocco ). 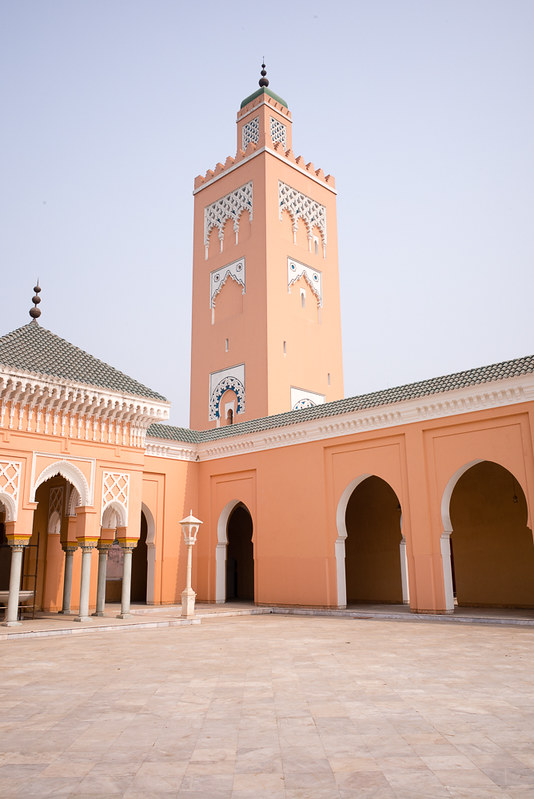 The building is beautiful outside and inside;and in very good condition, we were just surprised to it empty. The man in charge was very nice and happy to show us around. 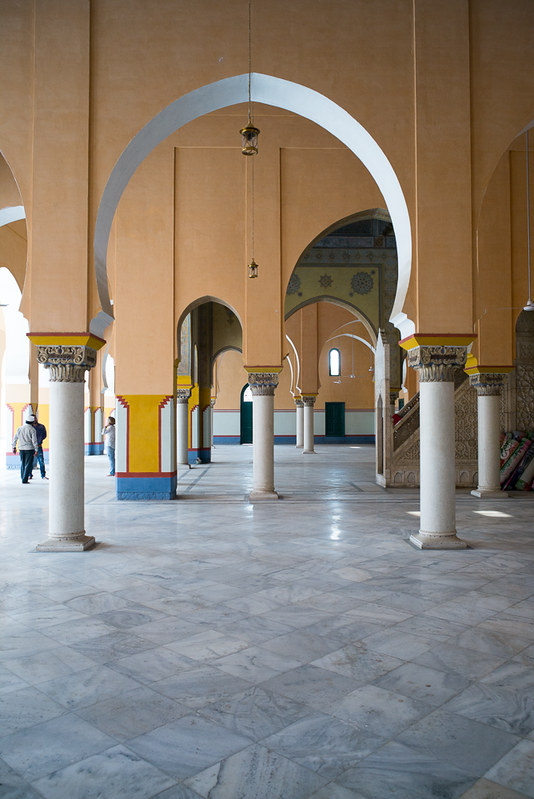 The courtyard is of marble; the interior patterns were originally made by artists from Lahore. 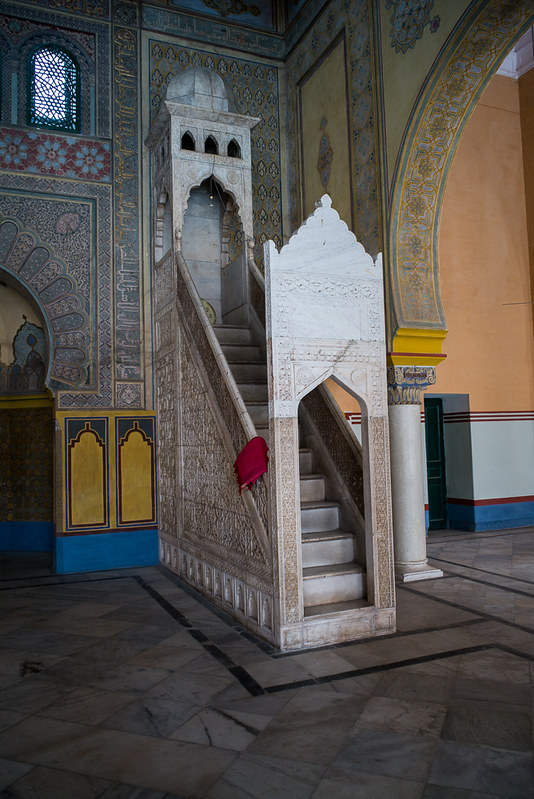 Kapurthala, looks like a very nice city, probably of 200000 inhabitants, with a lot of other buildings of architectural interest. Among them the Jagatjit Palace (Palace of the Maharajah), inspired by Versailles and the Jagatjit  Club. The palace is now a military school and unfortunately cannot be visited without a prior authorization that we did not get. But just looking around in the street around the mosque a lot of smaller buildings are worth a look. 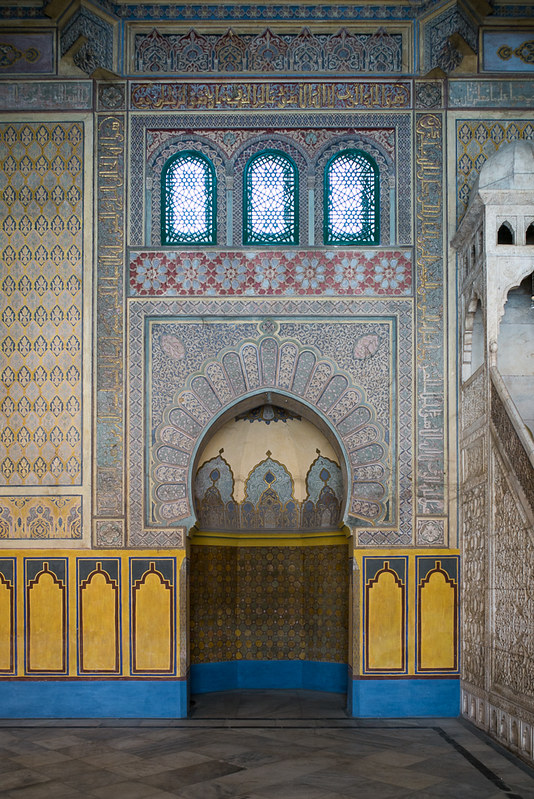 The other place of interest of Kapurthala is the Rail Coach Factory, but also requires an authorization and our trip organizer was ignorant of it so we could not access it, in spite of the efforts of our guide, bit of disappointment on my side.