Nearly one month since the last post, unbelievable. And I have since shot some new film (and some more classic ones), been to India and back, I am so far behind on by processing and posting that it is difficult to know where to start. So maybe let’s start by the end: I have collected this week the two rolls I shot in India over the last holidays.

I brought with me the Agfa Isolette III that came back from repair in September; the camera is small and shoot 120 film. I just did two films in 10 days (actually only 20 shots); India is so overwhelming it is difficult to take the eye from the DSLR.

A quick word on the trip, but I will do a full summary later: we traveled from Calcuta to Benares (Varanasi) via Patna, Nalanda and Bodhgaya. These are amazing places, really worth the visit. 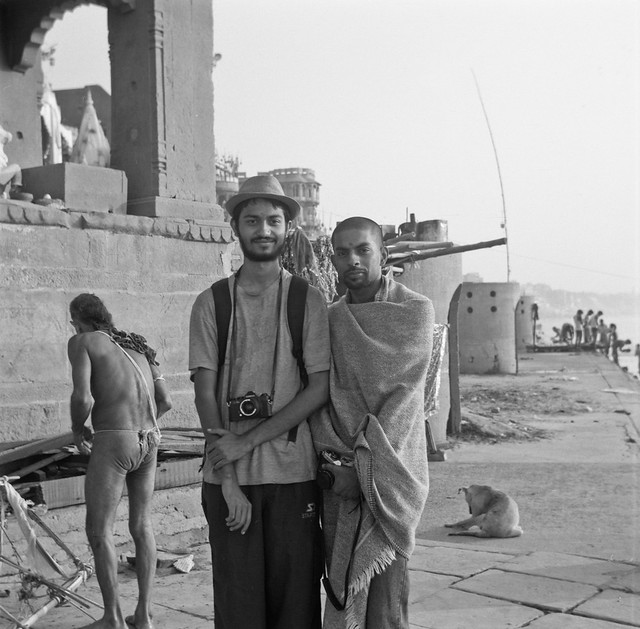 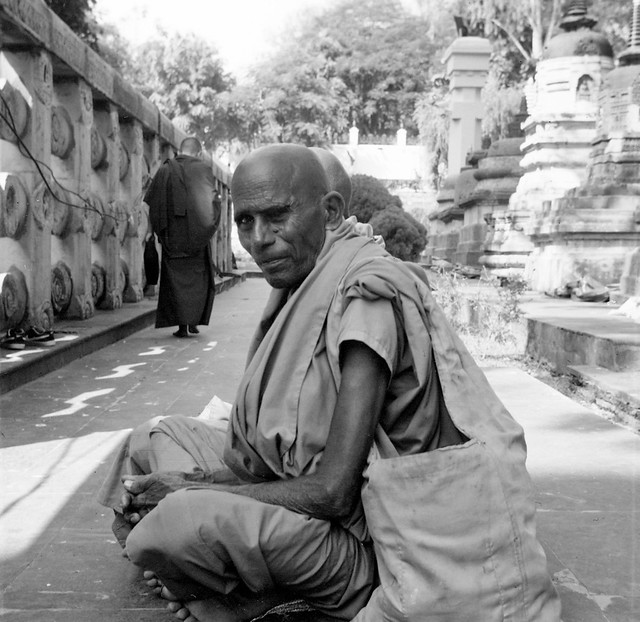 Buddhist monk outside the Mahabodhi Temple – Bodhgaya – India
The monk may be from Sri Lanka or Thailand from the color of his robes.
This holy place of Buddhism is full of monks and pilgrims meditating and a few tourists like us. Ask with a smile and they are all photo friendly. 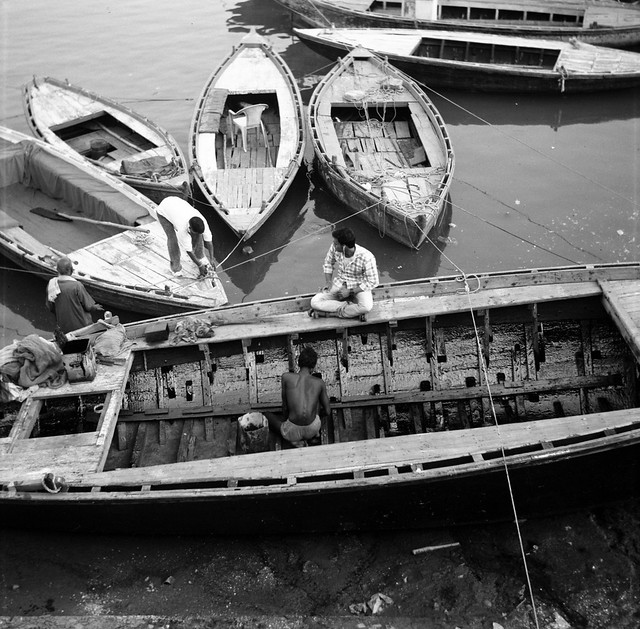 Guy repairing his boat on the ghats of the Ganges in Varanasi. 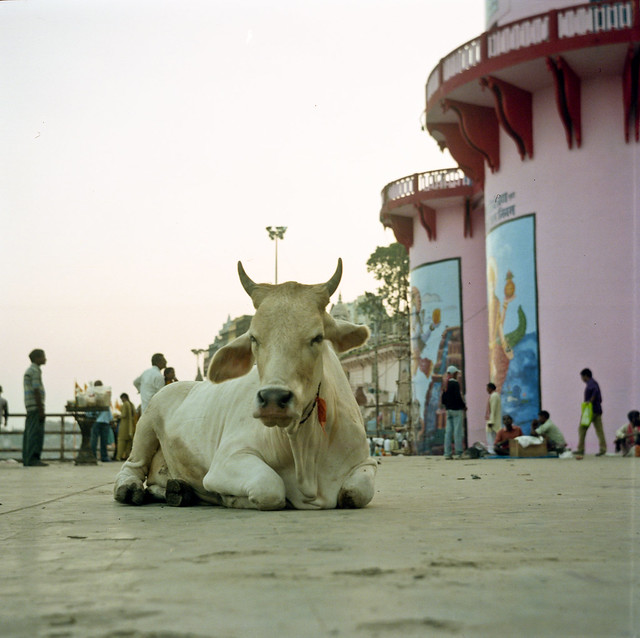 Holy cow; there are really plenty of them in Varanasi, beware where you step. 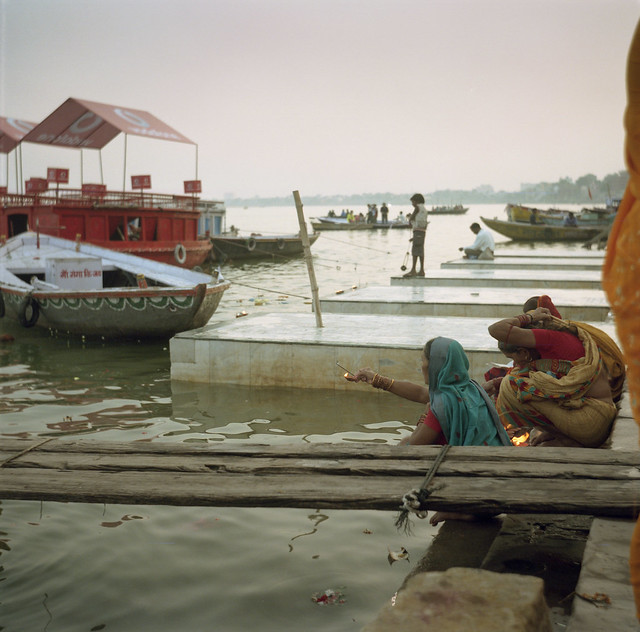 Evening prayer to the Ganges river 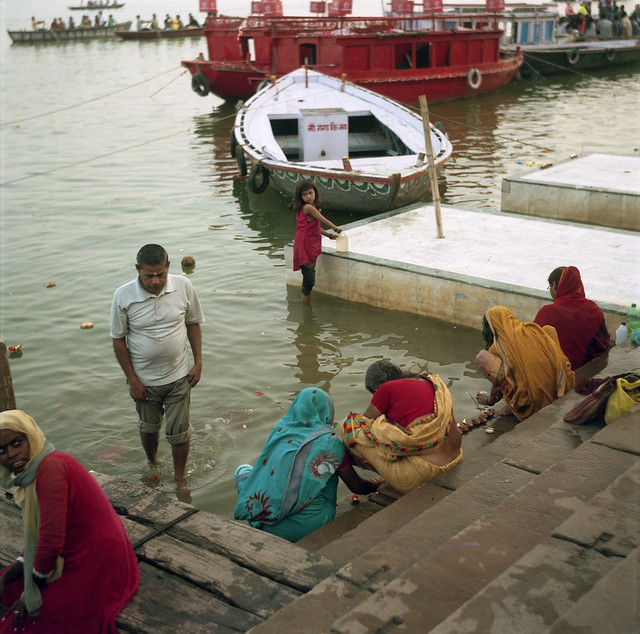 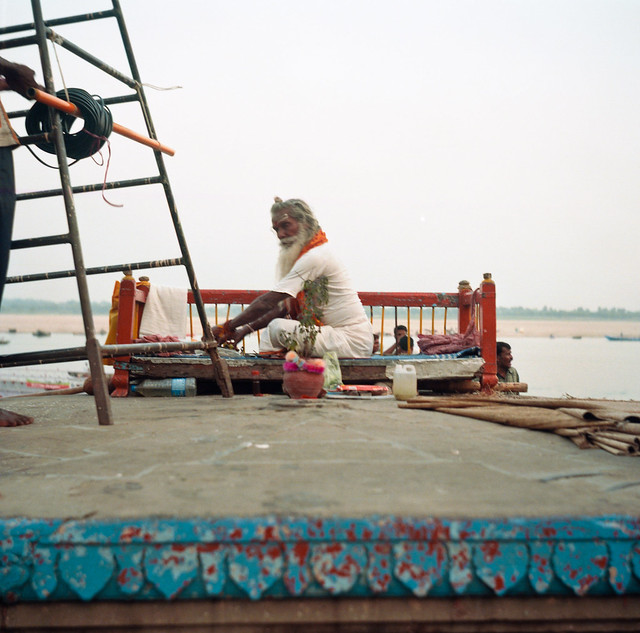 Sahu at work; they are plenty in Varanasi as well, but less than I expected, they seems to be far more in Pashupatinath in Nepal.

Black and white pictures with Kodak Tri-x 400ISO, shots at 360 with a yellow filter.

Color pictures with Kodak Portra NC 400ISO, shots at 360 unfortunately still with a yellow filter, but the scanner corrected the colours nearly automatically.

All scanned with Epson V500, corrected in Lightroom.