Last week end (2nd to 5th of June) was the Queen’s Platinum Jubilee, a celebration giving some picture opportunities.

Friday, all started by the air parade shot from my window with the crappy Canon Serenar 135F4 mounted on the Leica M262. The lens was already mounted on the camera, I was just playing around last week.

The city was generally dressed up in national colours and royal memorabilia’s. Here the newspaper kiosk on Sloane Square, shot with the Summaron 35mmF2.8, the M version with goggles. I really went al vintage lenses this week,

Friday a steel band was playing on Kings Road, a couple of ladies made their best to warm up the atmosphere.

But they were not alone.

Even the Chelsea Pensioners were out.

Some people were rushing to parties in the hood.

The party went on until Sunday.

People rushed to the Mall on Sunday morning to see the parade.

and actually walking against the flow, we reached Hyde Park Corner and met the parade, with no crowd at all.

Sunday I changed the lens for the Summaron 35mmF3.5 ltm, a better choice as it is easier to focus without the goggles.

After watching so many horses, we moved to the Belgravia street party on Elizabeth street (the well named).

And all finished with a bit of music (and beer)

If you are not bored by now, I will have some film shots from Saturday to post as well.

A follow up of the last post , I showed pictured made with the Hassie 500 CM on Cinestill 50D, but that was the Leica User Group Singapore outing after all, so I carried along a Leica M4 for film shots (here) and a M262 for Digital.

On the recommendation of fellow members of the group I brought my longer lenses, the 90mm Elmarit and a Canon Serenar 135mmF4  (the bad version). I did not use the Serenar on the M4, it is too unpredictable no use to throw away valuable shots.

It is easy to see here what shots are taken with the 90mm and whose with the 50mm.

Shooting with the 90mm is very unusual for me, specially on film. The Elmarit often comes with me on holidays but only for a couple of digital shots. The results are quite pleasing, it offers very different point of view.

The film is another roll of my bulk Ultrafine Extreme 400 hand-rolled. The processing from the lab was a bit below the usual quality, that’s life.

You see mostly men in these pictures, but there were many women as well, they just did not come on the frame at the right time.

This is a small follow up of my last post where I related the purchase of the E-PL2. Since the I took the camera out a few times and actually for something “obsolete” is is not so bad.

The 4 shots in this post have been taken with the Canon Serenar 135mm F4. This is a quit ebay piece of kit I got from the web from 80 USD. It is likely to have been built between 1948 and 1952, and mine has a scaler in feet, which means it is an export version.

Despite my short sight focusing with reading glasses and the zoom feature is possible. I wonder is the EVF (Electronic view finder would help).

I still think that looking at full size there is some noise reduction happening and I prefer not to have it. But it may also just be the lens which is not that sharp and a bit hazy.

GOING DIGITAL WITH THE OLYMPUS E-PL2 – 2

Sunday was an open doors day at the STPI along Singapore river. On top of excellent exhibitions through the year the STPI does an open day each year for the biggest joy of kids and adults alike.

It is an opportunity to learn about the many techniques of printing, and try them first hand.

On one of the workshops you also have the opportunity to make your own paper.

For more information about the STPI check http://www.stpi.com.sg/

My friend Chum gave me his EOS-1N last week. In pristine condition I must say. I rushed to Excelsior Plazza Saturday to get a lens. I bought a 50mm1.8 MKII for 99 SGD. Load 8 new batteries in the grip, a roll of TMAX and Sunday was the day I shot a Cannon SLR for the first time. 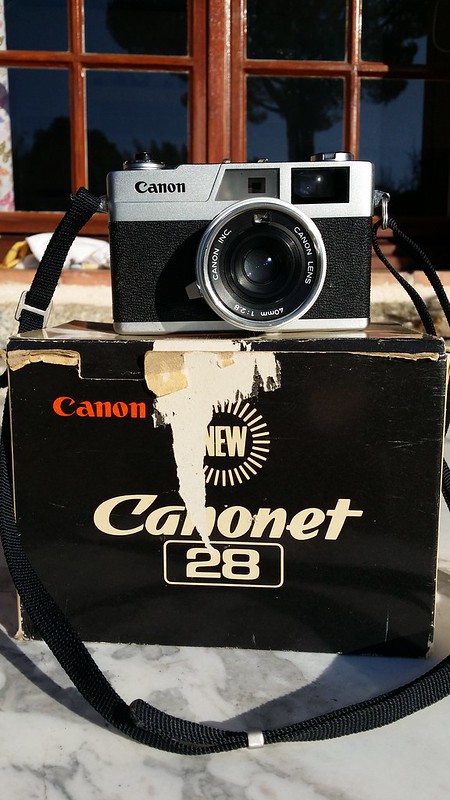 Encouraged by some of my tests with the Leica M240 in the summer, I decided to be bold and mount the infamous Serenar 135mm F4 on the Leica IIIC and walk down the streets of Singapore.

Nothing is perfect but I managed to nail a few decent shots (below) and miss a few more. The combo Leicaiii+serenar is very nice and shiny, maybe a bit too much, and a bit on the heavy side. The rangefinder works fine, which is a nice surprise. Apart from not being very well considered as a lens in general, my copy has a few issue, a bit of haze on one of the elements and also some internal painting is peeling. 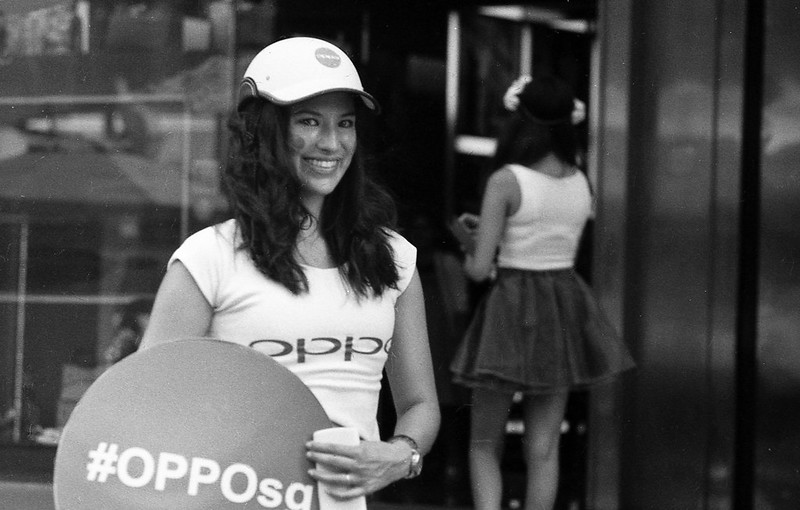 It is very nice to have models on the street at your disposal…. 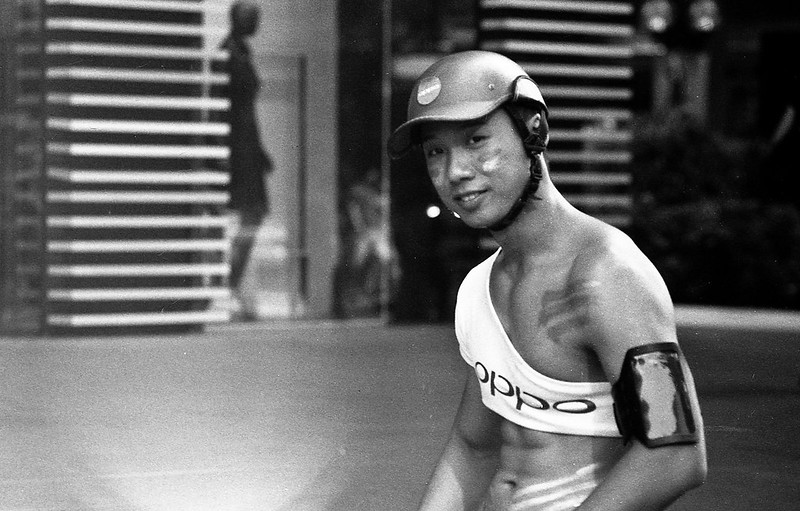 for all tastes, for boys and for girls, 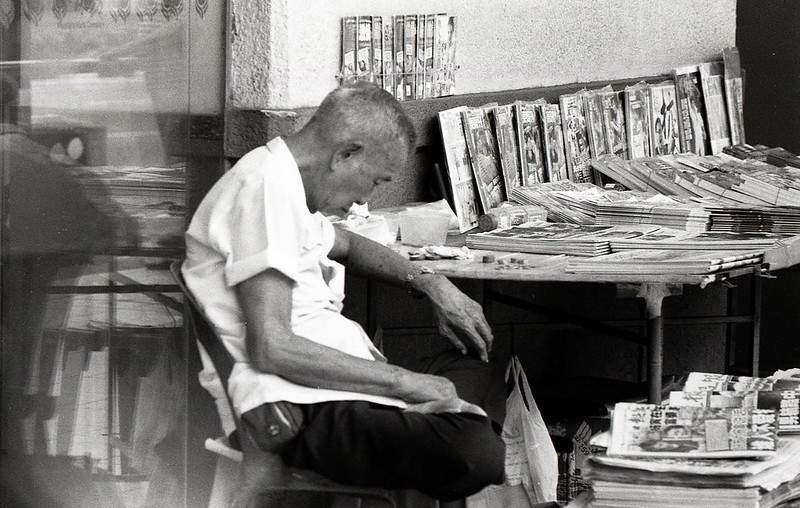 Nothing beats a little nap really. 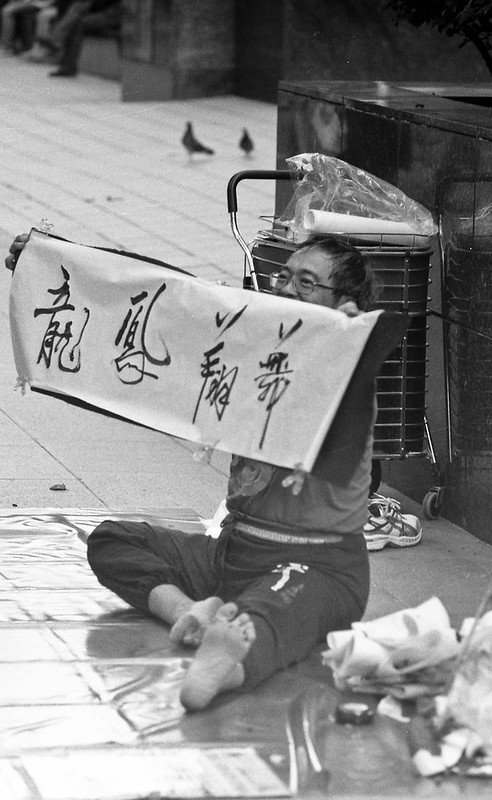 This guys paints with his feet and is able to do so even when taking very acrobatic positions. Unfortunately I cannot really tell what’s on the banner.

I can never resist doing something foolish, so after having owned the Zorki for a few weeks, I googled a bit and flickered a lot and ordered an adapter to put the Industar 22 lens on the Leica M4.

Leica introduced the M mount in 1954, before this time the M39 (LRM or screw mount) was the norm with some variations on the on the thread. Since 1954 it is possible to mount older LTM lenses on M bodies using adapters. Adapters have 3 functions:

I found a very cheap adapter on Ebay (8 $ including port) and could attach the Industar on the M4. Hurrah ! I managed to replace a 50mm Summilux F1.4 genuine Leica lens that costs a 1000 bucks by a Industar F3,5 russian lens probably older that costs me 50 dollars at most. The 3 functions above work very well : the rangefinder displays the proper distance, the 50mm frame is shown on the viewfinder and needless to say that the lens is attached.

I loaded a roll of Fuji Neopan 400ASA, so I can shoot at smaller apertures; we never know and a after a couple of days of waiting I got the results from the lab.

Walking to the office, I came across this guy painting a very nice mural that can be found on my Flickr. I made a couple of shots at F3.5 and 1/30s; probably the Summilux would have come more handy.

This lens has a terrible flare; I cannot see any special damage to my sample, so probably it’s a factory defect. I applied a bit of dodging in Lightroom to fix that one. I think the picture has a nice “old time” effect to it.

This one is my favorite; nothing to add, I just like it.

So all in all, that works, it’s good fun for 8$, plus the lens is very nice to focus but the aperture is a real pain to set. If you add the fact that the M4 has no internal meter it’s not so easy to take a pic. Or you have to play it but ear; very old style.

But that’s not the end of the story. During a late Sunday night at home I ordered on Ebay (where else) a Canon LTM lens, a 135MM F4, called Serenar, for 60 USD including shipping. I also got the correct 135mm adapter. This one was a different ballgame: