The French company Bergger released earlier this year the Pancro400 film in 120 roll film & 35mm. Without getting too much in the technical details that you can find here, this is a film  with high speed, fine grain and wide exposure latitude (from ISO 100 to 1600). As per Wikipedia, a panchromatic emulsion produces a realistic reproduction of a scene as it appears to the human eye, which is what most modern films are tending to (except the ones labelled as orthochromatic films) so nothing special to expect. Some of my friends think the film will have a tendency to highlight skins and darken greens / blues.

Recently during my last fridge replenishing order, I bought 3 rolls of this film in both 120 and 35mm.

I shot the first roll with the Dacora Digna, a 1950’s German 6×6 camera with a collapsible 80mm lens, a fixed speed of roughly 1/50 seconds and a choice of aperture of f8 or f11. This is not a perfect camera for testing a new film but the Hassie was 10000 KM away.

The film was processed at my usual lab; when I collected I was told it was pushed; the only explanation I had was that the guy from the lab knows the film need to be pushed. The result is ok-ish anyway, but the negative did not look too contrasty; I expected it to be overexposed a bit by sunny sixteen rule.

On a practical note the markings on the back of the film are very faint so it is difficult to read the frame number though the red window when you advance the film.

The pictures were taken during a walk to the Lac d’Allos one of biggest high altitude (2230m ) lakes in Europe.

Roll number two is at the lab at the moment, street shots from yesterday walk with the more reliable Agfa Isolette III, the last roll I’ll definitely keep for the Hassie.

Here is the new year; so first happy new year to all the readers of this blog, and happy shooting. This is the time for a bit of retrospective, and I won’t miss the opportunity. 2015 was another good (in term of fun) year of film shooting. I managed to break the psychological barrier of one film a week, actually getting to 55 films (this is a roughly total of 1500 pics)

I have been shooting both travels and city (or street) , black and white, slides and color print films, both in 120 and 35mm formats, with a total of 12 different cameras.

I had been quite good GAS wise this year, my collection increased “only” by two additions:

The Leicas are on top of the list as I have now more lenses to pay with. Pity the Nikon F did not get out of the cupboard more I’ll try to do better this year. Some cameras did not get a chance: the F4, the Kodak Autographic, the Canonet, the Minolta Himatic, the Zorki but frankly this last one is not worth using. The Nikon F3, is definitely showing some focusing issue.

Plans for the year: do as well next year, maybe some film only trips. Gear wise I promise to be a good boy: maybe upgrade my scanner or do some processing at home.

Next article I will try to do a small overview of the films  I tried this year.

Summer holidays in France means for me taking an odd camera out of the cupboard in my parents house. I must say I am always tempted to take the Dacora Digna  which gives me quite some quite consistent results. Its lack of settings, its Lomo / Holga style rendering (yes but a Free vintage Holga mind you) always make it for interesting results. 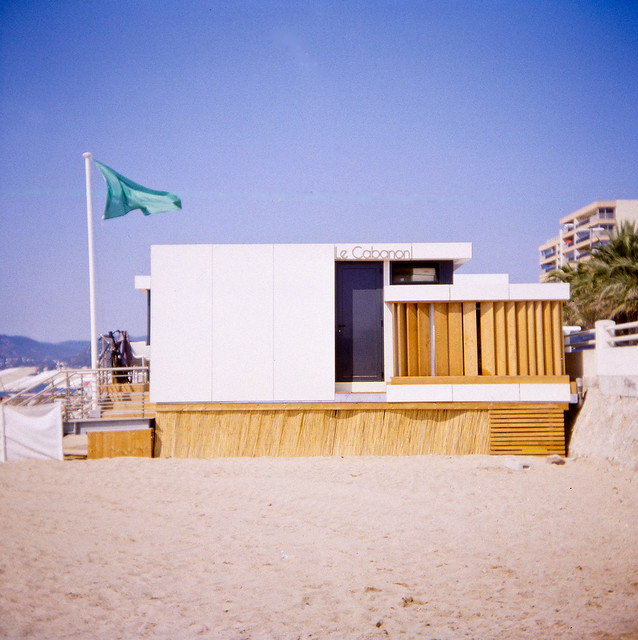 Le Cabanon de la Plage is an extremely nice good restaurant with an amazing setting on the border of the beach in La Bocca just outside Cannes on the French Riviera. 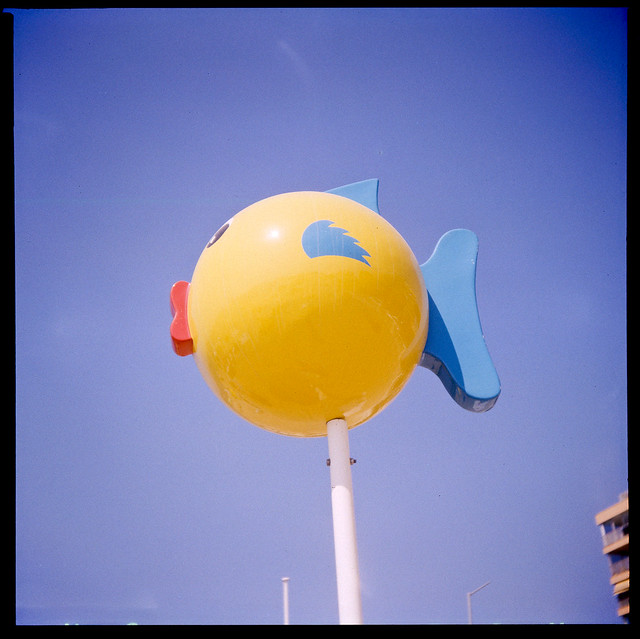 I also became partial to using slide film with it. This makes the price per shot quite high indeed but actually I really like what I get in return. 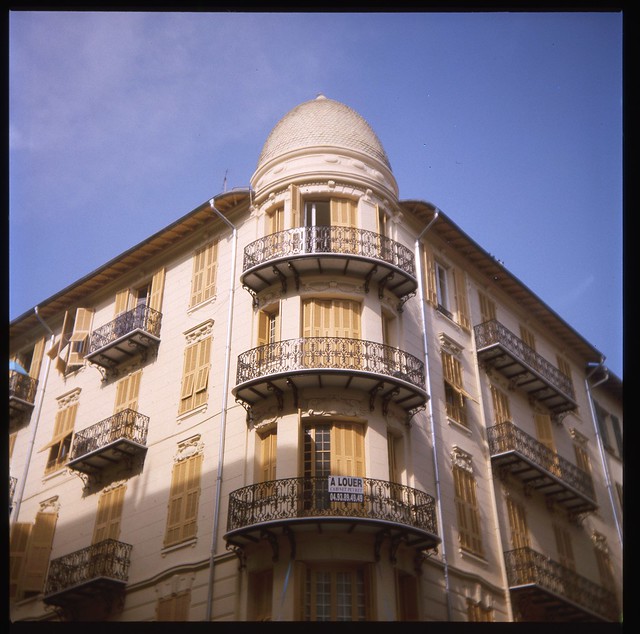 Nice is nice I think “Nice is nice” is part of lyrics of a song, this made us laugh our heads out when we were teenagers.

Finally, a subtle hint of posts to come, picking one one of the “odd” camera was quite challenging this year as I carried from Singapore my beloved Leica M4 and also my new long awaited toy, a pristine M6 Classic black with a Summaron 35mmF2.8.

This is probably the last film of 2013, all in all I think I shot 54 rolls not including a couple of complete lost ones, so I reached my target for the year: 1 roll a week. I am not sure I will do it again this year.

But back to the Rollei Digibase CR200. This is a slide film, formerly sold as Agfa Precisa, and now produce by Agfa in Belgium. I orderd a 5 pack a few month back and found it in the post box (so to speak) when I was back in Cannes for Xmas. I could not resist to try one of rolls.

My medium format of choice when in Cannes in the Dacora Digna. A german point and shoot made in the late 50’s with a single adjustment for apperture : F8 and F11 (this was all shot at F11) and a very simple shutter made of a single spring that works more or less at 1/50 seconds. The distance is set on the barel of the extensible lens with just 3 markings.

Back in Singapore it took a while to have the film processed: I was told that the guy doing slides was busy which I think is a good sign (or maybe he has so little work that he waits a few weeks to process a a couple of rolls in one batch). Anyway 4 weeks and 12 SGD (7.5 EUR) later I got my 12 shots. Talking about money I think the film goes for more of less 5EUR.

The film is easy to scan, although a bit curly, the colors are going out very well, very natural, unlike the last roll of Fuji that I scanned. There is probably more grain than on other slide films, but oh actually are there any other slide films available in 2014?

All considered I’m very pleased and cannot wait to try in with the Hassie.

This is a lucky year for the Digna, not only did he get to shoot a roll of slides at Christmas but as I was recently on holidays back home I did 2 more rolls with it. 3 rolls in a year this is unseen for this little camera that I use on for holidays.
What I like the best is what I call the “Lomo effect”, the little distortion of the picture that make it a bit more interesting. So these are just holidays snaps, with this little extra.