As usual now I picked up the travel kit in my travel bag (3 year old Wotancraft scout) : The Leica M262 and Leica M6, plus a few lenses, 28 / 35 / 50 Summicrons and also the 90mm Elmarit. I know that’s a bit too much, but hey you don’t travel these places every week.

I was quite excited to shot a roll of Kodak Ektachrome. This is my third roll and I quite like it. I an not a great landscape photographer, but I had to give it by best shot.

Most of the shots here are done with the 28mm Summicron Asph V1.

I could jest by saying my recipe to shoot slide is : load the roll, removes the lens cap, aim, shoot. But that’s pretty is actually, the M6 meter is accurate (I changed the batteries before the holidays).

100 ISO is great for full daylight, still it was very bright, I cannot recall exactly, but a lot of shots where around 1/250 and F11.

The next best thing to shooting the the seascape is looking at sunsets. I often mock shooting sunsets, a bit cheesy, yeah yeah, but when its nice, its nice.

And the slide film is doing a good job in this case as well. Mettering was a bit more on the guesstimate side. It was a bit easy for me because I made the guesstimate work with the M240, so I did not lost many shots doing the above and the next one.

Final sunset with drinks at the jetty above before heading back to Cairns the next day, and hanging around a couple days there before reading to Ayers Rock.

Ayers rock is a beautiful place, at that time of the year (late October) but very hot (40 degrees Celsius), the colors are gorgeous. We had a very short stay there, so we did what we could.

We walked around the rock at lunchtime and dined under the stars. 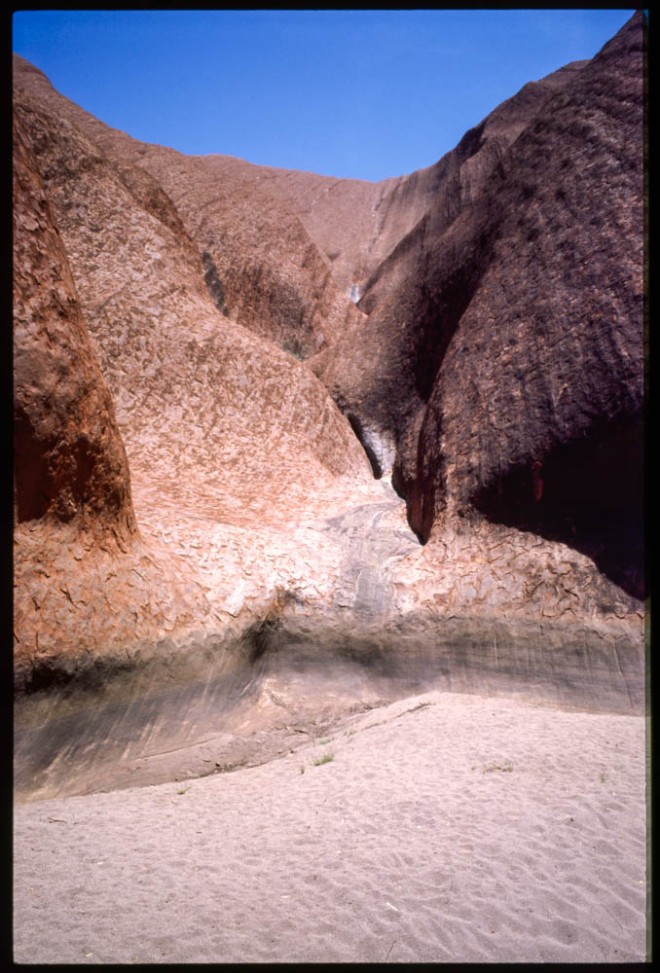 Uluru is surely a superb place, beautiful, magic to a certain extent, maybe not as toutching as other places I have been to, but maybe I did not stay long enough.

And finally before you ask, I was in Uluru after the rock was closed from climbing, and would I have been there the week before I would have not climbed it.

Finally I shot a single roll during that week. The rest is digital and maybe that would be for another post.

This is the second roll shot with the Hasselblad during the outing to Mc Pherson area. The Lego buildings at this point were behind us, so not too many shots of the “Mondrian” colorful pattern here. 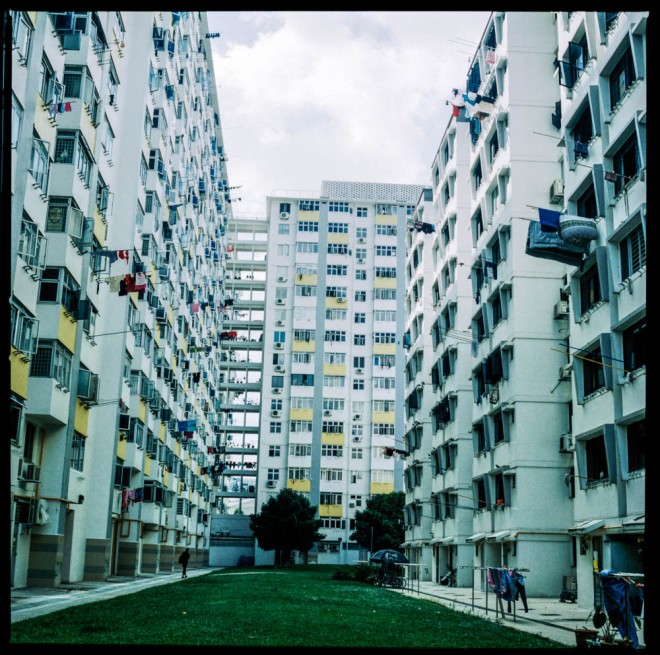 Shots are done with the faithful Hasselblad 500cm, with 80mmF2.8 and I used a more than 2 years expired roll of Rollei CR200 . 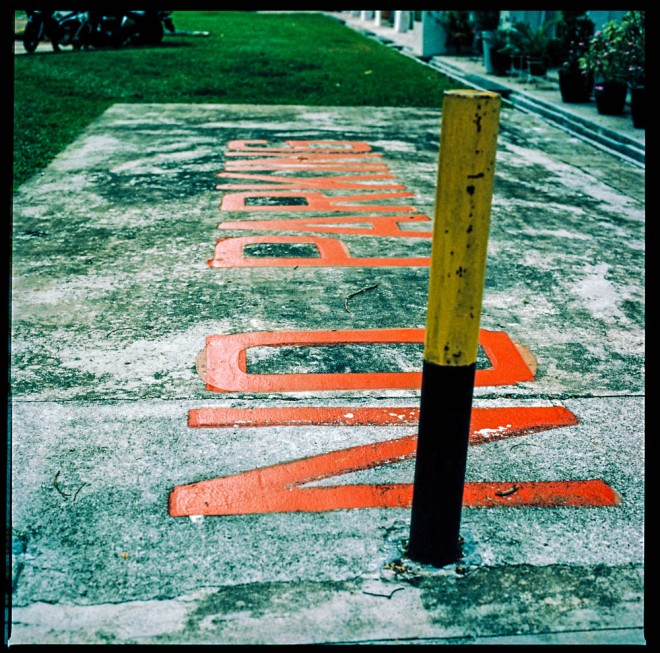 When I collected the slides from the shop I watched them on light box there and they really looked brilliant. Once scanned I must say I am a bit disappointed, maybe not trying hard enough. 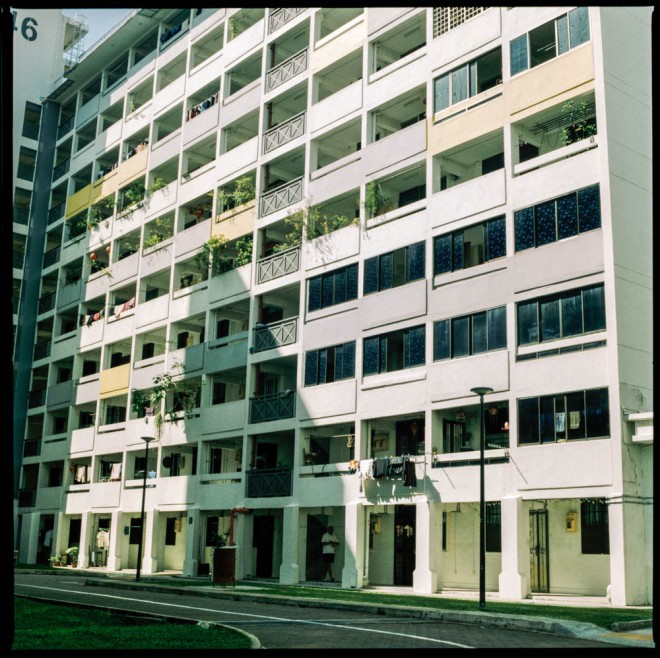 I  think the high contrast of the slides make it difficult to scan. 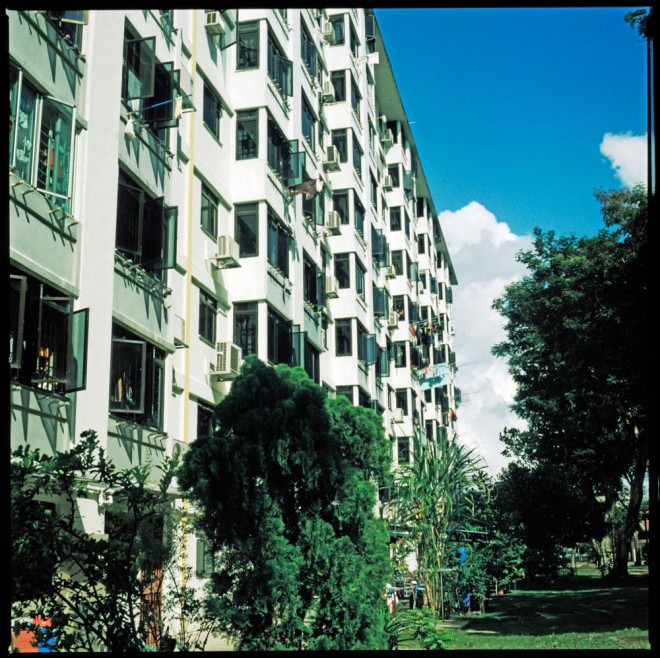 Also the weather started to turn a bit more cloudy and the colors less saturated. 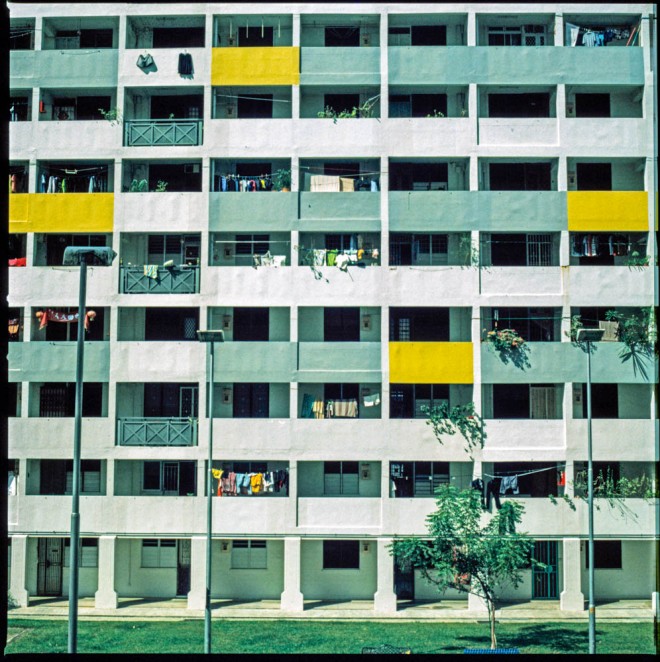 This type of shots may benefit from using a tripos as well. 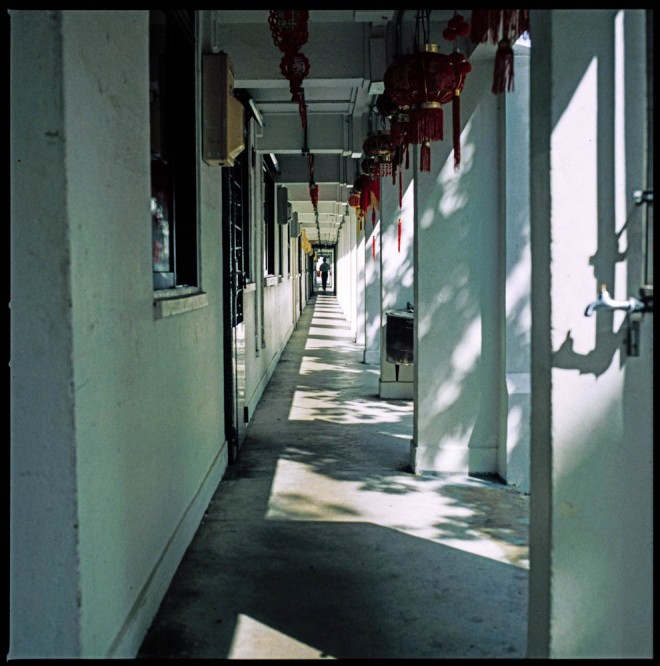 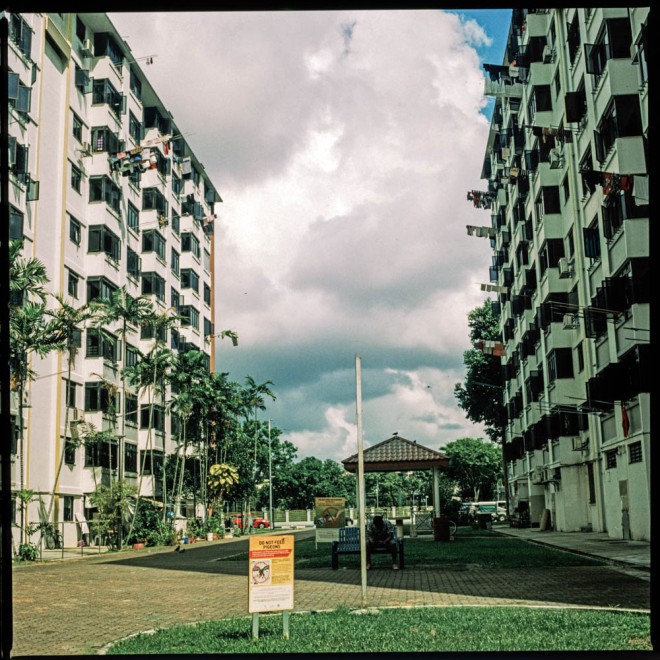 I love this area, I used to hang around there weekly until two years ago, it goes under a slow gentrification, but still very interesting with its workshops, warehouses, small shops, bars, coffee shops…

I don’t like the rendering of the next two shots, but sure they look vintage enough.

All in all a nice set, but not as nice as the Portra roll of McPherson “Lego”buildings . It does not seem the film has suffered from being expired, but it was kept in the fridge most of the time.

Summer holidays have been over for a few weeks, and it is time to go back to this blog. As usual I did not shoot as much as expected during the holidays. One poor roll of medium format Rollei 80S with the old Kodak Autographic, and with the M6 a roll of Kodak Gold and the present roll of Rollei Vario Chrome.

The Rollei Varichrome is a reversal (slide) film, claimed to have high latitude and can be shot between 200 and 400 ISO, 200 being recommended for scanning. Although introduced in 2017 it seems it is a “new old” stock that will have a limited availability. some reading suggest this is altogether expired material already. Note this film can be cross processed in C41 as well.

My complete roll is a bit over exposed, in particular those of the Atomium, generally the dark areas are not dark enough.

Above shot of the botanical garden in Brussels is very pleasing, the lack of contrast gives a great mood.

The following street shots taken during the FIFA world cup final also work quite ok. The vintage look is overall quite nice, except maybe the picture of the two young ladies, but it may just be the exposure being off on that one.

I like very much the first shot and the one above taken in the vintage café “La Mort Subite”.

All in all this looks too much like an Instagram filter to me, some shots are very satisfactory, but it will become very gimmicky to use. The experience is quite expensive as well, I think the roll was like 18SGD and the processing 13 SGD, so more or less 1SGD a shot. Shooting a roll of Kodak Gold would cost half of this and Instagram filters are free. In conclusion it is worth giving it a try, but then it’s better have a subject on which you will shot your whole film, the gimmick effect being lost in the consistency of the subject. For instance I imagine a wedding photographer may like to shot a roll of this as a special feature. For me I don’t think I’ll use this again.

Finally two shots below on quite different subject : 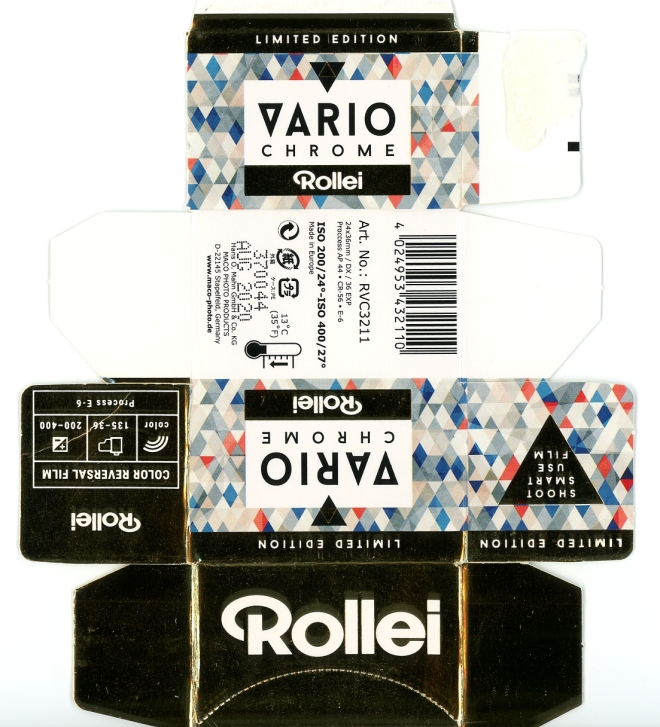