In the Golden Temple community kitchen an average 75,000 devotees or tourists take langar daily; but the number becomes almost double on special occasions. 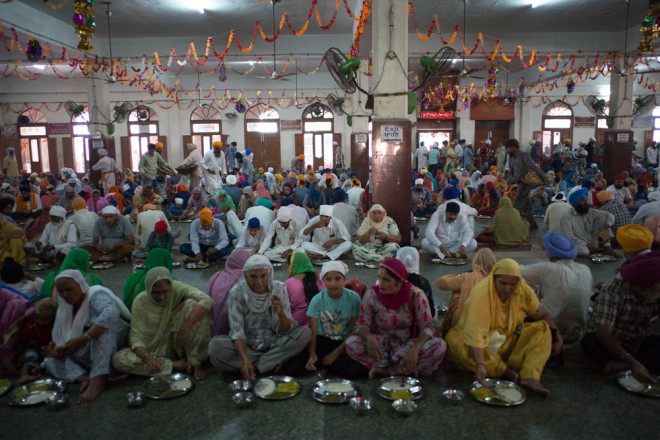 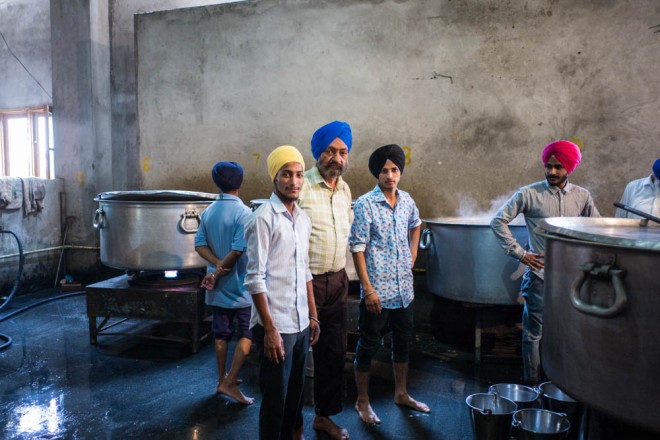 Everyone is welcome to share the Langar; no one is turned away. Each week a family or several families volunteer to provide and prepare the Langar. 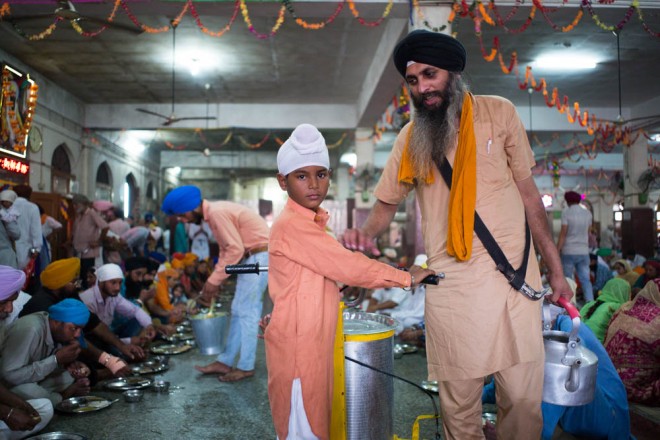 All the preparation, the cooking and the washing-up is done by volunteers and or by voluntary helpers (Sewadars). 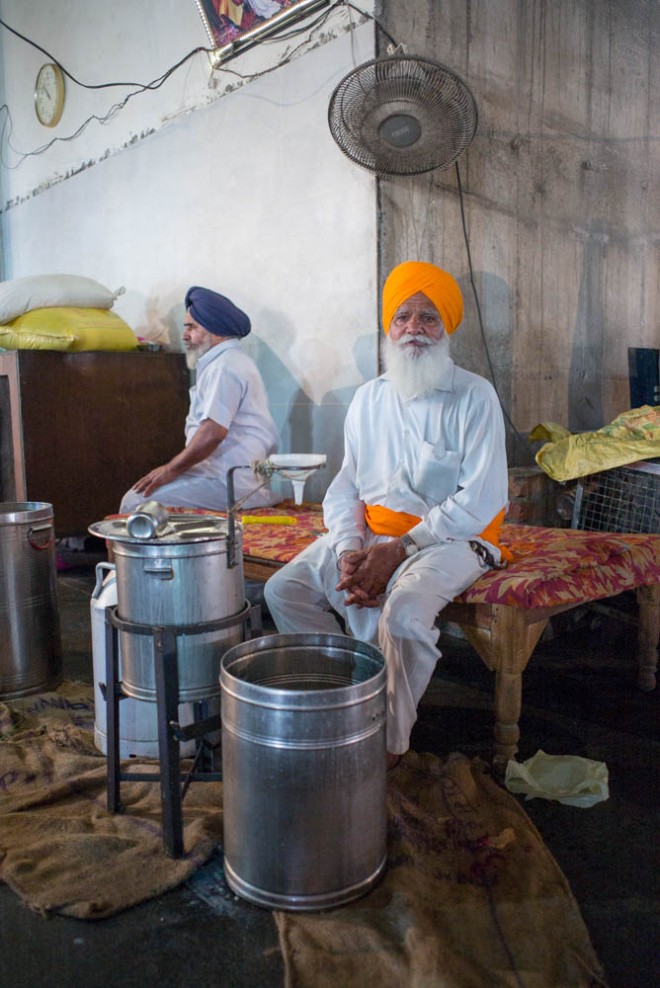 The community kitchen in the temple shows the Sikh ideal of charity : A Sikh is under a religious obligation to contribute one-tenth of his earnings for the welfare of the community. 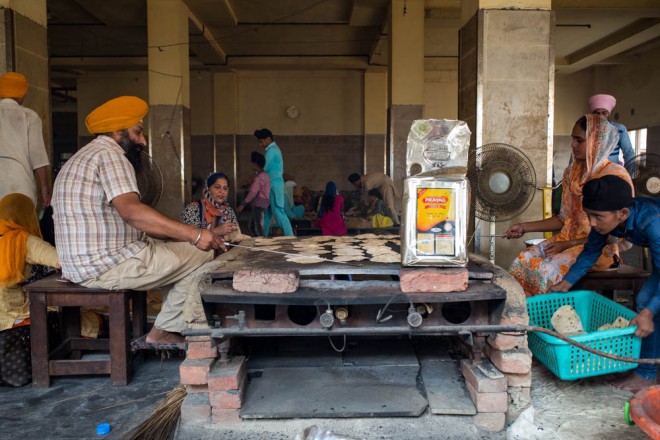 He must also contribute the service of his hands whenever he can, service rendered in a langar being the most meritorious.

It has ensured the participation of women and children in a task of service for mankind. Women play an important role in the preparation of meals, and the children help in serving food.

The Community Kitchens gives a great demonstration of equality between sexes and social backgrounds. 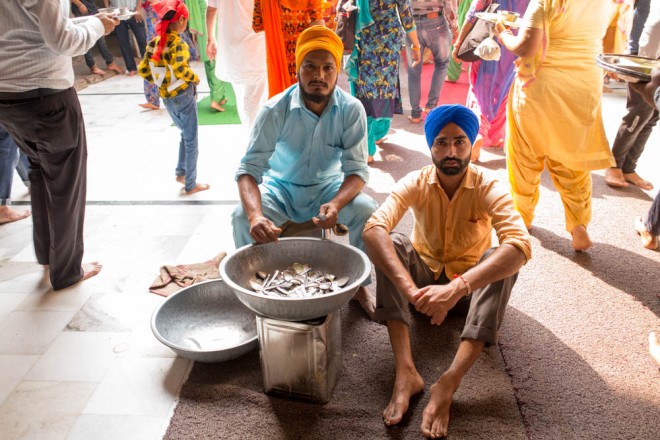 All shots with Leica M262 + Summicron 28 or 50. I used a higher ISO for those, the light being a bit random. People in the kitchen are very photo friendly; as long as you are not in anybody’s way you can take your time. But be careful you may be dragged into making some chapatis.

The Golden Temple in Amritsar, known as Sri Harmandir Sahib,  is the holly place for the Sikh faith.

The entrance is a short walking distance from the street, but on the Sunday we visited the traffic was so bad we had to envoy a nice stroll through the streets of the city. A bit esplanade sits in from of the temple (above) where many pilgrims sleep at night. The entrance is North gate called also the clock tower.

After having left your shoes at the counter, covered your head and washed you hands and feet you can step trough the gate and access the path around the Sarovar (the holly pool of immortal nectar) and have a view at the golden temple, the sanctum-sanctorum. 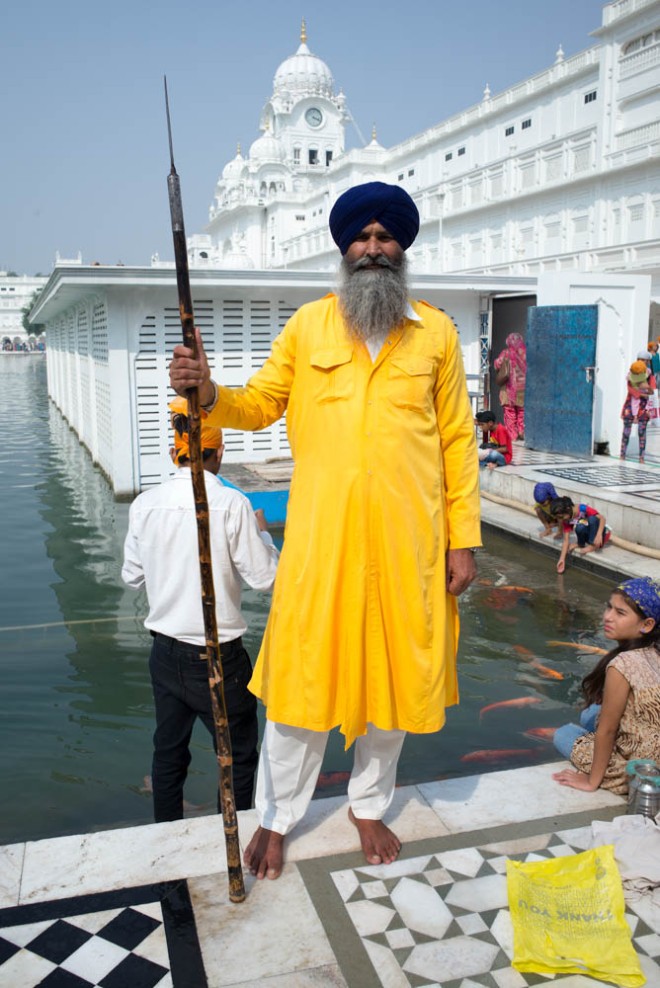 Benevolent and photo friendly guards are posted around the pool.

Sunday may not be the best bet to visit as you see above we were not alone.

In various stations devotees envoy a ritual bath, note that there are special enclosed sections for women. Sikh are so open minded that we were told nobody would be offended if a non Sikh  would have a dip. 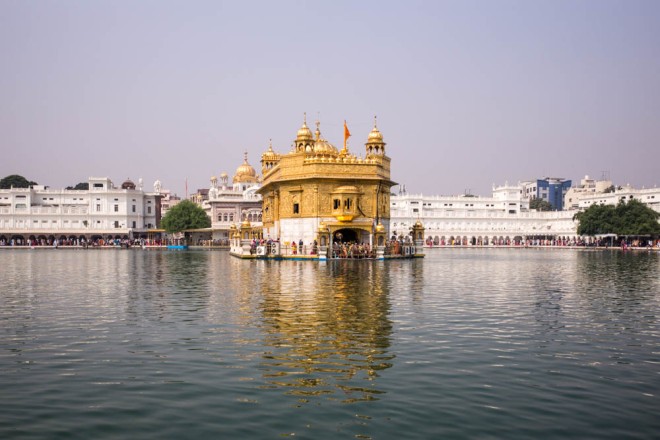 An important part of the Sikh temples is the kitchen offering food to every visitor, school kids above were waiting to get their meal.

Inside the Akal Takhat 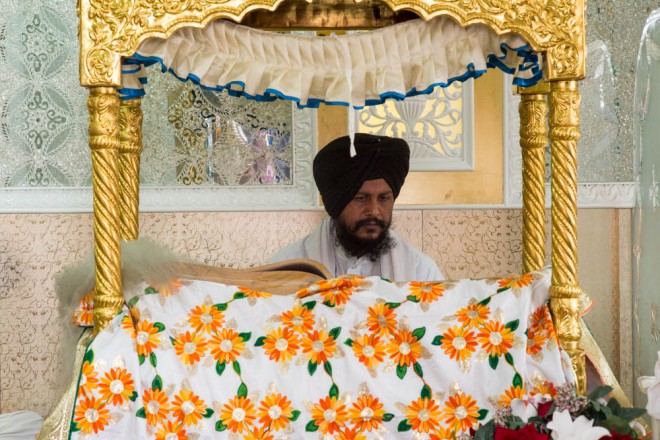 A Sikh man reading the Holly book in a small chapel around the pool.

Volunteers working at the cleaning of the holly pool.

Sikh apprentice meditating, yes you can become a Sikh (Elmarit 90F2.8). There can be many reasons, like getting married to a Sikh for instance. 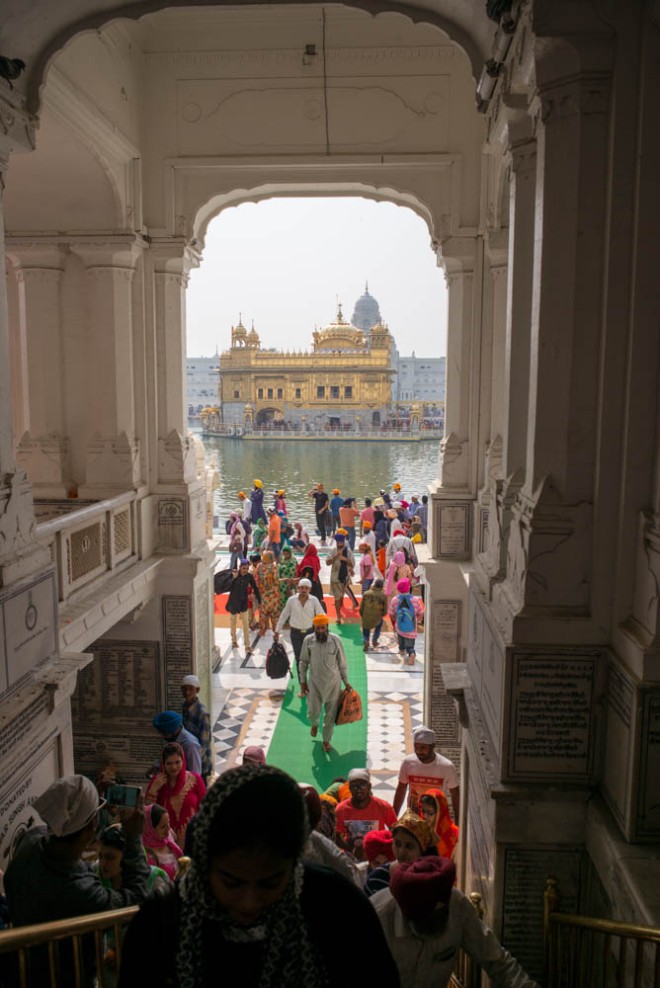 Every night a ceremony is held in the Golden Temple in Amritsar (also known as Sri Harmandir Sahib), the holiest Sikh temple.

It is called “sukhasan“, it consists in bringing back the Guru Granth Sahib, the holy book of the Sikh, from the Sanctum (golden pavilion) to its resting place (Akal Takht). 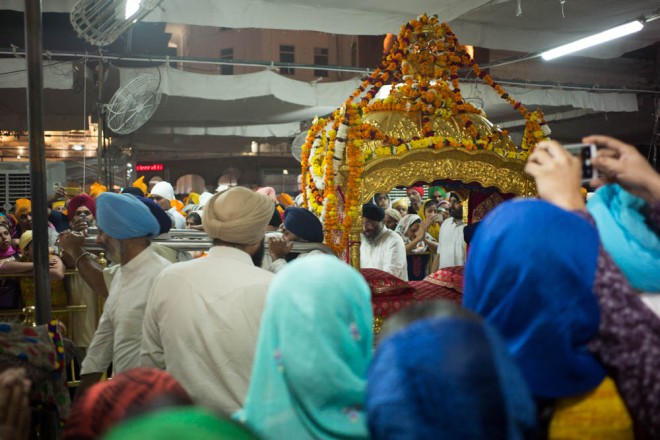 Priest and devotees line the way between the two places and watch the palanquin being brought from the resting place to the pavilion and the Guru Granth Sahib return.

It starts at 9h45 and last 30 minutes; the place is really packed and it is very difficult to have a clear view of what is going on.

On the way back a blue Hindu temple (“Saturday temple”) can be found, this small place sees many devotees, Sikh and Hindu alike. 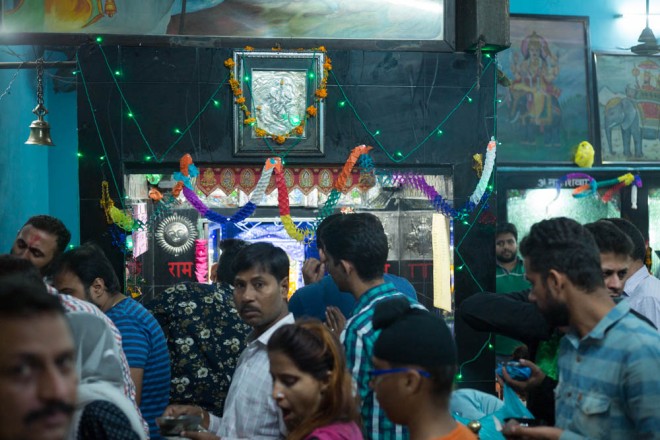 The area around the Golden Temple is very lively at night, with a lot of food stalls and people walking around. 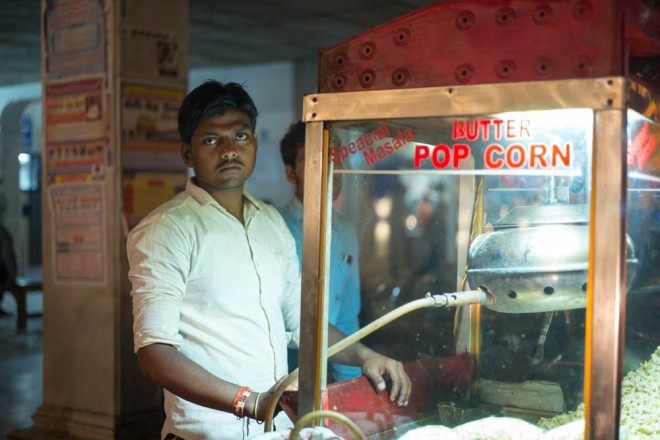 I will make a summary pape about our travel in Punjab; more information on Sikhism can be found on http://www.sikhiwiki.org/