A follow up of the last post , I showed pictured made with the Hassie 500 CM on Cinestill 50D, but that was the Leica User Group Singapore outing after all, so I carried along a Leica M4 for film shots (here) and a M262 for Digital. 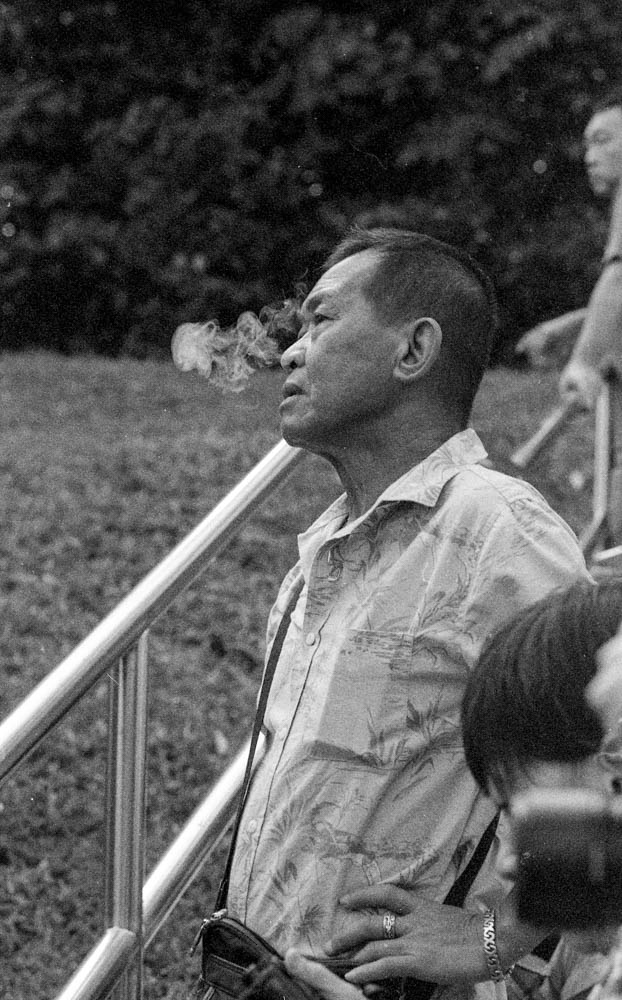 On the recommendation of fellow members of the group I brought my longer lenses, the 90mm Elmarit and a Canon Serenar 135mmF4  (the bad version). I did not use the Serenar on the M4, it is too unpredictable no use to throw away valuable shots.

It is easy to see here what shots are taken with the 90mm and whose with the 50mm.

Shooting with the 90mm is very unusual for me, specially on film. The Elmarit often comes with me on holidays but only for a couple of digital shots. The results are quite pleasing, it offers very different point of view.

The film is another roll of my bulk Ultrafine Extreme 400 hand-rolled. The processing from the lab was a bit below the usual quality, that’s life. 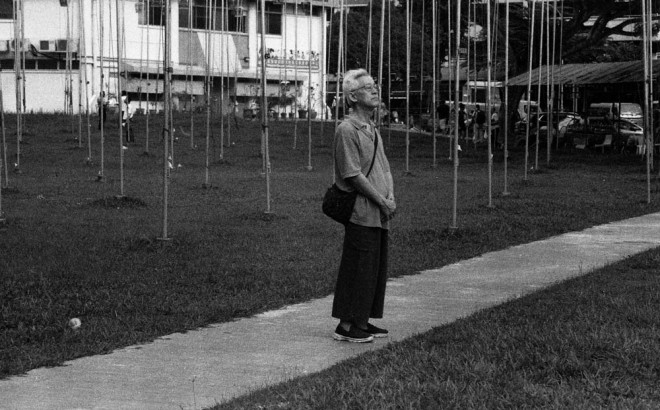 You see mostly men in these pictures, but there were many women as well, they just did not come on the frame at the right time. 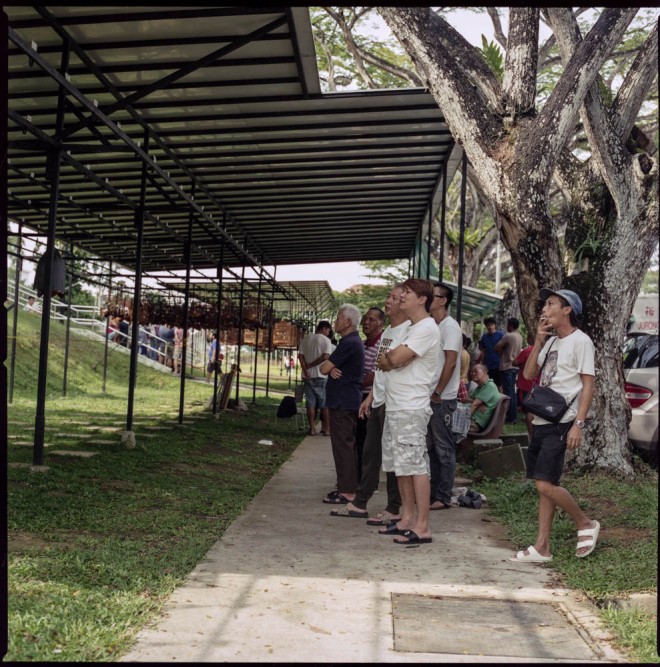 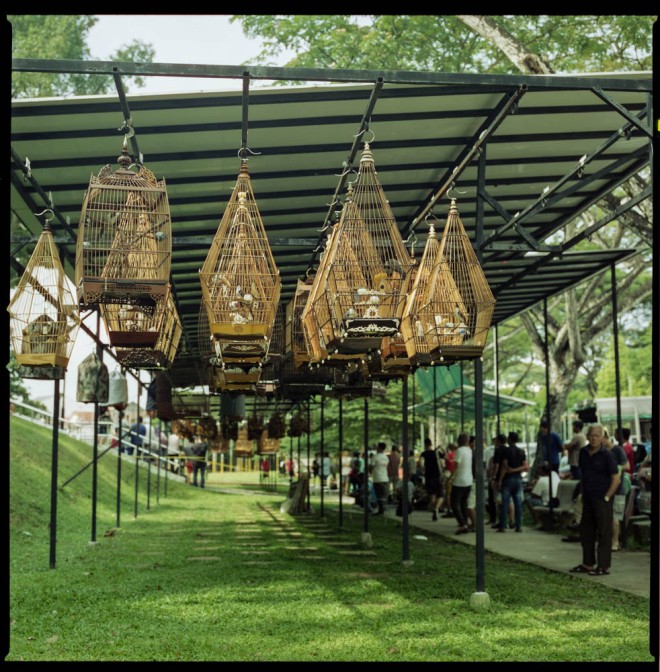 The Hassie came to the party loaded with a roll of Cinestill 50D. Here is the result. The Kebun Baru Birdsinging Club is  place in Amg Mo Kio, central Singapore, where bird lovers have their pets compete. In both singing and look competition.

It is a beutiful places with both shadow areas with low hanging bird cages but also a wide open space with high poles were cages are hoisted by a pulley system. 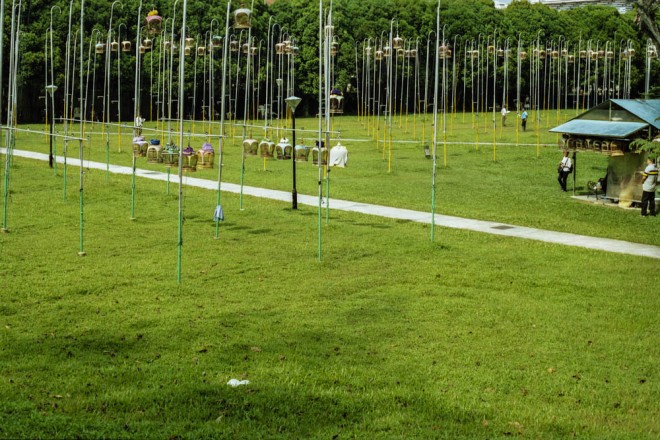 On competition days judges are walking between the birds and give notes. 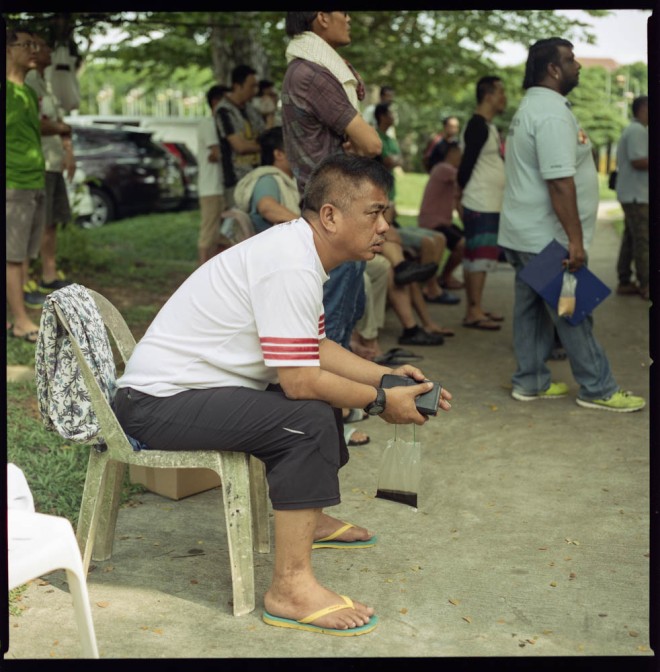 The title is a bit pedantic, but actually it came from something very down to earth. I recently reviewed 30 years on pictures for a small personal project and the experience was both fun and sad. The fun side came from the obvious pleasure of looking at them : the reason why we like photography. The sadness was brought in by the shots I did not take: these long lost friends I have no portraits off, this great week end, that awesome holidays; my first car, but also for the lack of quality of some shots, making them unusable for my project, and just plain depressing : how could have I done that?.

This lead me to reflect (quickly) on the quality of the many shots I take, and my overall photographic journey. A bit further in my thinking came the idea of sharing how I select my shots maybe for a rolls or two.

I just collected today a roll of Ilford Delta 100 from the lab, it was shot with the Leica IIIc and the Summaron 35mmF3.5, over two weeks of relatively no inspiration and crap weather. So maybe this roll is a bit more lame than usual, but let’s see.