So a few weeks ago, after the last roll shot with the Agfa Isolette, I decided that  something must be done with the rangefinder. My easiest solution was to order a second Agfa from Ebay. But actually when he finally reached home, the camera was in very good condition but the rangefinder was stuck and so was the lens focusing ring. So I took  step back and decided to leave it alone (for the moment) and try to fix the rangefinder of my original Agfa.

I think I mentioned earlier this is a family camera bough in 1958 in Germany by my dad who was in the French forces there. It was my first medium format camera, I used it for the first time in 1990 (30 years ago already). I looked at this link and proceeded to fix my rangefinder : The Classic Camera Repair Forum: CLA’ing an Isolette III.

I don’t have much to add to the procedure, this precise camera has other issues so I think I will proceed with repairing the other one soon, or maybe send it to repair, depending on the time I have at hand.

Once again I used a roll of Rollei 80s because I have a few hanging around and because I love it. Shot at 100 Iso, this is a slow film for the weather conditions so some shots were taken at 1/50s F4.5.

I processed the roll in my second batch of Caffenol, so this is my Caffenol roll #7. The results are good I think, but there is a lot of dust or particles compared to the roll#6, I am not sure where it comes from and I am  bit disappointed as I took care to filter both the Fixer and the Caffenol before using them. I also added 1 minute to the fixing time, just in case.

It also seems there is some unevenness on the processing. I will have to reach out for some advice.

Ah yes so what about the rangefinder ? Well see for yourself, but it looks to me that it may not be spot on but it surely can focus.

Did I fix the Agfa Isolette rangefinder?

During the last outings of the Leica User Group Singapore (LUGS) of 2019, I had the good idea to carry the Hasselblad 500CM loaded with my favorite film: the Rollei Retro 80s

I love the range of grays and the profound black that this film can produce. This is not all art but a nice walk with friends at a time when this was possible. I put the full roll, no censorship and some edition in Lightroom. Film was was processed at the usual lab (Ruby Photo) and scanned at home of Epson v800.

Touring Singapore Chinatown with the 500CM 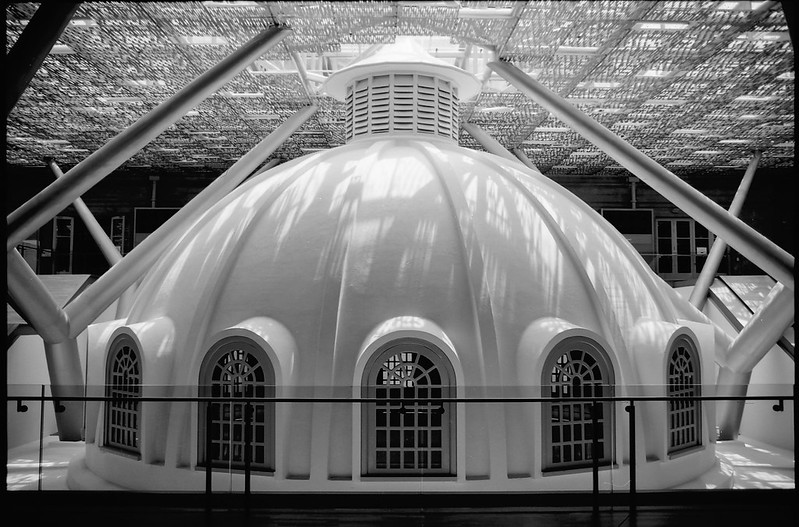 As this was the first outing of the year,  I could not resist bringing along a second camera, the Nikon F photomnic with the original 50mmF1.4 non AI. 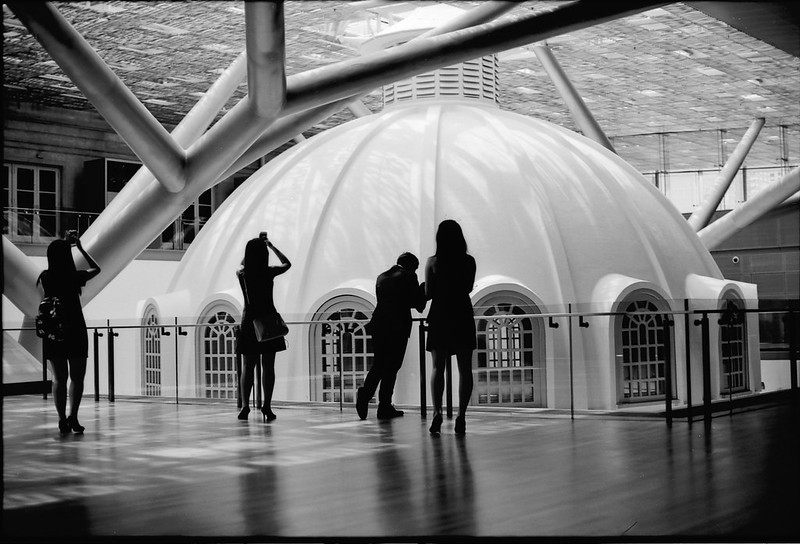 When I did the write up of the film shots of 2015, I noticed the Nikon F only went out of the box once and this is not fair, I have some interesting lenses that can attach to it and it should hit the road more often this year. 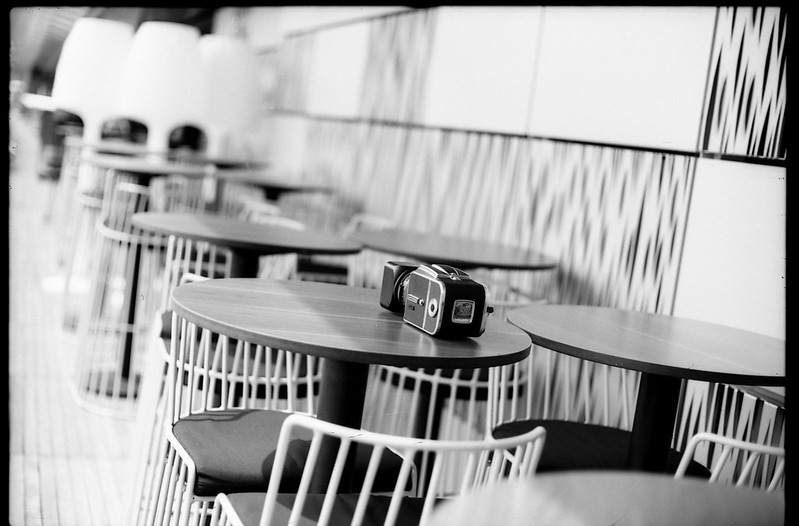 The batteries from the stock seems to be still working; I pulled from the fridge a roll of Rollei retro 80s. This is the first time I use this film, I read you can shoot it at 100. This film is expired for a bit more than a year, but sitting in the fridge that probably does not matter. When I bought the Nikon F  a few years back I grabbed two measuring prisms and both although far from mint provide accurate measuring, at least as good as the handled meter. 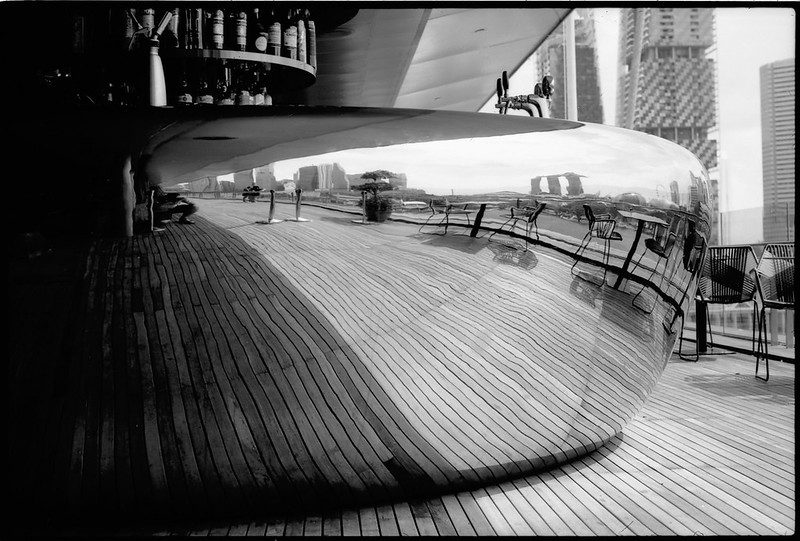 Same as for the Hasselblad shots, all the pictures are made handheld, the 50mm is the equivalent of the 80mm Planar on the Hassie, not the best for architecture shot, but both cameras are already quite heavy so I could not consider bringing another lens (anyway the wider I have with the connection prong is 35mm). 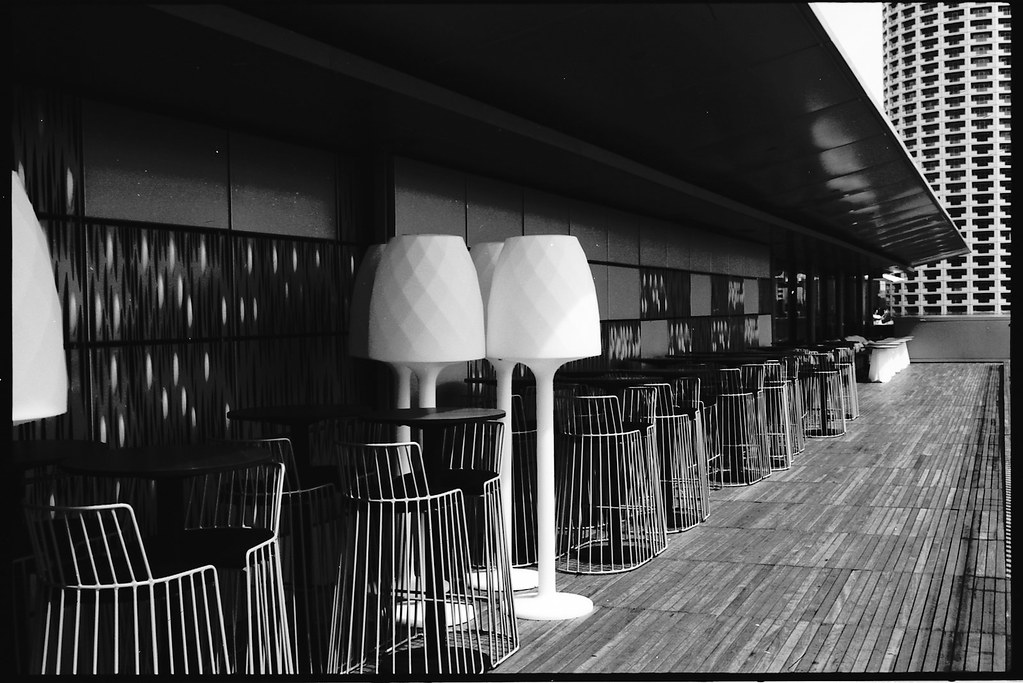 The Rollei film performed quite well. It has as expected fine grain, it is quite contrasty, the scanning is easy as the negs are quite flat, the film has an odd blueish tint. Some of the shots have some deep blacks, and nice grays. The measuring seems to be not always on, but maybe it is more due to the meter of the F than to the characteristics of the film. This film seems to show some character and I’ll get some more when I can. I’ll probably test with another camera, the EOS1M which has better metering capabilities. 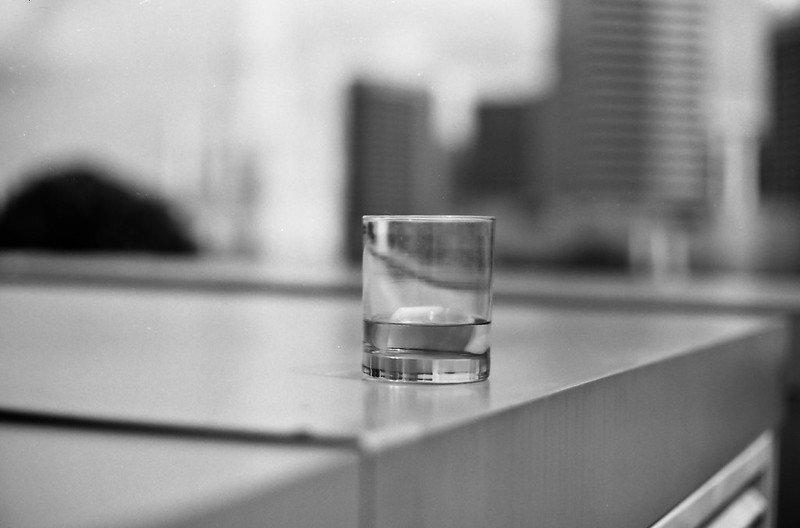 There is not much more to add about the National Gallery from my last post, maybe that the place boasts a few restaurants (at least 3 or 4) and the prime minister of Singapore was treating a Princess of Thailand the way we visited. 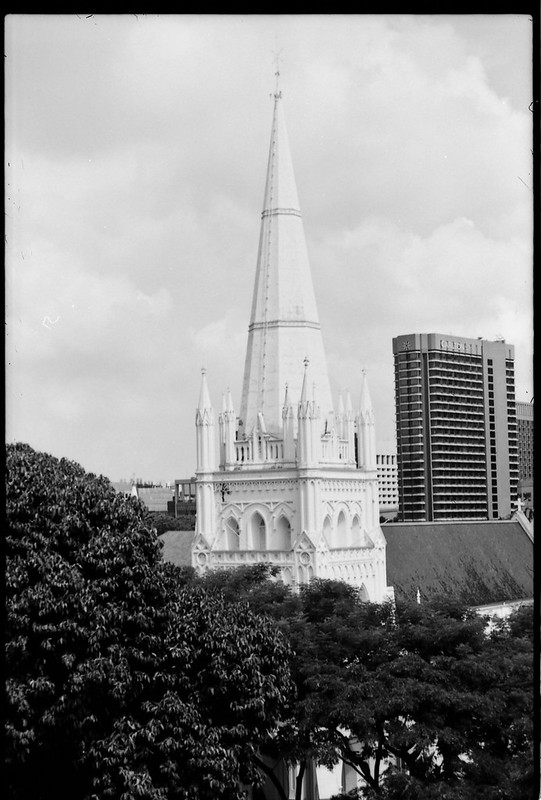 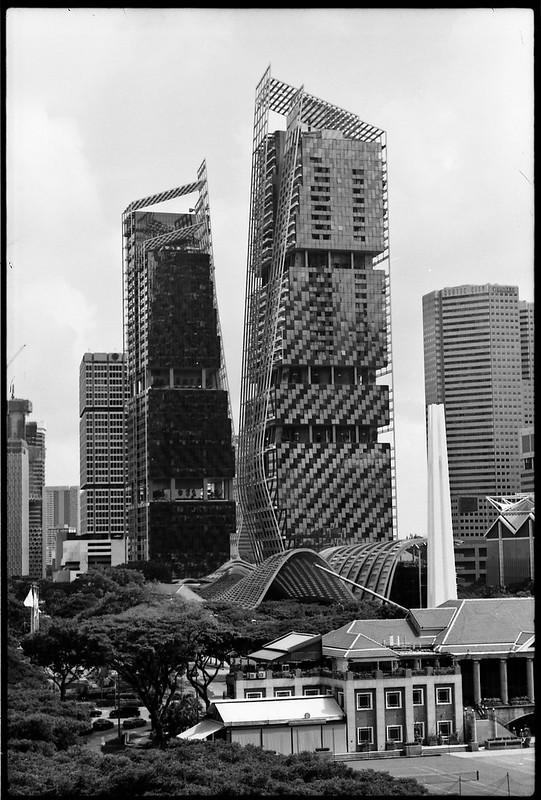 I think the old Opel has been parked in from of the Hotel Royal International or Jaipur for little while now. I’m not to sure how the two folks on the left are related to the car if at all. Anyway I spotted the old wreck on my way to lunch and could not resist walking back and take a shot. When I was complimenting them, one of the guys spotted I was was french and started speaking the lingo.
Amazing !

And you will get nice captures that will fill you with joy after a bit of waiting and scanning and lightrooming… and people may even smile at you in the streets of New Delhi.

Bring your Hasselblad on holidays, don’t leave him home alone!