Hello, today a little pointless exercise consisting in reviewing the shots of an entire roll. You will see below keepers in a larger size that the dismissed shots.

I loaded the roll during the LUGS (Leica User Group Singapore) outing in Little India last month inside Sri Veeramakaliamman Temple. This is always a good place for shooting.

Lesson from the first frame: always skip the first 1 or 2 frames, otherwise in the unlikely event you like the shot, it may be half burned.

It is quite rare that I shoot color films with the IIIc, actually I mostly shot Black and white film anyway, I feel very restricted by color film, I generally prefer to shoot digital for color.

So far no shot is great, maybe number 5 is ok, street activity, a bit of the documentary style, probably ok technically. I like the color of the Ektar for “street” photos.

There are many mural in little India now, this one is in a back alley, it is not so great , or maybe too much. The shot is quite bad, not sure its even in focus.

Probably an Indian actor, the first good shot, nice color. Taken bottom up with the 35mm, the vertical line are of course not straight, but that’s the name of the game.

Ok you get that it it about the plight of people making a leaving from urban scraps. Not such an uncommon sight in Singapore. Informative, but not necessarily a great pic.

I would find that picture quite uninteresting, but technically ok; color-wise it is another chance for the Ektar to rock.

Second shot is better exposed an less traffic in the middle. Roughly ok, The Art Deco building is attractive, but not overwhelming.

In the street with a camera in hand it is tempting to catch passers by, in particular if they are charming.

Too far, would you even have noticed her?

Maybe yes, maybe not, that was just a try.

The same afternoon I walked into Chinatown

The two commercial buildings are quite ok, I would be happy to show the second one, the colors and details are good to my taste, and the composition not so bad.

I tough the light was great and worth capturing

Another random shot, not great angle, too far, not showing much.

Ok ok we can try.

Next great spot is the Merlion Park, it is always endless fun shooting people taking selfies there.

It would have work with better light, the subject here is a bit lost in the background.

This one is really random.

Something was going on, but it was not the right moment yet.

I think that one is ok, just average but ok. Nice light, funny pause and all.

Nothing easier to ask somebody who pause if you can also take a shot. Too contrasty but probably OK.

These three Muslim ladies remind me of the good fairies in Walt Disney’s Cinderella. They were very happy to oblige. I like he colorful bags, maybe a second closer shot without the bags would have been a nice complement.

The new building on Beach Road in the evening light. Nice tourist shot.

Finally the next 5 shots were taken during the next LUGS outing in Tiong Bahru, on my birthday.

Ok I think I took enough fish stalls so far not to call this one a keeper.

I would keep this one, framing is nicer, action is clear. technically I think it’s ok, may need to be overexposed a little bit.

The lens was attracted by the lady in the center, but one week later it does not look like it is enough.

So where am I a the end of the exercise? I managed to shot 36 and half frames on this roll, all exposed properly and focused reasonably well (two are debatable), the only thing you can take from this is that my IIIC works reasonably well and, probably, produces a comparable result to a modern camera. One picture out of three,  I will probably share on one of the Facebook groups I partake in. Real keepers (going on Flickr), will be  “Working Class Hero“, “Strangers with brolly“, “the three good fairies“, maybe the “Other fish stall“.

At this point in time he Leica IIIc is my favorite 35mm film camera : it is small and sexy and over the time it get slightly improved : by the addition of the a 35mm Summaron (f3.5), then by the one of a 35mm finder. I always dismissed the 35 finders as being not useful, but in the end this accessory  proved very good for composition. Over the years I had the curtain changed, there is still a a small defect when shooting at fast speeds, the right side exposure is a bit under exposed, but it looks like using it more often, at least one roll a  month, it seems to be less obvious.

Hope you enjoyed the reading and viewing, to later

Advertisement
A roll of Kodak Ektar shot with the Leica IIIc

That’s it, it did not took me one year to upgrade, or at least expand my Leica toolbox.

I was a bit frustrated last summer when trying the M240 for nearly 4 days. This is of course a wonder of a camera but I found all in all a few issues. Definitely for its price it is not the one fits all camera I am wishing for; it cannot take Circular polarizers, the close range is not so close, older lenses are visibly outdated, for the price you would wish every shot to be a piece of art which actually it is not. Also, having to wear glasses to see things at short distance the back screen and live view is a total loss for me (maybe there is something I have to learn here). Don’t get me wrong I had a lot of fun, and probably I will end up owning one sometime, but really I felt no urge to do so. I concluded my small review saying that instead I would more likely invest in a newer film body in the short term.

I already own a M4 with a Summilux 50mm V2, a Leica IIIc with a Summitar 50mmF2 and a few Ltm lens; most notably a Color Skopar 21mmF4. I was quite interested in getting a body with a meter and a wider lend. I ended up purchasing a boxed M6 Classic black and a Summaron 35mmF2.8, the version with the goggles. 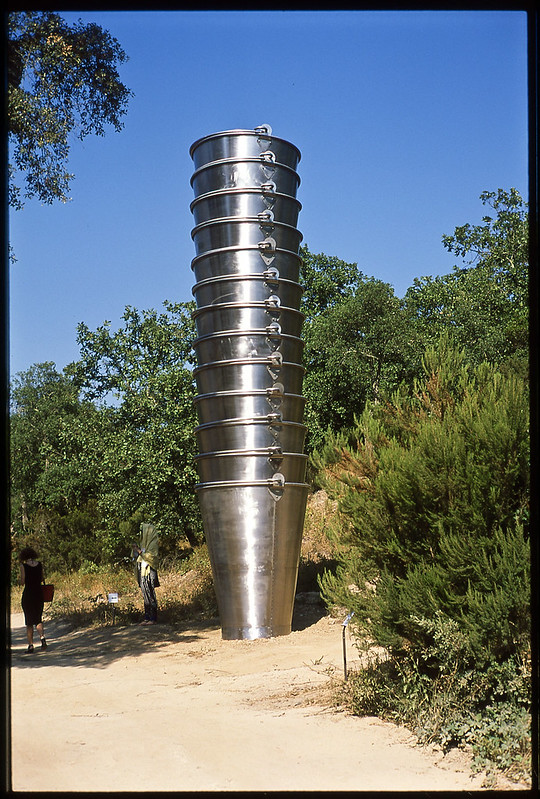 Both pieces come in excellent condition (but I am not a collector), no dents or scratches, difficult to see how much films they shot.

I have now shot 6 films with the M6 and the Summaron or the Summilux and I must say I am very happy. Both works very smoothly and are very easy to use.

The metering is a lot better that using a handheld meter. Actually this cause a bit of a problem because if I have the M6 and the M4 in the bag, the M4 tends to stay there. Focusing is very easy; the finder is very bright, although I suspect there is a bit of haze in one of the front glass. With the goggles of the Summaron the viewfinder is a bit less luminous, something I would not have though of. 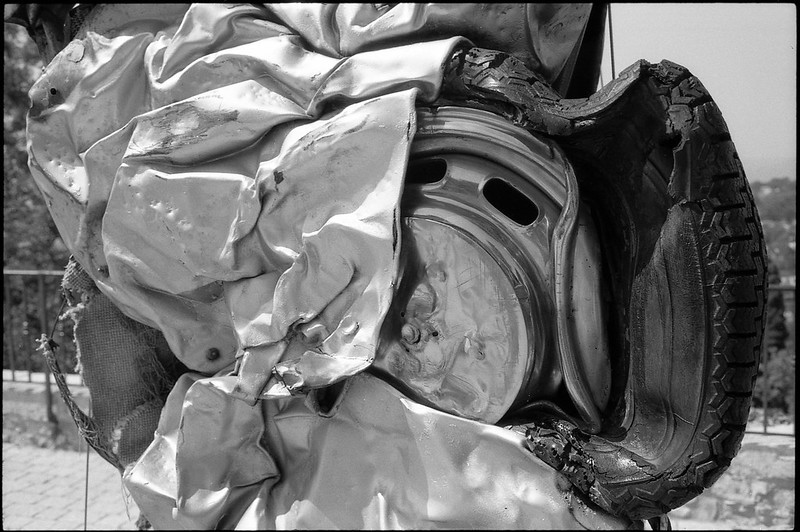 There is absolutely no difficulties using the M6 if you had another M before; actually I would think that if you played with a few film cameras before it’s difficult to come with a surprise. The only small problem, which Leica solved in the M6TTL is the size of the speed dial. It is quite frustrating to manipulate it when looking at the meter arrows inside the finder.

The Summaron is a nice piece of kit; the infinite lock is particular and easy to handle. The focusing is smooth and does mot require as much course as the Summilux. I think F2.8 is fine for daylight. Some shots have a very nice 3D effect as the lady from the lab puts it.

All in all I am very happy; for the price of a new Elmarit 28mmF2.8 (That I did not found great last year) I have a new kit. I went on my summer holidays with the two bodies, the two lenses and the Color Skopar a very happy combo. All of this fits in a Crumpler 6Mio, with a couple of spare films, wallet, keys, sunglasses and reading glasses.

Film wise, I had the chance to shoot a mix of :

It is difficult to conclude. Having a better film camera is not replacing having a digital body, none of the shortcomings of the M240 are solved by the M6, but I can do better Leica shots. But I feel I did a good move. I saved a lot of money, I can happily have my new toy around my neck and still agree that the D700 is the best camera I ever had without looking like a fool. Which is important at my age.