We had decided to fly from Bangkok to Sukhothai, that was half a good idea as the plane was mid afternoon and staying at the airport we missed nearly a full day of holidays.

Despite its name being quite well known, Sukhothai is actually a very small city. The center is mostly made of hotels and restaurants for tourists visiting the main attraction; the Historical Park. 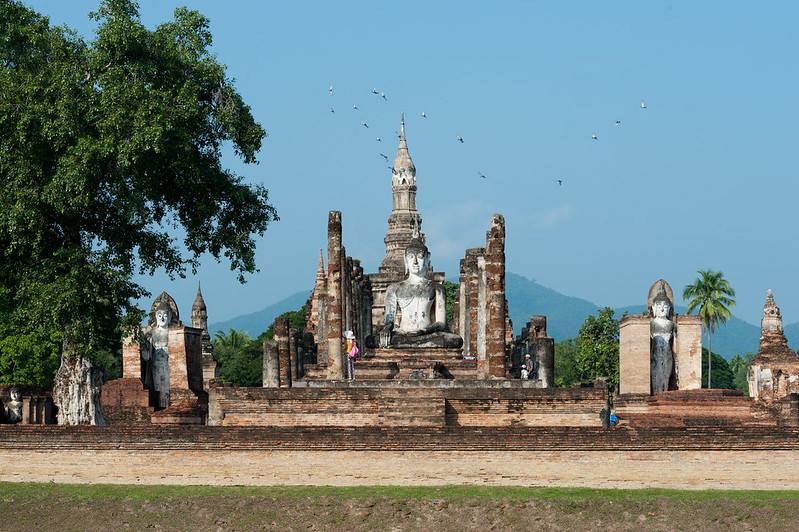 The Sukhothai historical park is a vast compound of ruined temples just outside the city centre. This is a very large area, better be visited by bicycle as some temples are quite remote. You can easily spend a half day in there. We went for the walking option, but we missed a couple of nice spots. 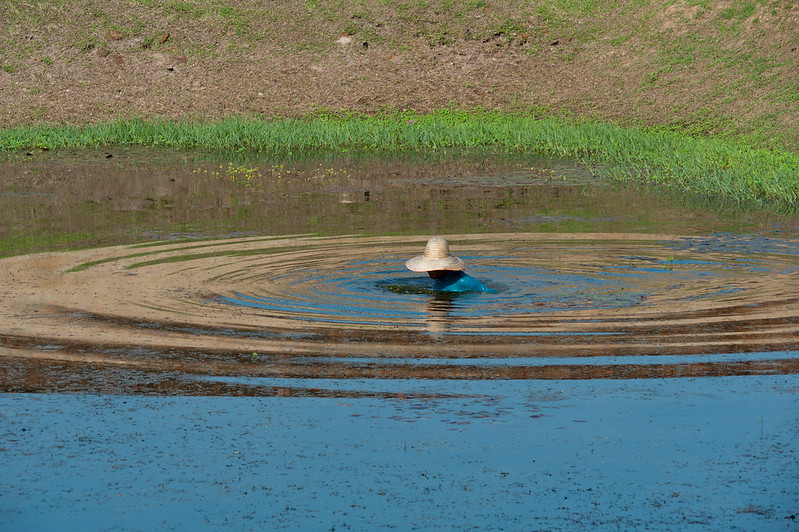 This man is picking what seems to be algae from the moat surrounding the main temple. 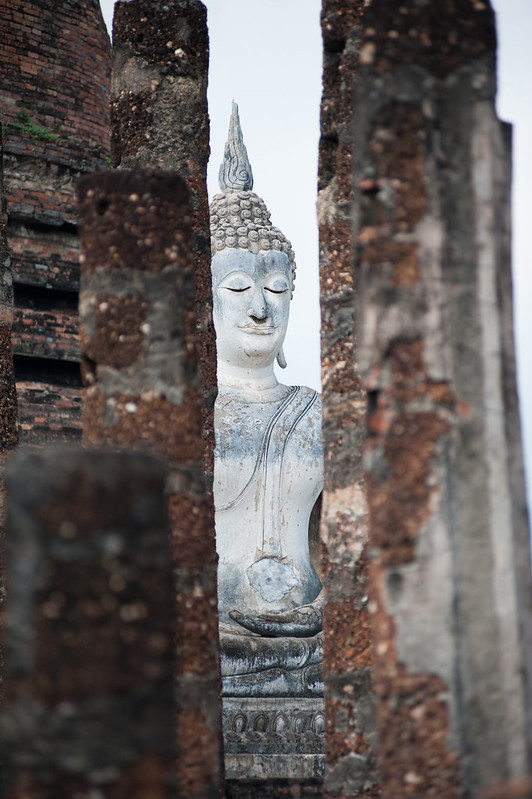 You can find there dozens of temples, shrines and shedis (pagodas), in various states of conservation. You can take hundreds of pictures of Buddha statues in various positions and state of decay. 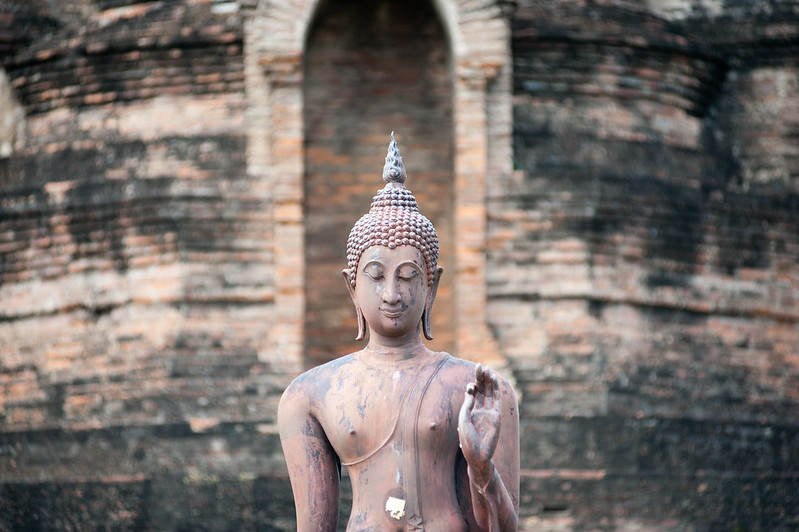 There are also some nice pieces of water, used for the Kratong festival, which unfortunately would happen a few weeks after our visit.