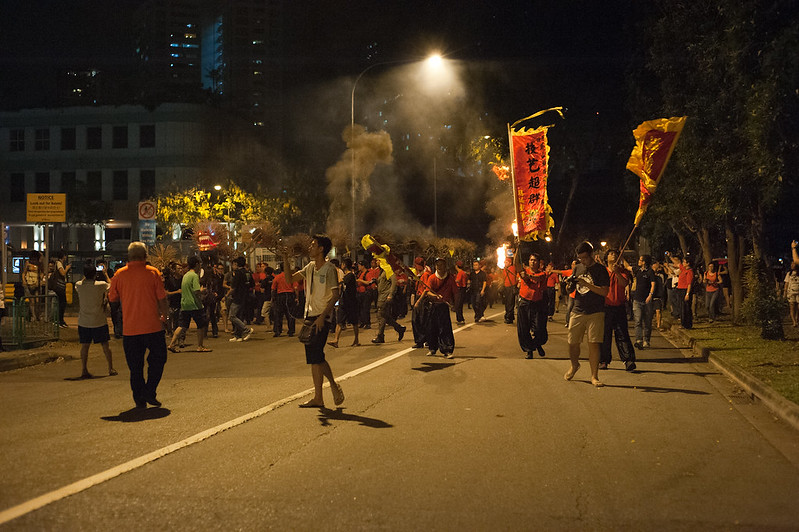 “it all started as a riot”

I felt very lucky last week when a friend of my wife told us a bout a fire dragon performance organized by a temple in Balestier area in Singapore. In 9 years here I have never seen such a thing and was very thrilled to see one. 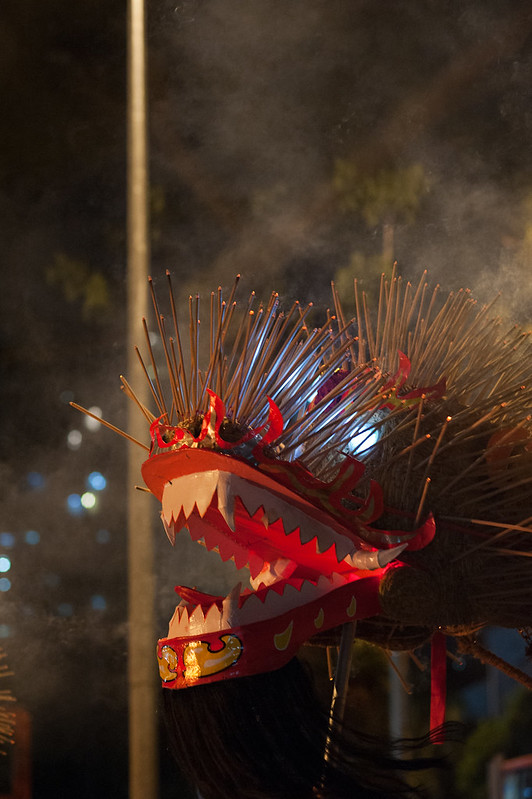 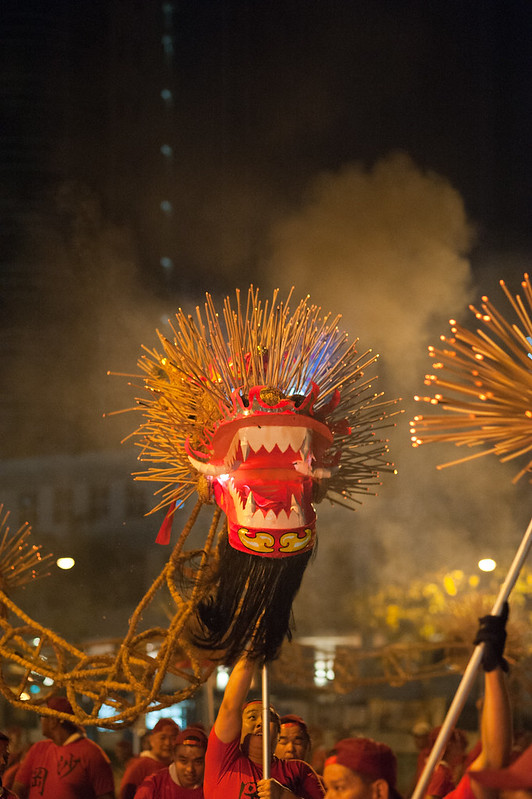 The Fu De Gong temple is located in Kim keat lane, very easy to access by bus. I have been told by the friendly member of the temple that this is a taoist temple. I did not see the actual temple as we arrived at night fall and the premises were covered by the tent hosting the celebration. 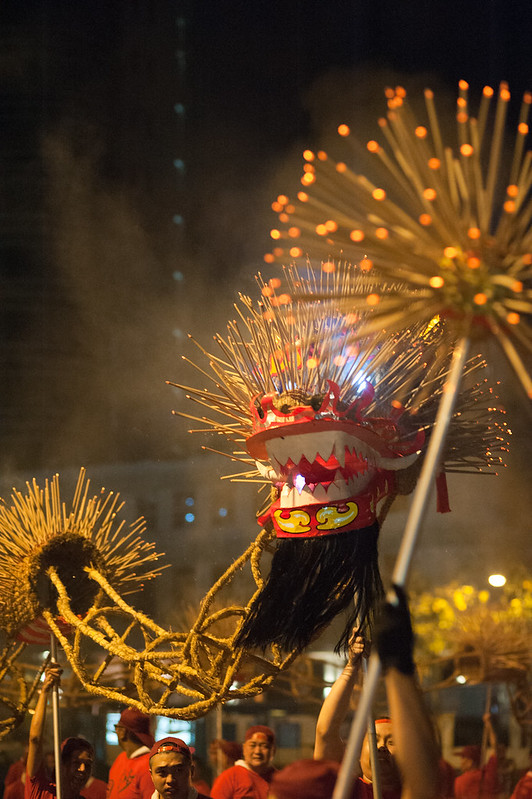 There was maybe a couple of hundred people attending, on one side of the tent was a stage with a Cantonese opera (or wayang) on the other side a large shrine and in the middle an area for the performances. 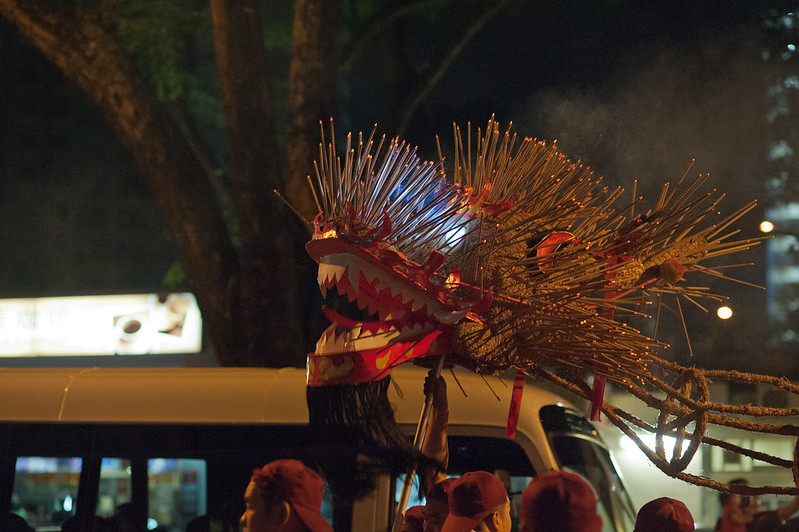 When we arrived a very good quality lion dance was in process and we enjoyed for a good half hour until the riot begin. From the end of the road the Dragon was approaching; with music and flames; until it finally enters the tent (but that’s another story)… 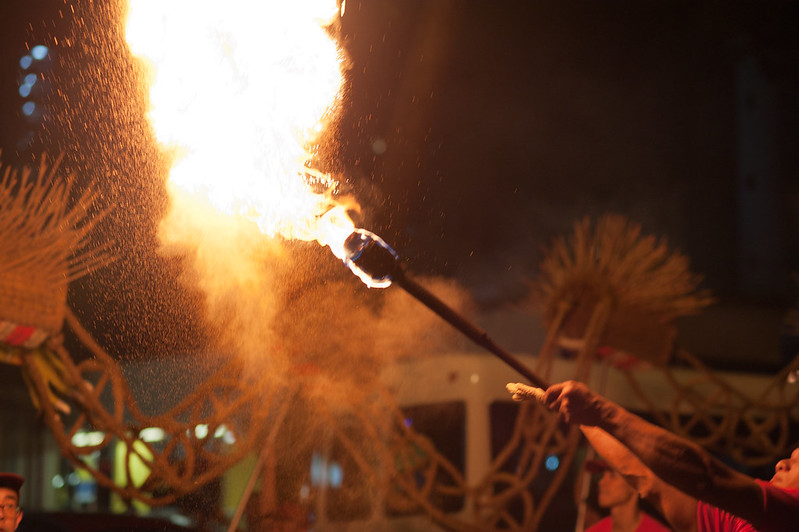 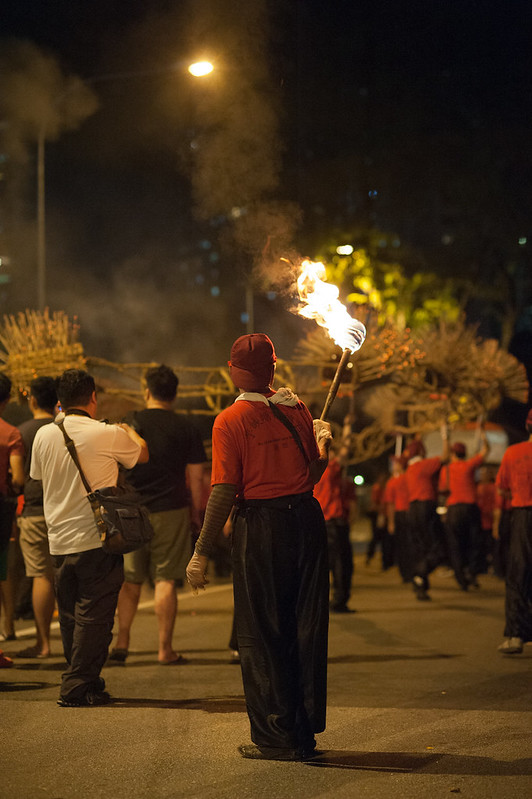