It has been super long since I last posed anything so here is my first post of 2023, even though these are pics of 2022. These are picture of the Italian Market that happens once a month, the first week end of the month, in Cagnes sur mer, near Nice, on the French Riviera.

On arriving at Farrer park MRT, we met our first Kavadi bearer.

And then more devotees waiting for the traffic light. 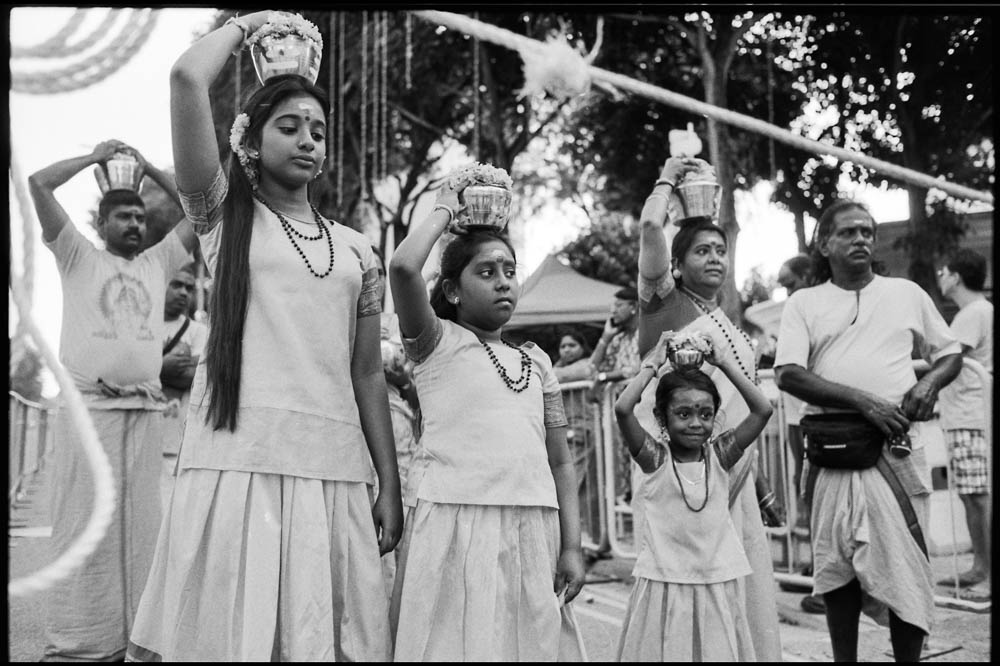 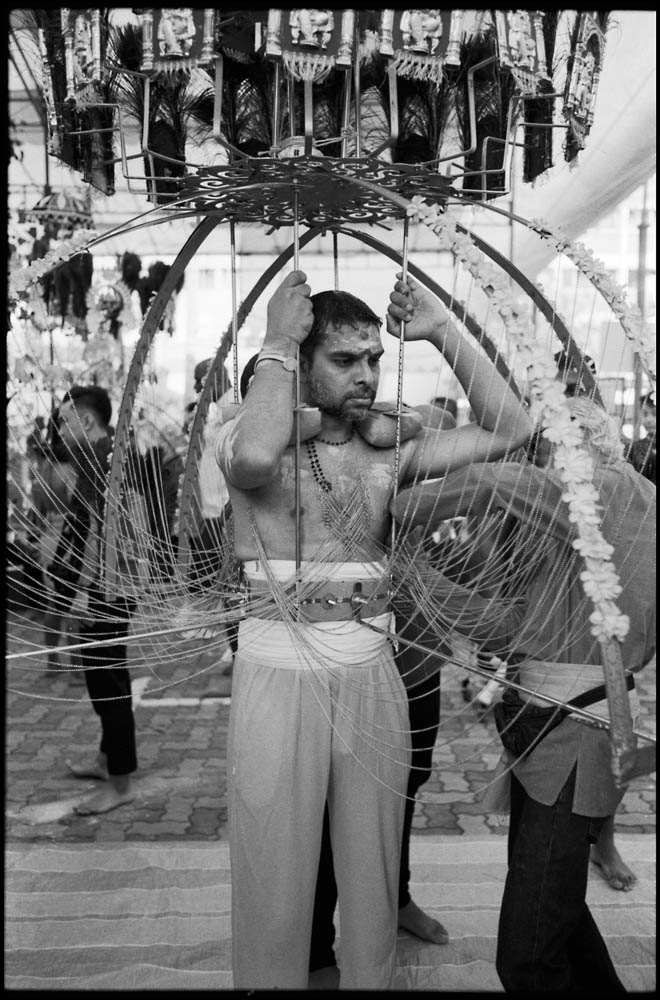 or prepare their offerings

While others use their phones to snap their friends. 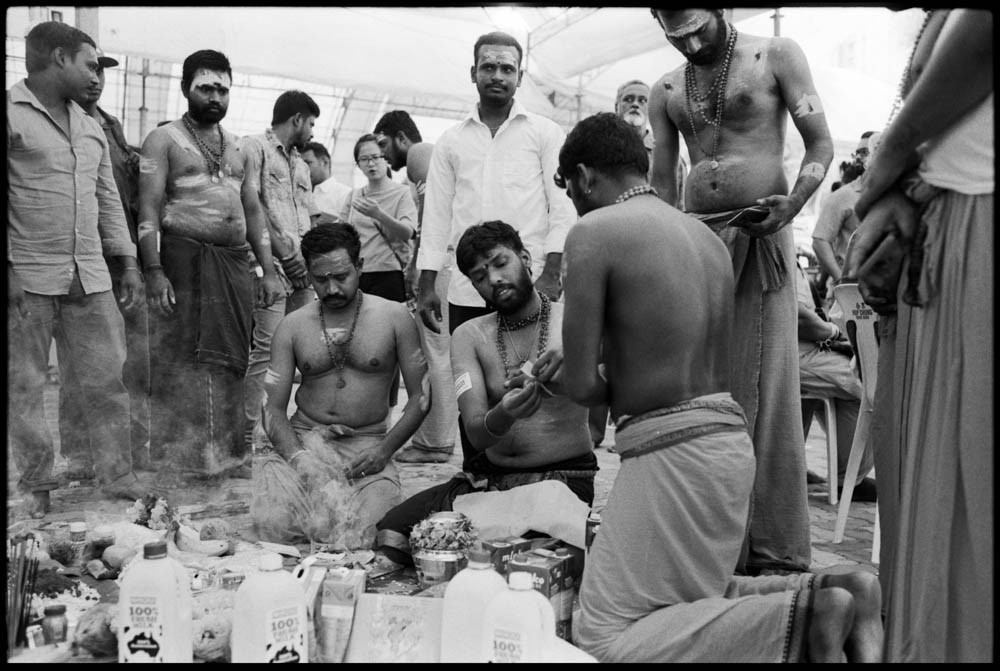 Pictures above are taken Ilford HP5 shot at box speed, I used not to be a big fan of this film, but actually I am very satisfied with these results. The pictures after are done with the Kodak TMY 400, not exactly my usual Tri-X, but i generally quite like it.

Actually I don’t see any difference, so I may shoot more of the cheaper HP5 going forward. 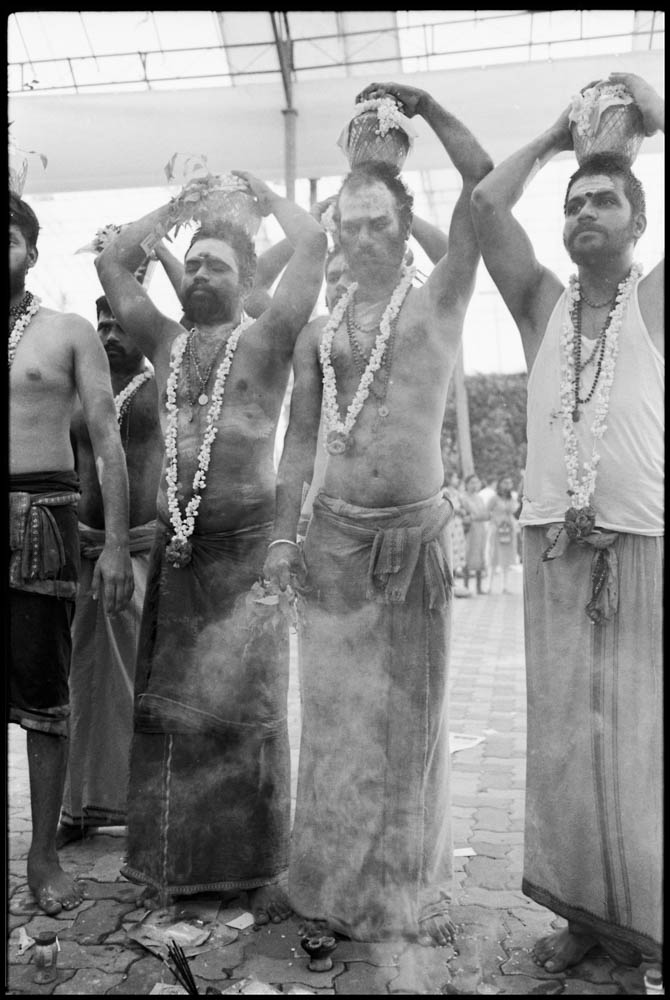 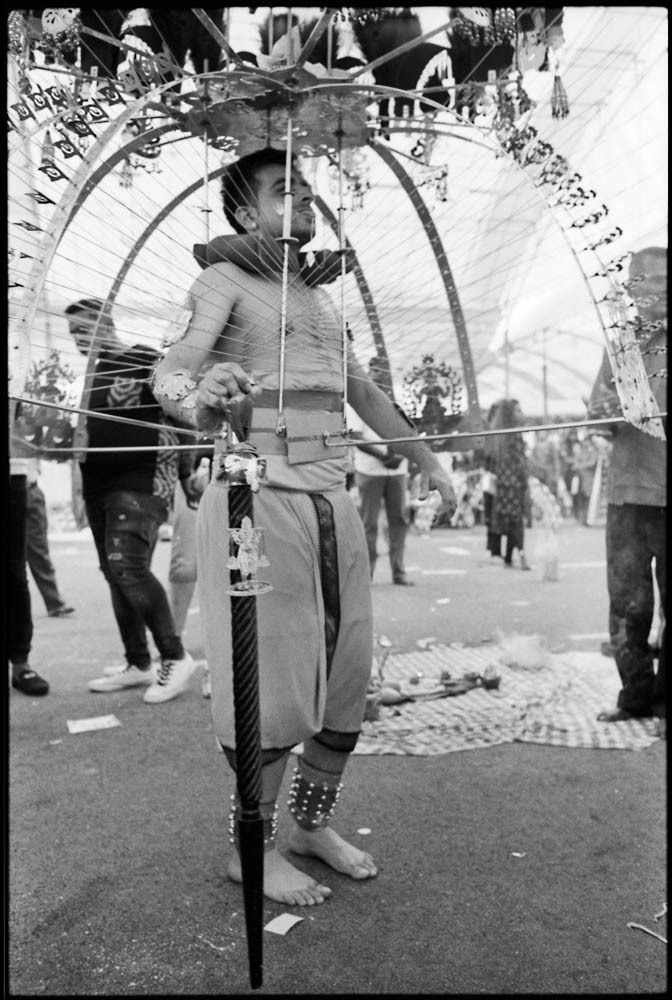 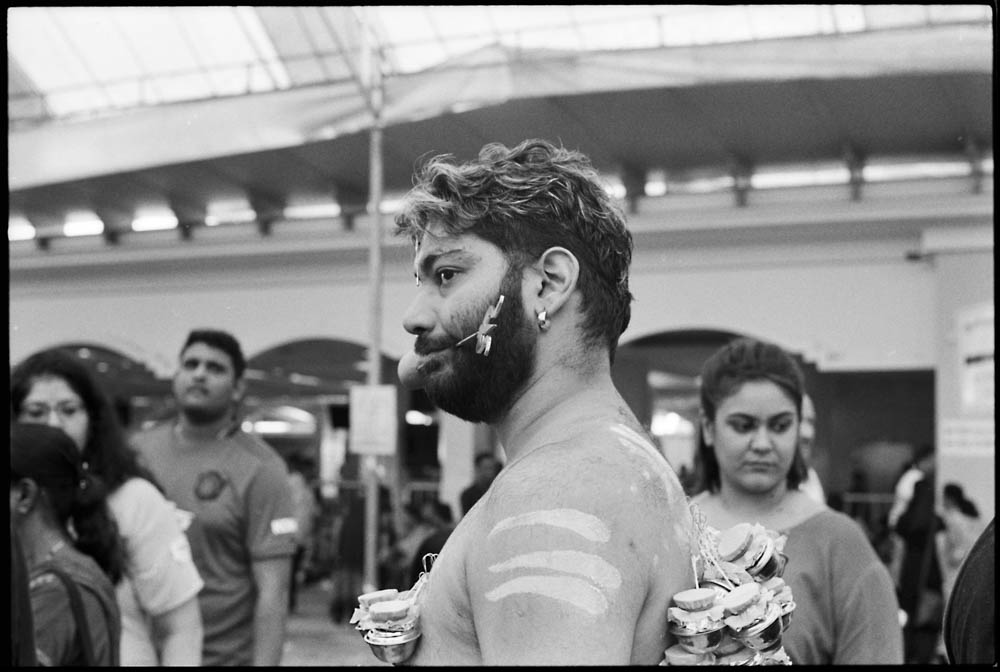 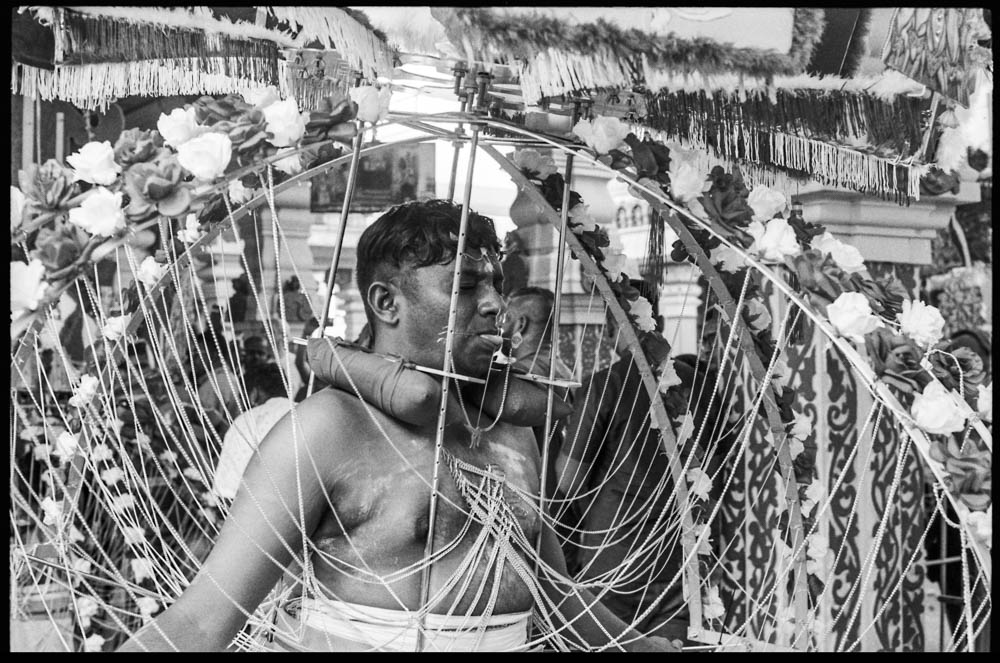 All shots with Leica M6 Classic and most of them with the Summicron 35mm F2 AsphvII (the last version), processed at the usual lab (well dropped at Ruby and they get the usual guy do the work) and scanned at home with the Epson v800.

Patiala looks to be a very interesting place, but we had little time to hang around. We try to visit the two palaces but both were under renovation and although we were allowed to the grounds in both (many thanks to our guide), I was denied using my camera. The first palace was a residence for the maharajah and his many spouses; the buildings we could see are set around a very large pond. It is located in a residential area on the town outskirts.

The second palace, Qila Mubarak, is located in the heart if the city, it is normally hosting a museum which was closed at the time of our visit (Oct 2017) and the building also under renovation. This is an incredibly big compound to be located in a city center. There is a fort behind the main buildings and more buildings behind the fort. No pictures available unfortunately. 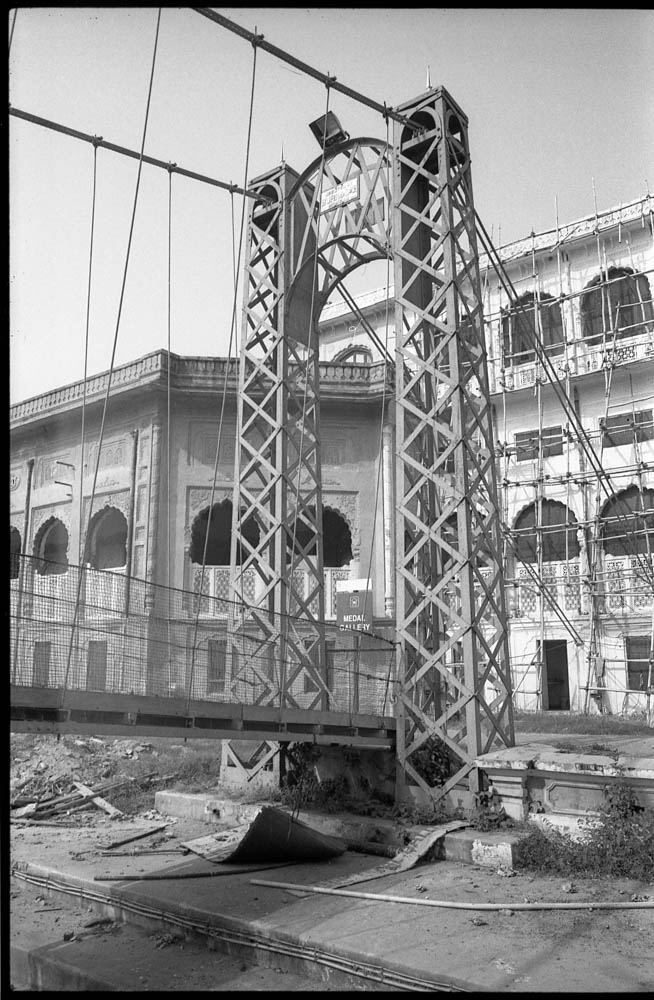 We then start our drive to Chandigarh through the busy city streets and then on the very good roads off Punjab. Chandigarh is only 70 km away, but with a few stops, we got there in about 4 hours.

The main stop was in Sirhind-Fategarh, the Gurdwara Fatehgarh Sahib there is famous as it is the place where younger sons of Guru Gobind Singh, who were bricked-up alive in 1704 by Wazir Khan and a place to commemorate the memory of the brave Sikhs who were killed while fighting with Mughal forces.

Outside the Gurdwara itself is a  shop for religious artifacts where I finally decided to satisfy my long lasting envy to buy a  Kara (a Sikh bangle). After a long debate we decided to by one each (ok my wife wanted two) and to our great surprise the shop keeper refused us to pay for them and offered them as presents. Another sign of the great Sikh hospitality and friendliness.

Next to the main Gurdwara is another one, where we met the guy in charge (below). Very happy to talk about his religion; probably on of the first guys we could exchange in English.

Not far from this site is a Mosque, which is supposed to be linked to friendly Muslim people at the time of the war with the mughals. The complex is very nice and spacious. Not all places are allowed for women to visit and photography is a bit more limited than in the Gurdwaras. 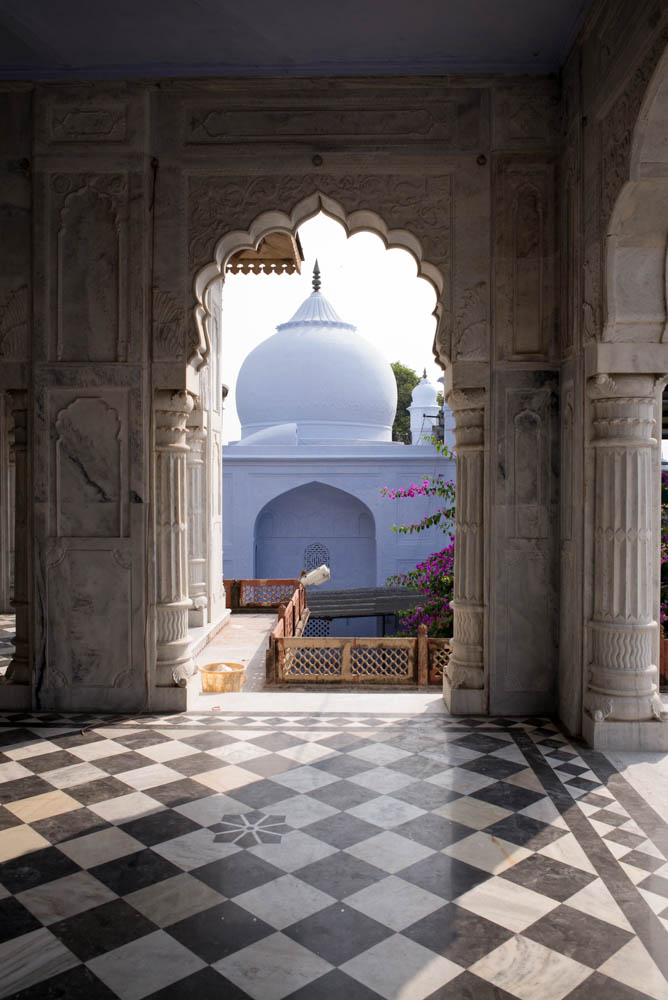 The basement of the main building above contains the tombs of some saints where people come to make offerings. 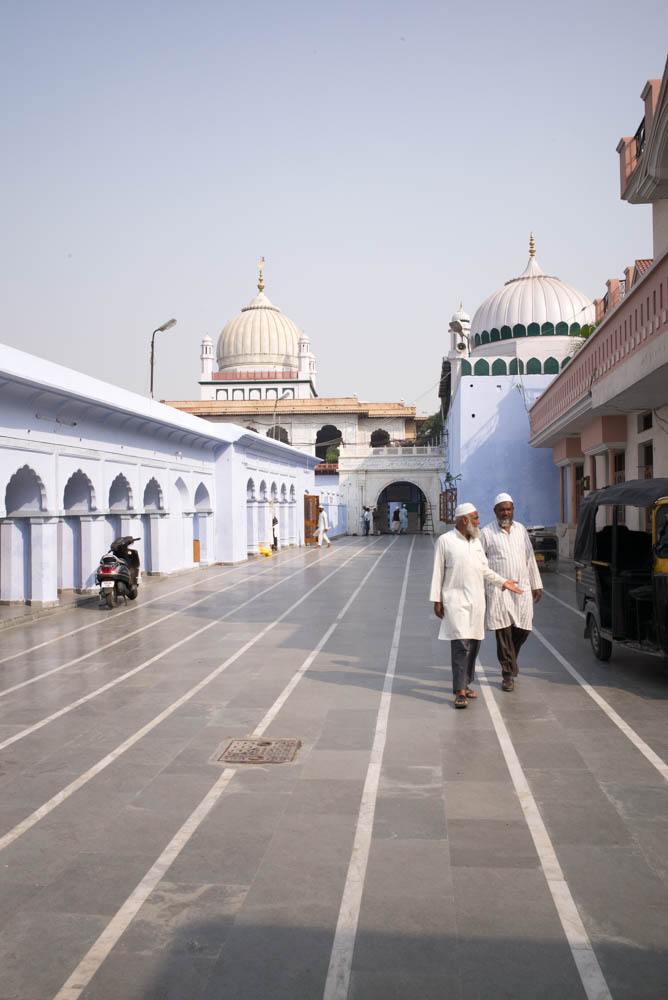 Back on the road again, our guide stopped us by one of the many places where a few men where boiling some sugar cane to make some solid sugar. 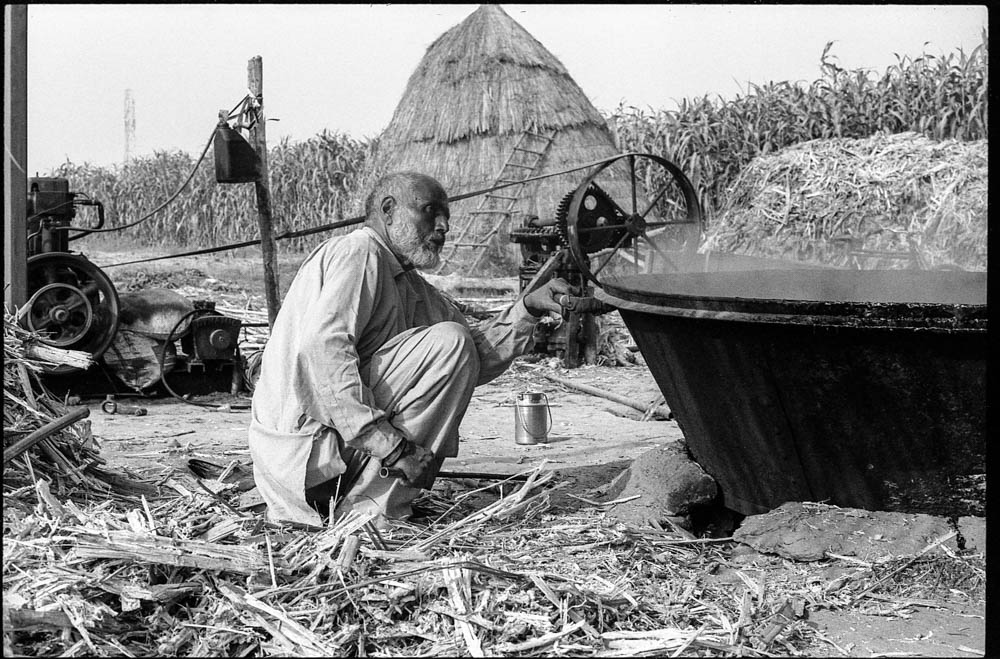 We tasted the sweets and pack-up after a little while and finally made it to Chandigarh.

On the road from Patiala to Chandigarh 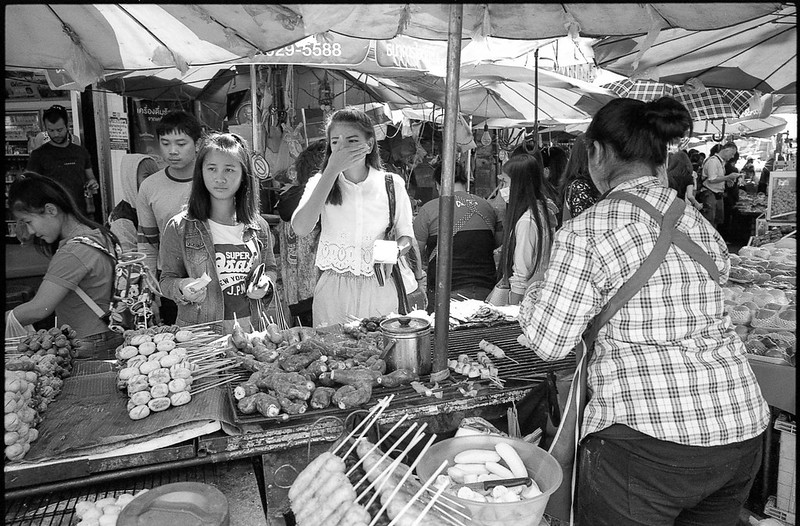 Last holidays trip was in Chiang Mai in Northern Thailand. This is my second trip there and I love place. This is the second time I travel with a Leica kit both Film and Digital. I have two bodies a M6 and a M262, a 28 Summicron, a 35 Summaron F2.8, an old Summilux 50 v2 and an Elmarit 90F2.8. 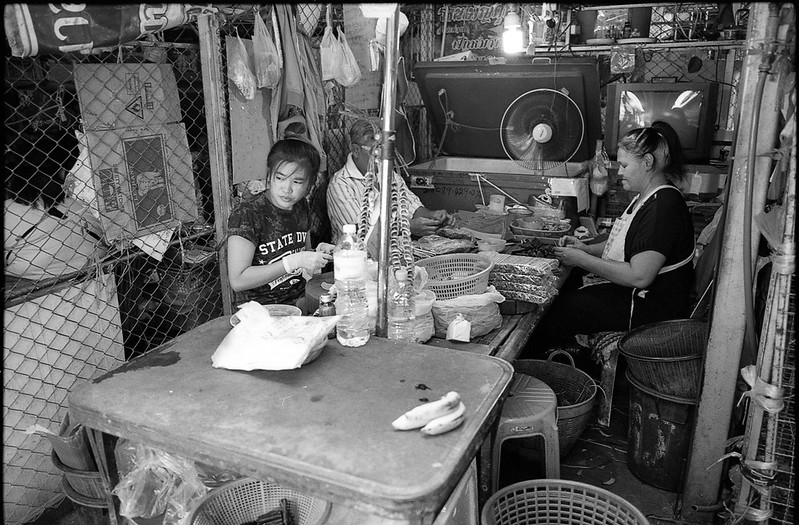 2 Bodies, 4 lens that sounds a lot and actually I packed the big Crumpler 8 Mio dollar bag. It is a bit over-sized, but then I have room for papers, wallet, reading and sun glasses and on the flight I can pack in a book, you can probably pack a tablet as well. I am proud I resisted the urge to buy a new bag. 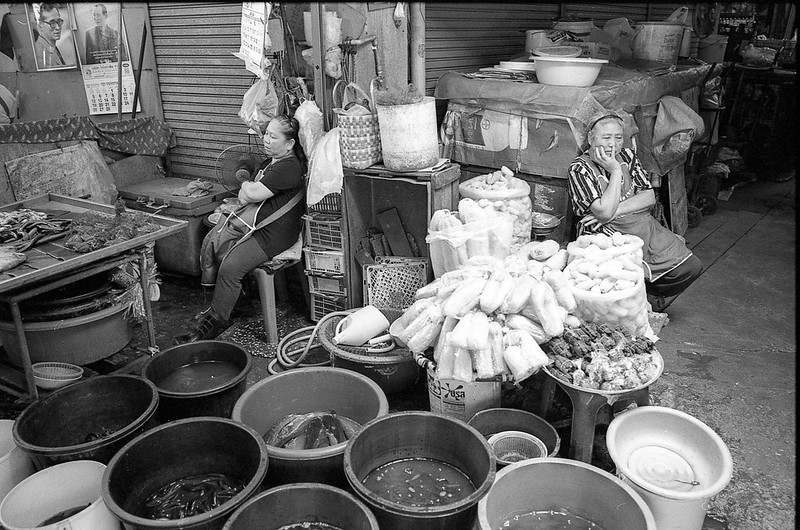 I shot 4 rolls of film and a few hundred (but less than 1K) digital frames; this first set was done inside the Warorot market with the M6 and mainly the Summilux; film is the Kodak TMY 400. 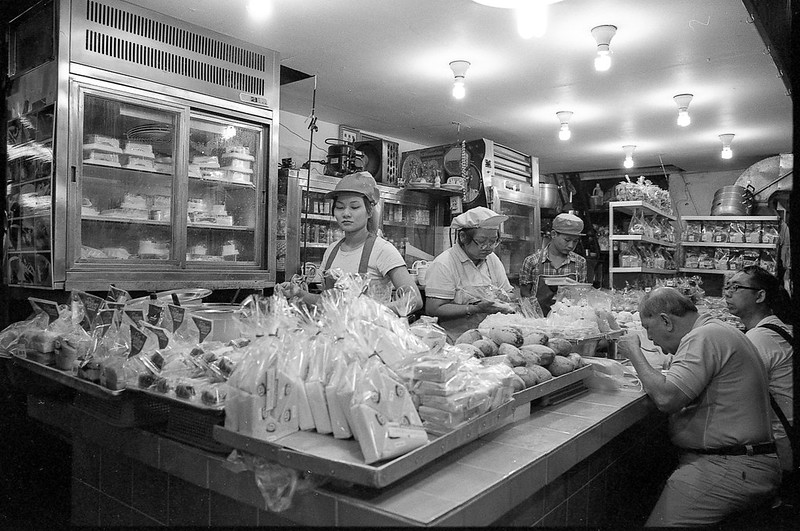 I like the TMY400 for its low grain and slightly lower contrast that the Tri-x. I think all in all these shots turn out to be quite pleasant. 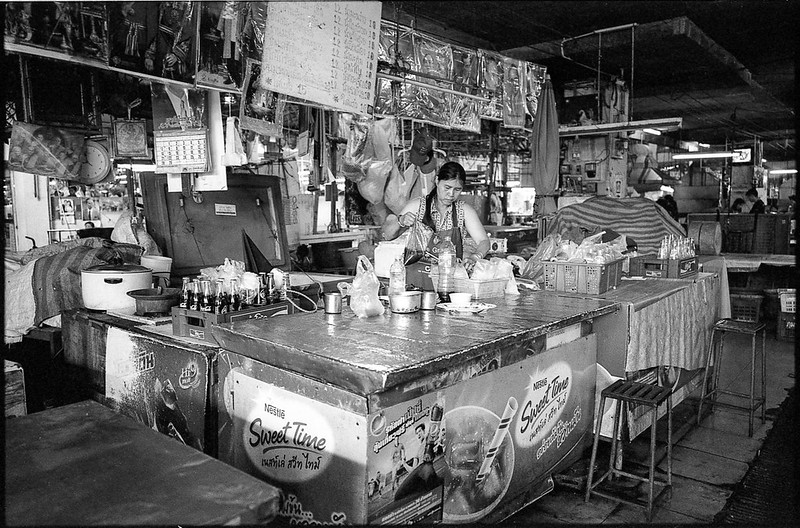 The Summilux is suffering from back focusing on the M262 but that does not show at all on the film shots. 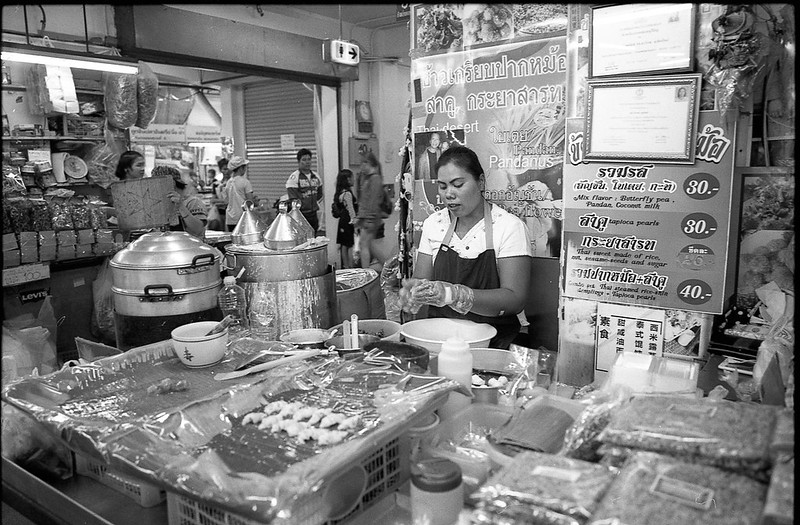 People in the market are quite friendly, actually it is quite a touristic spot so the view of a tourist with a camera is not news. 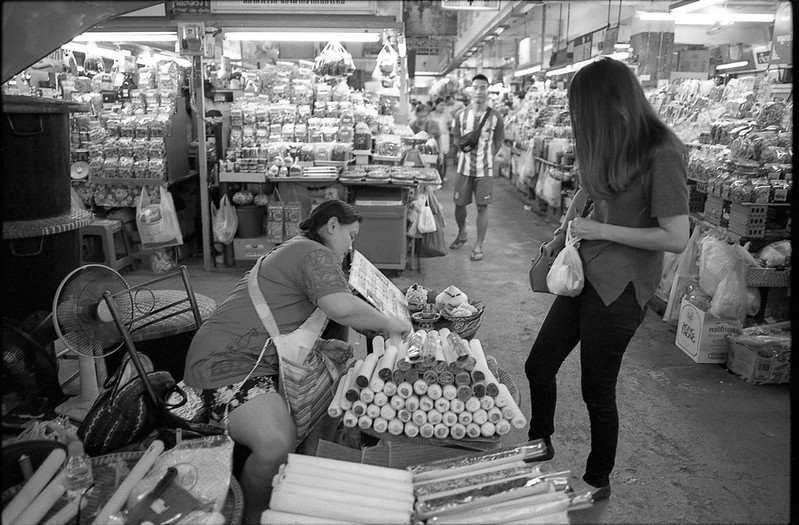 I try to follow the advice of pro photographer Bobby Lee : let people know you are here, that you want to take a picture of them or their activity, but once they agree (or ignore you) don’t just snap and run away; as they don’t bother the least you can do is hang around until you have a good shot. 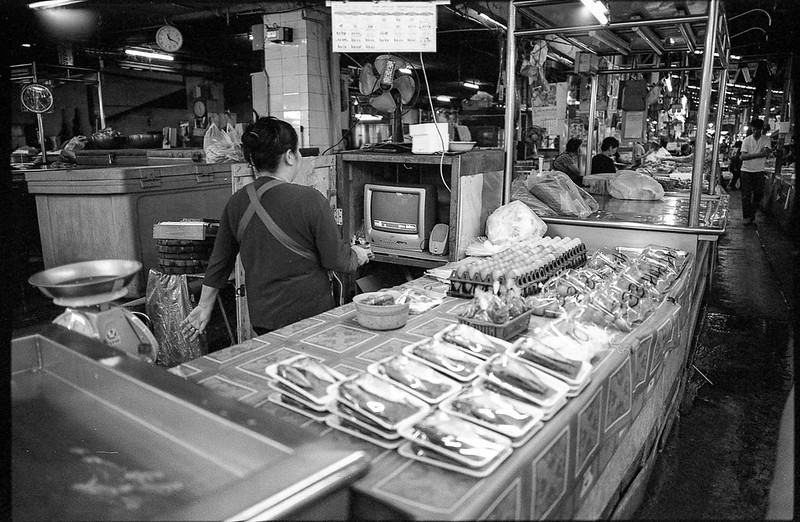 All scanned with the now antique Epson v500 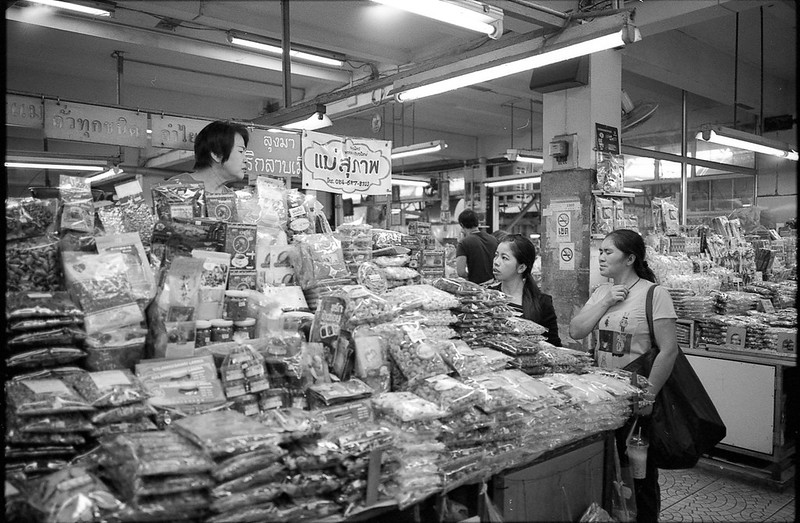 For the last post of the year, I will show you pictures of a small walk I did at Dakota Crescent estate in Singapore. 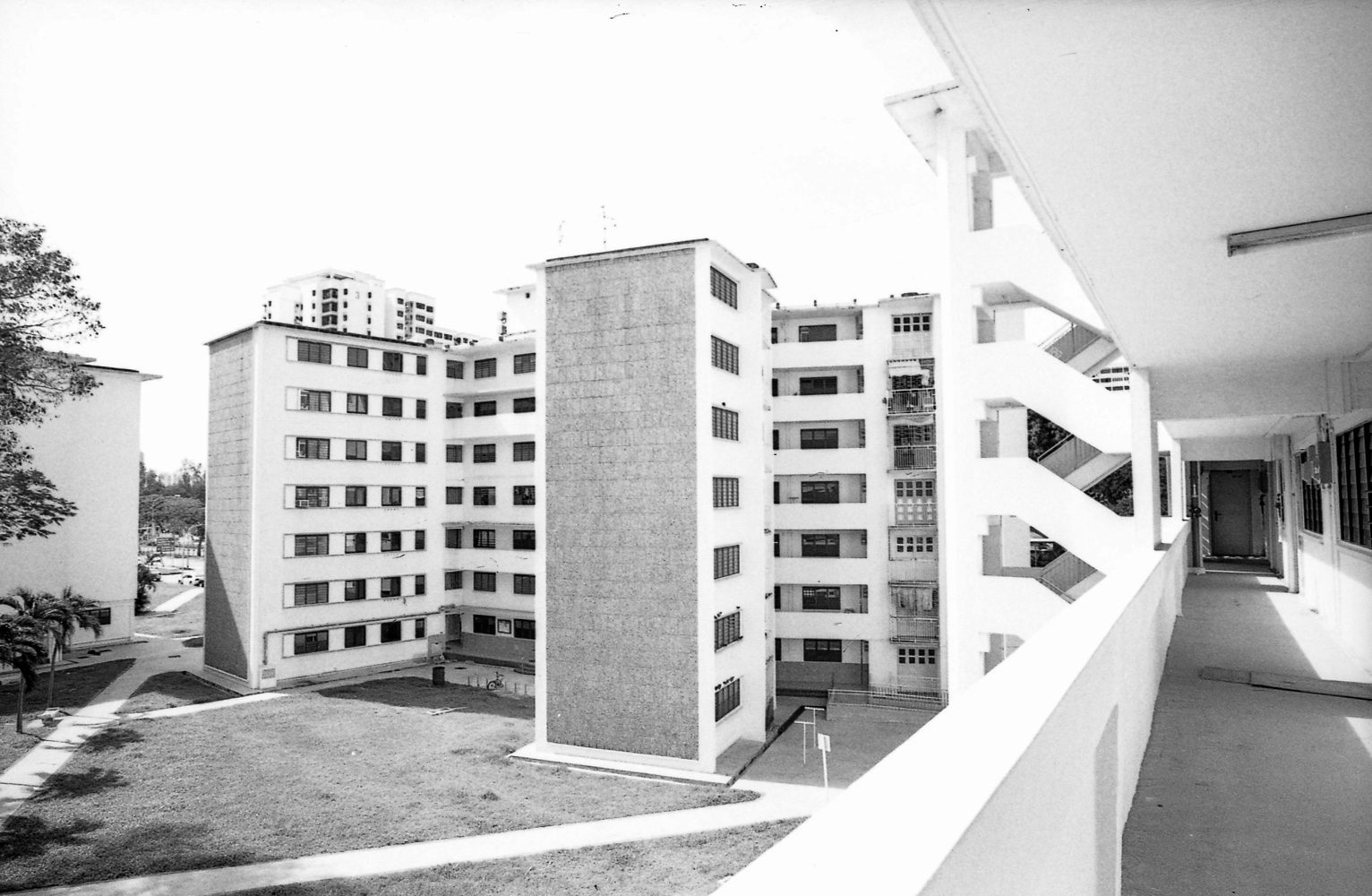 Like Rochor Centre, Dakota is supposed to be demolished at the end of this year (so pretty soon). The estate belongs to the public housing administration (HDB), it was built in 1959 during the British area.

The blocks have some interesting feature, some inherited form modernist lines. The most well known feature is the “dove” play ground.

The estate is made of 17 blocks, some high rise, some lower rise, located closed between Old Airport Road and the Kaland river. Old airport road s the road that was leading to the airport that was used prior to the opening of Changi in the 1990’s I think. 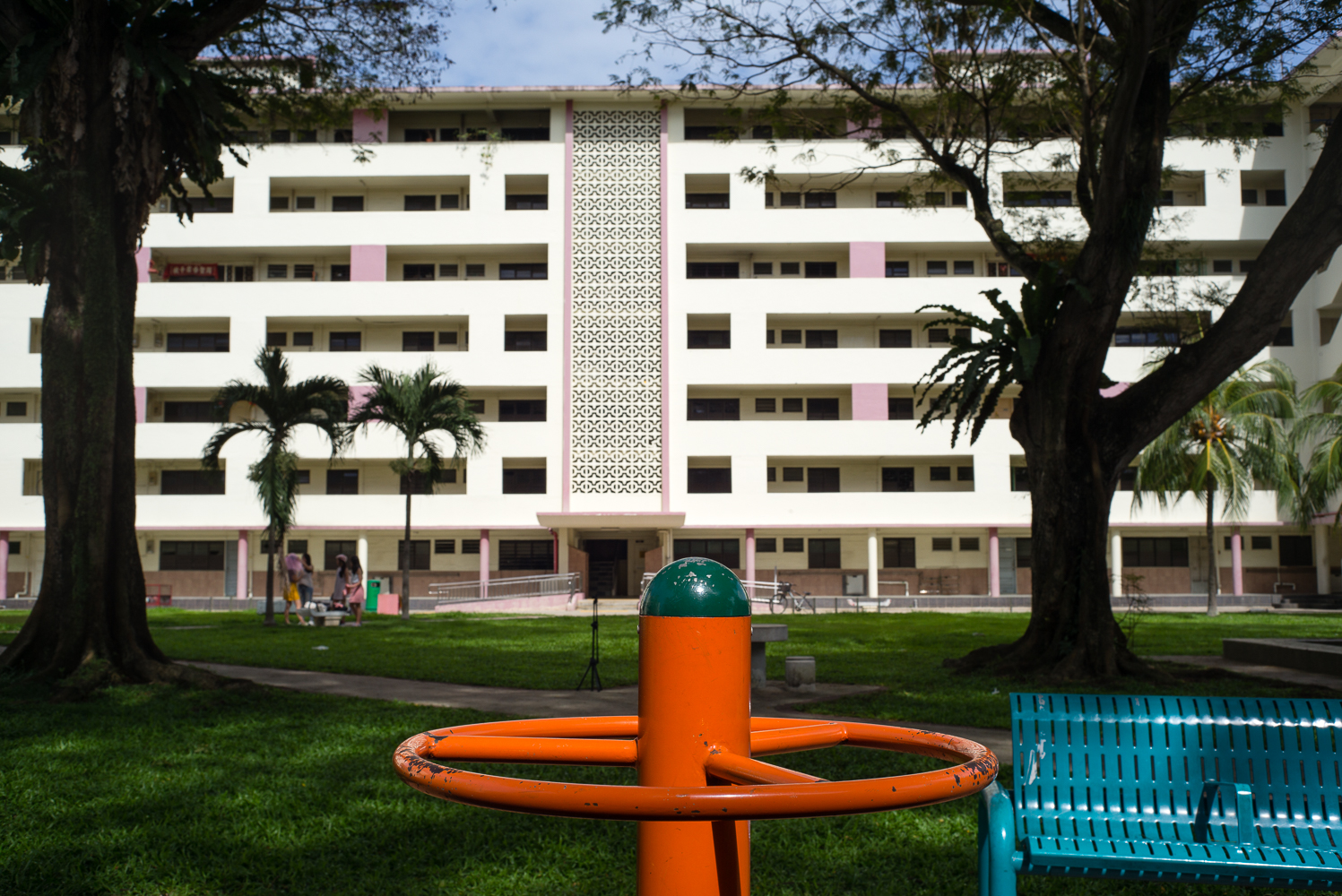 As this time the buildings are more or less empty, ready to leave way for a new development (I ignore which). There will be more pictures of Dakota as I  went there again last week. But that will be for 2017. 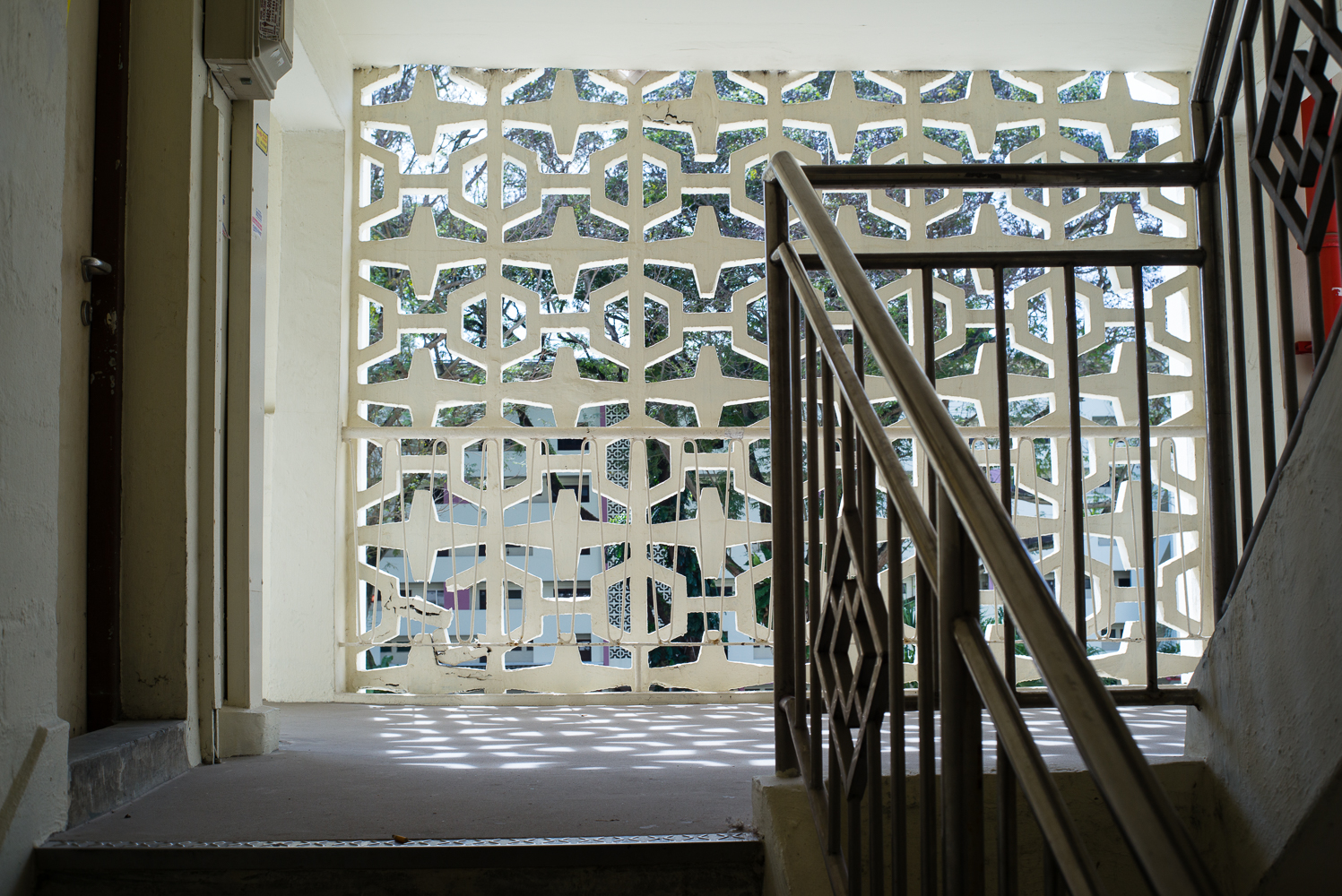 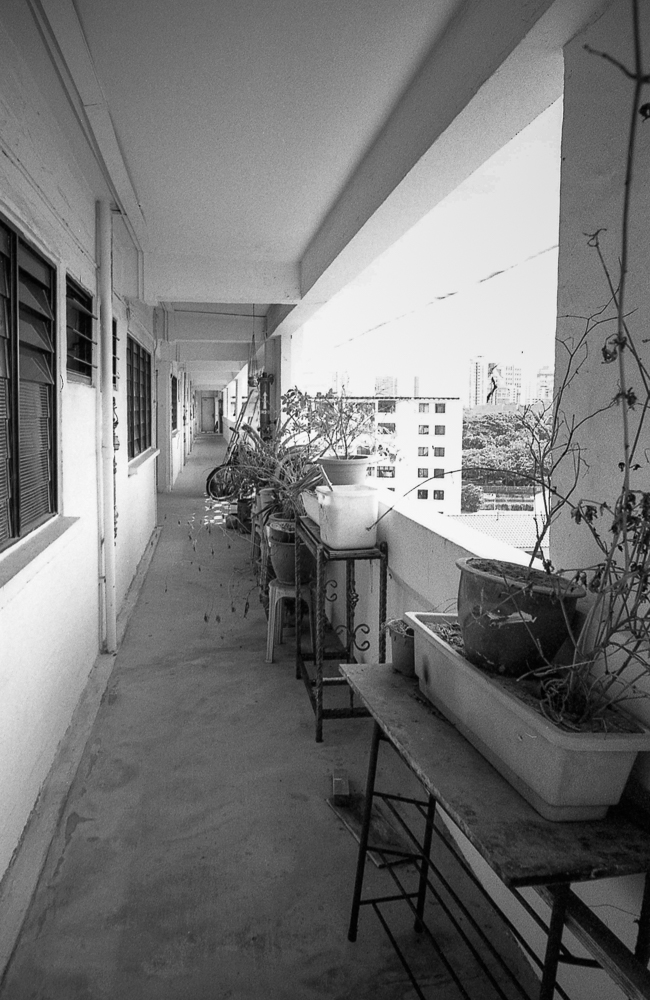 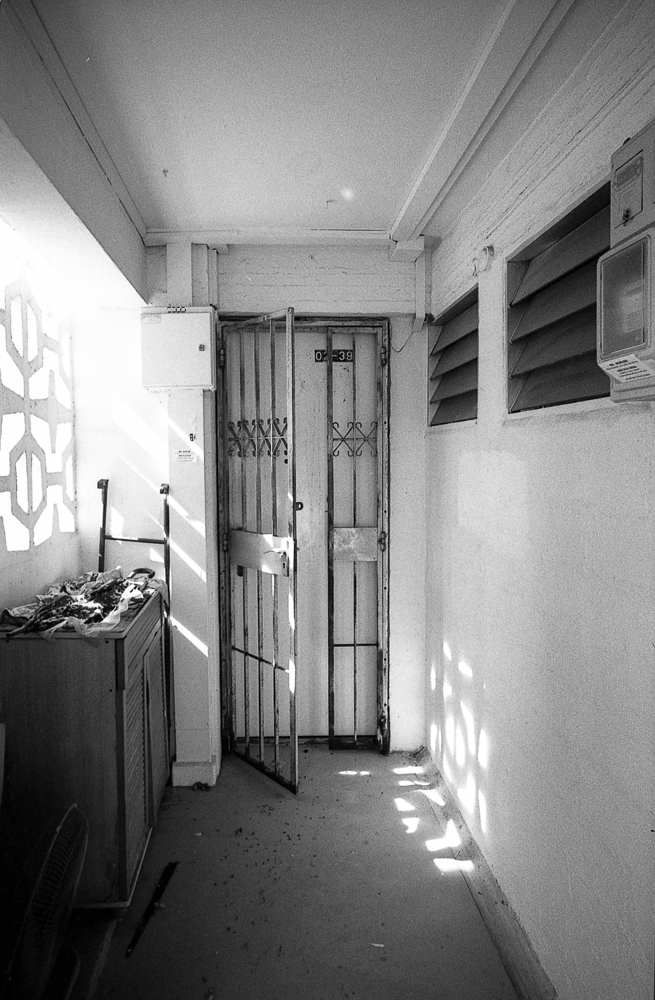 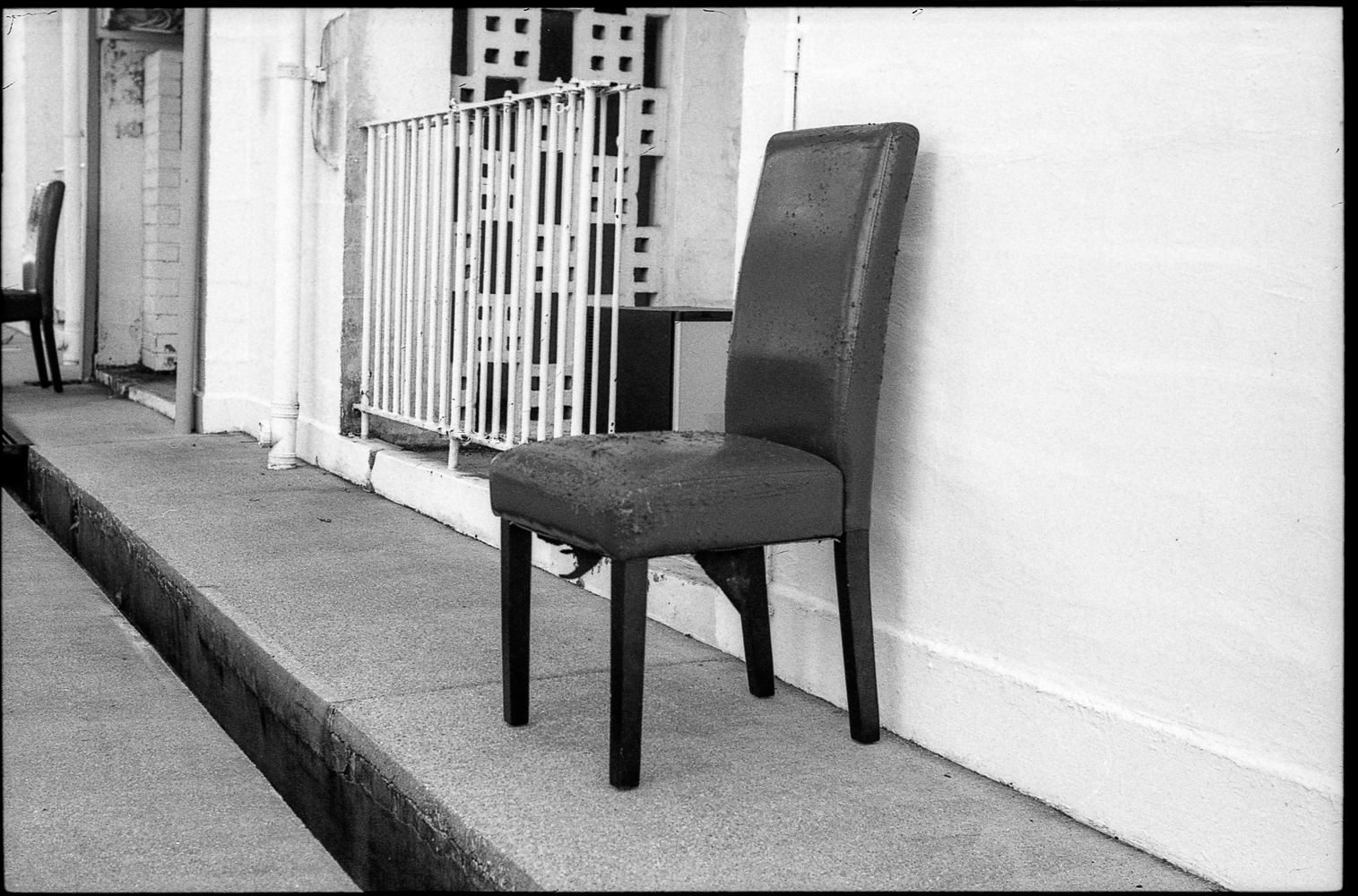 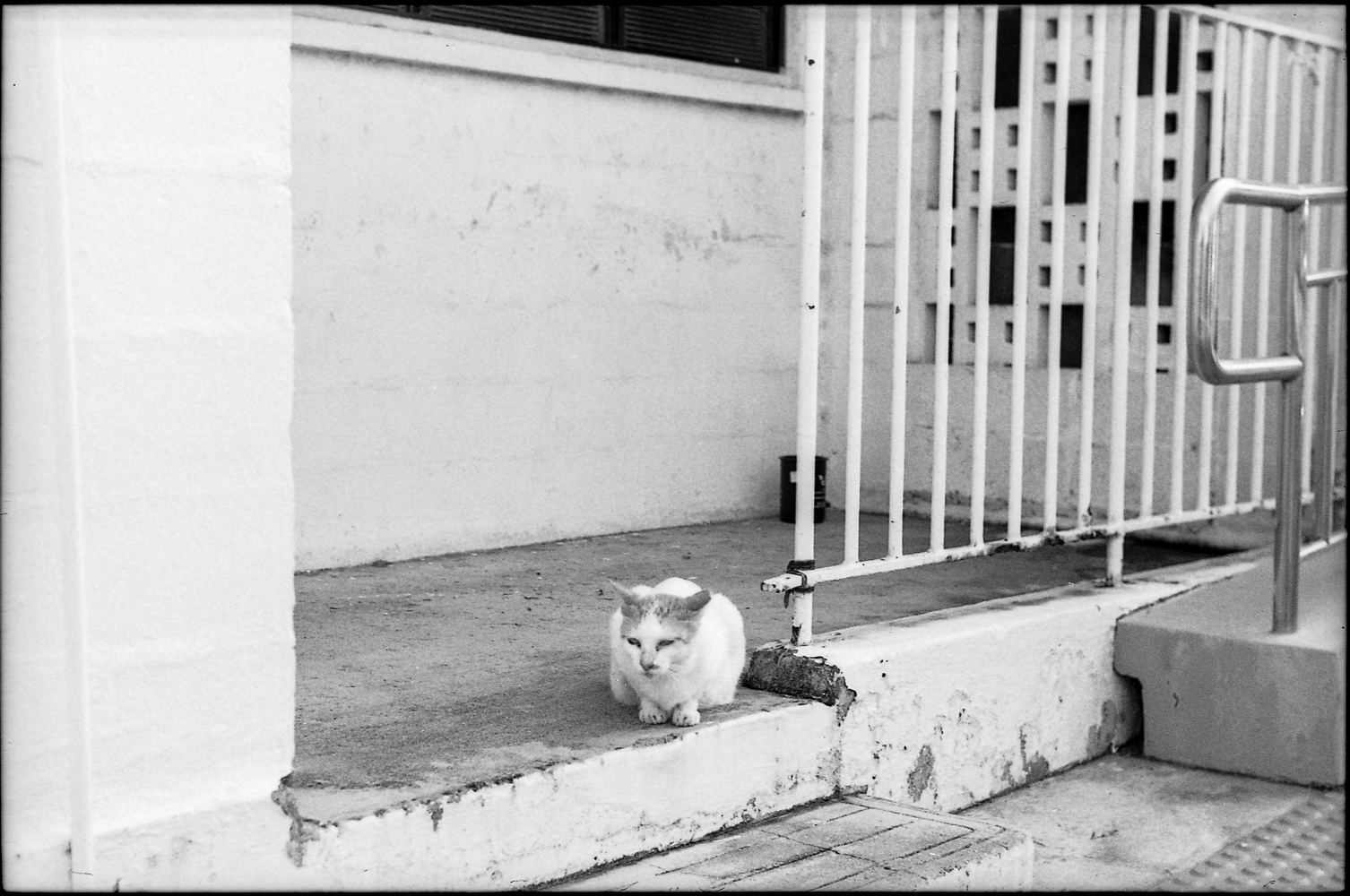 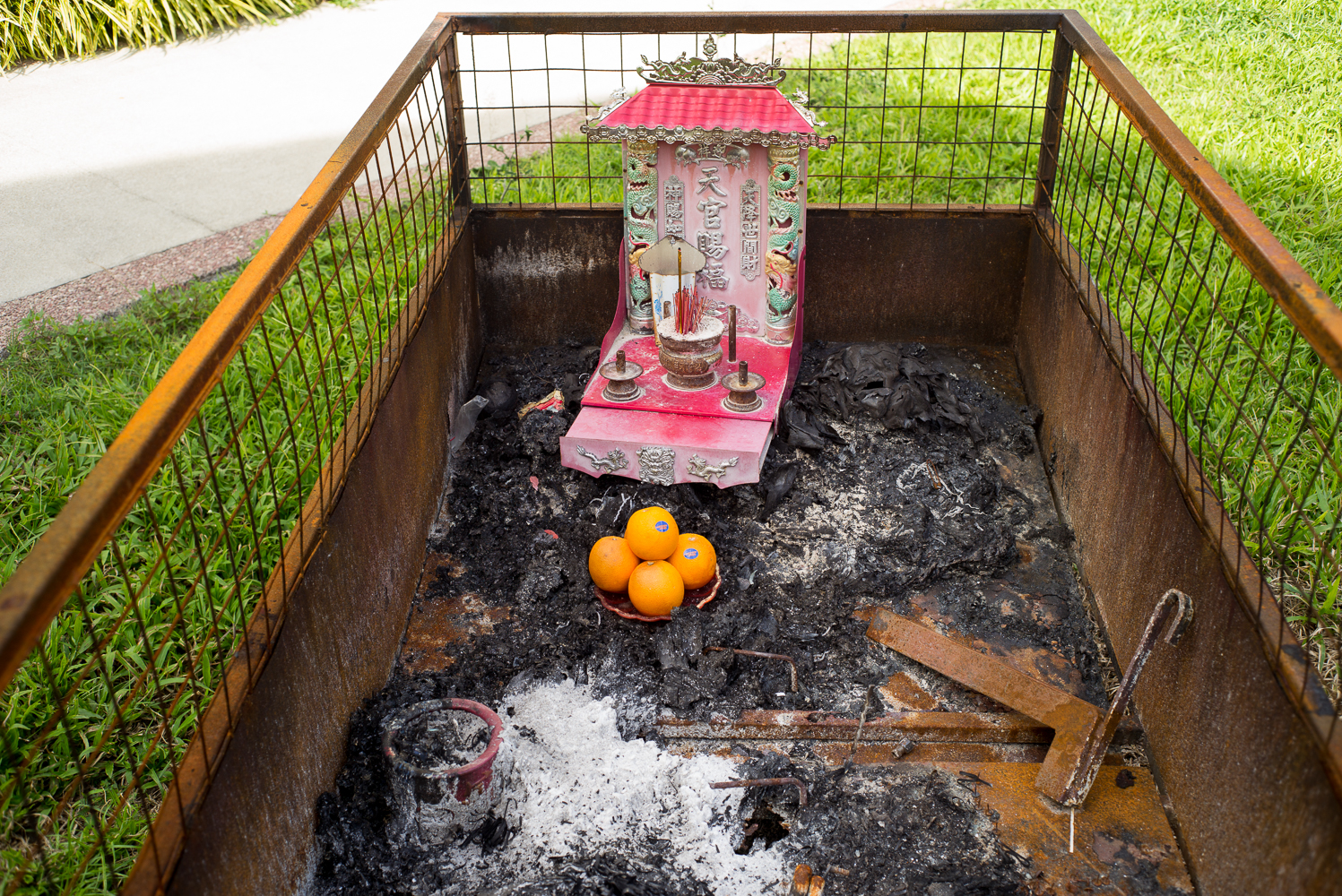