Oh geez another week gone. But this week is different, because this is the last before we start exiting the lock-down and enter phase 1 of the rest of our lives.

This week I also resume shooting film, not really knowing when I will be able to process the roll. I took 20 odd shots with the Leica M6 (400 TX) around Balestier area, where not much action was going on.

Look how much the grass has grown in from of the Victoria theater… (I have corrected the perspective of this shot in Lightroom).

and the nice light going through Anderson bridge.

Some stalls at the Interim Food market (moved from Golden Shoe) still have goods delivered.

Matching shirts for these people delivering good in downtown area.

Slim silhouette wearing what seems to be the new outfit for ladies going out shopping in the new normal.

All shots with Leica M262 and Summicron 28mmF2 Asph v1 : two old friends that I actually bought together, 4 years ago in June 2016. Time flies.

The Phul or Phool cinema is a theater in Patiala in Punjab.
It is an impressive Art Deco building erected in a rather large compound in a rather busy traffic junction in the city.

I first spot it from the car when we passed by, and as we were having some samosas on the other side of the road I could not resist to cross the junction for a closer look.

India the (other) land of cinema! Our guide discussed with a man that looks to be the guardian or operator or both of the cinema and he happily showed us around. The art deco fixtures are beautiful. Not only could we see the entrance, but also the upstairs foyer and the projection room.

The old projectors are now at rest replaced by a digital device. We could even peep into the room where Judwaa 2 was showing.

The highlight of the visit was when our host (below) showed us to the top of the building.

Thank you very much sir for the visit.

All shots in very poor light with Leica M262 and Summicron 50mm. I did not wand to loose time changing lens, but the the view of the roof top with the moon and the projectors view would have benefit from a wider lens. For the poor light, I have to consider if a faster would help. Maybe a 35Lux sometime?

I am just printing the portrait above and posting it to the cinema today. 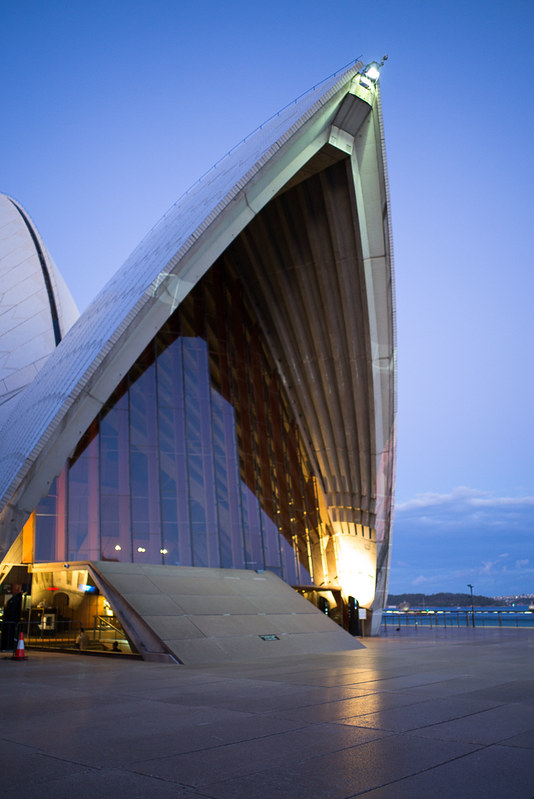 Sydney Opera House is surely one of the most iconic buildings in par with the Eiffel Tower. For our first trip in Australia I select Sydney as our first landing point not to miss it. 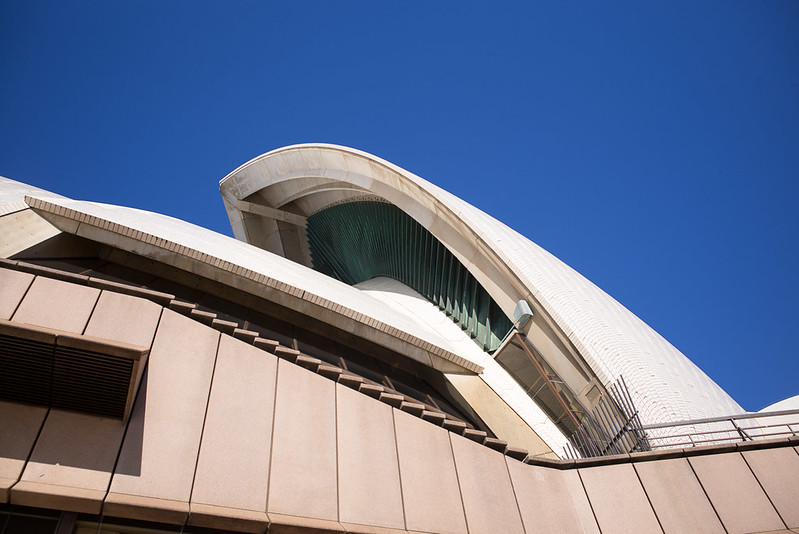 If you stay close to Circular Quay the building is always in view. 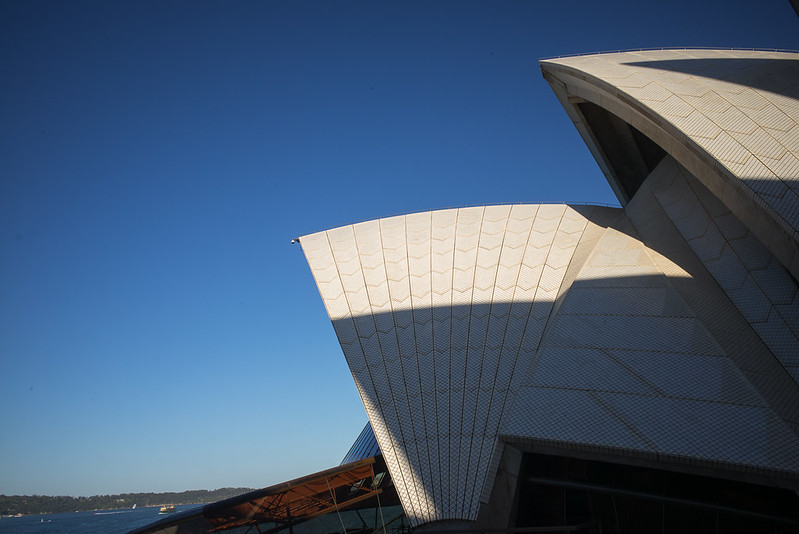 I am not going to copy wikipedia but quickly the building was the work of danish architect  Jørn Utzon and was opened in 1973. 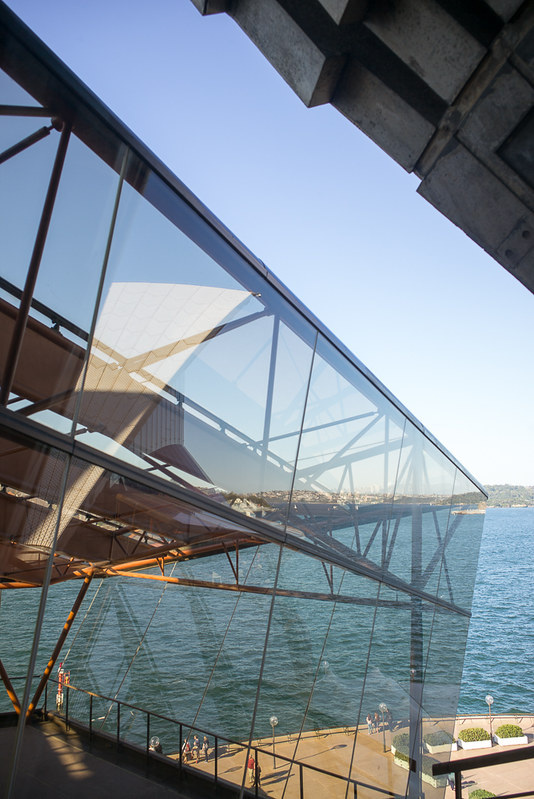 If you walk around the Rocks market during the week end you can see some vintage shots of the construction which are quite interesting. 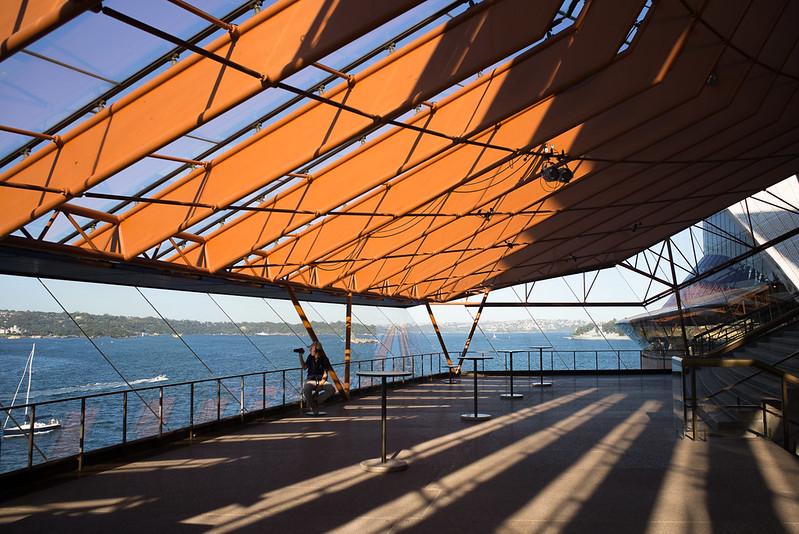 We took the tour to visit the building which I highly recommend, but be warned, I find it pricey at 34$ per adult. 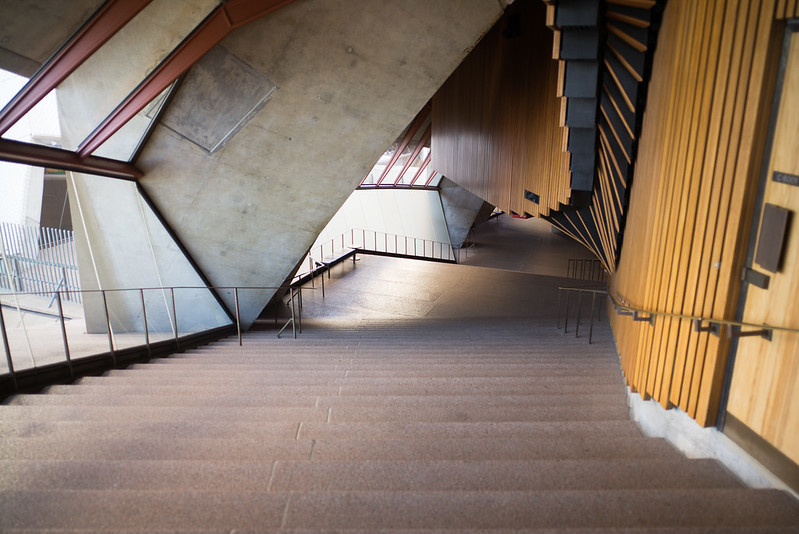 On top of having a guide that tells you the story of the building and describe its architecture, you can see some of the show rooms and inner pieces or architecture. 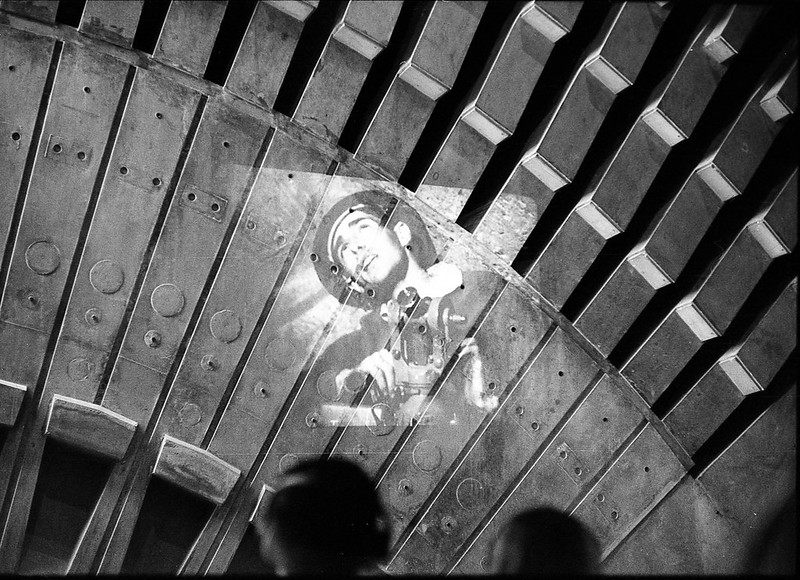 Definitely one of the nicest views is from Harbor Bridge. 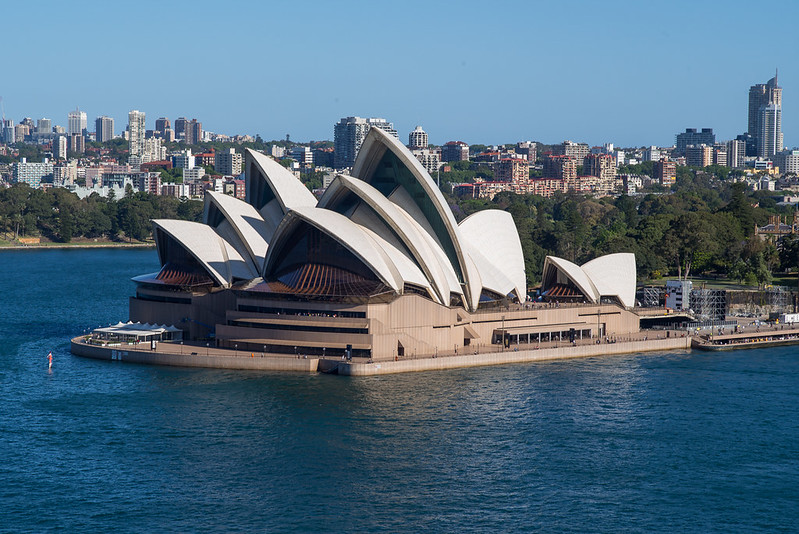 All shots with the Leica M262 and M6 for the Black and White picture. 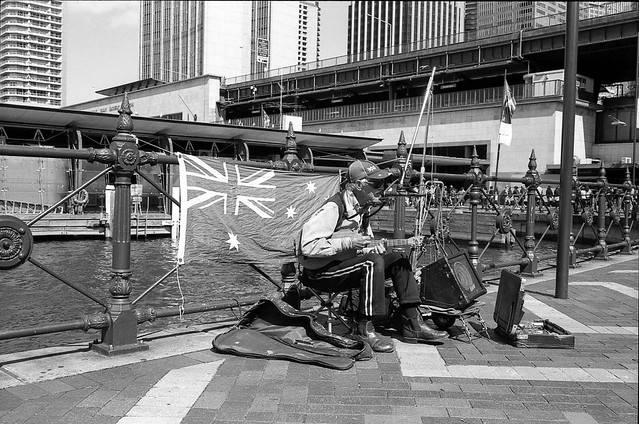 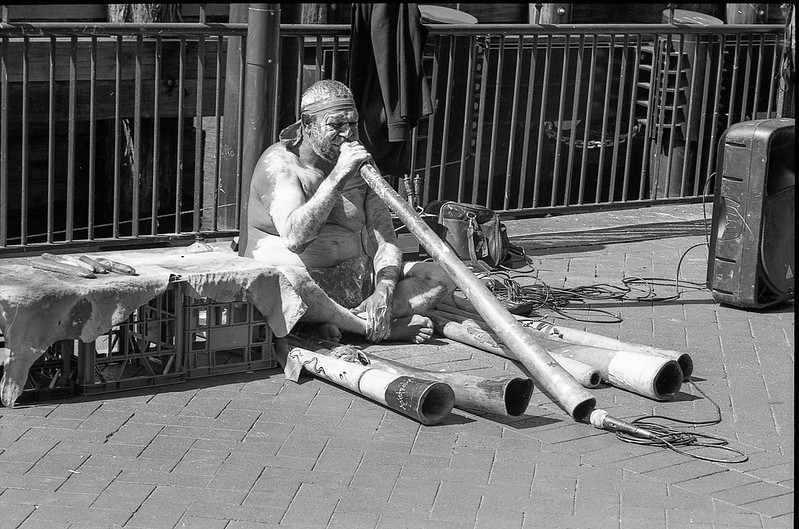 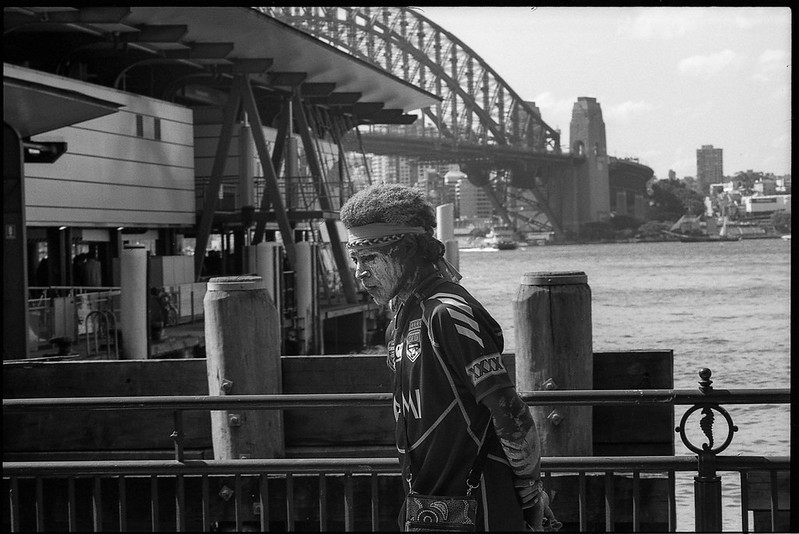 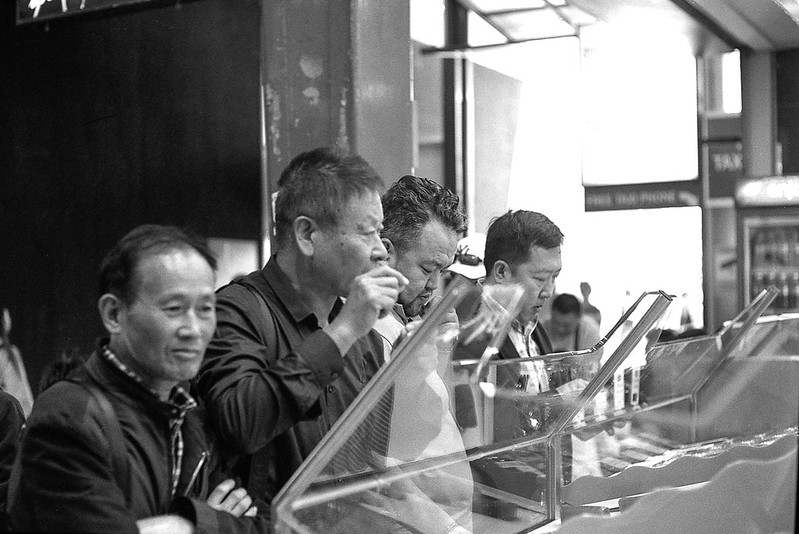 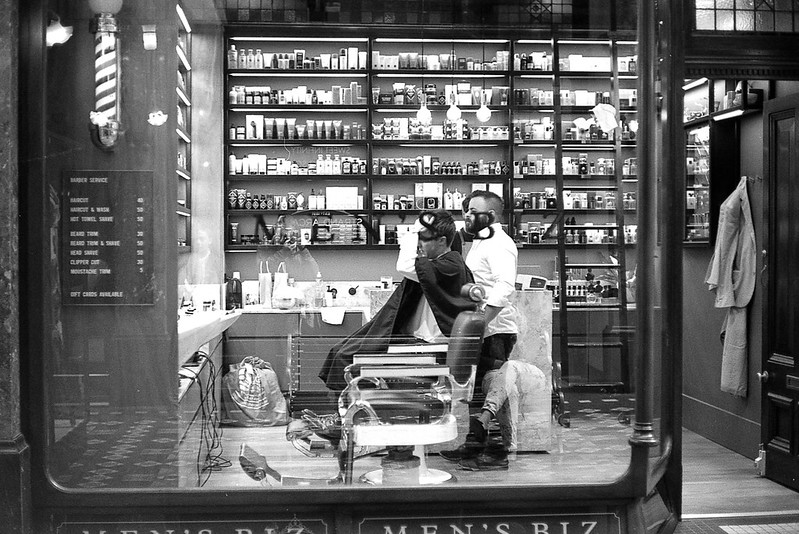 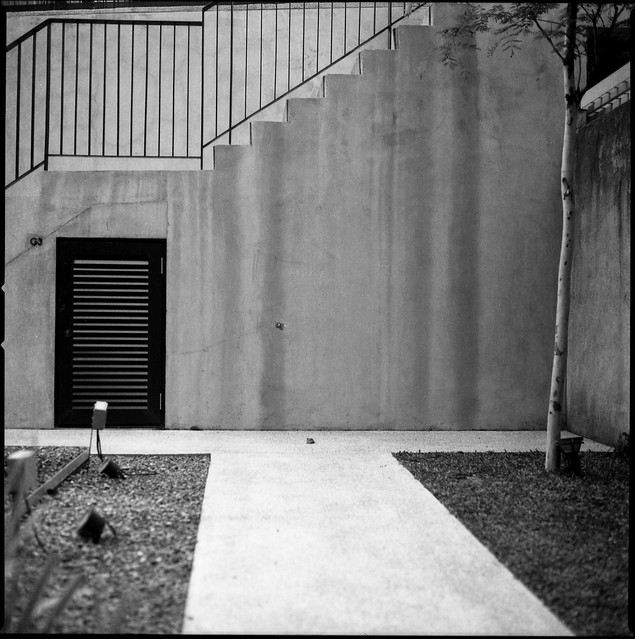 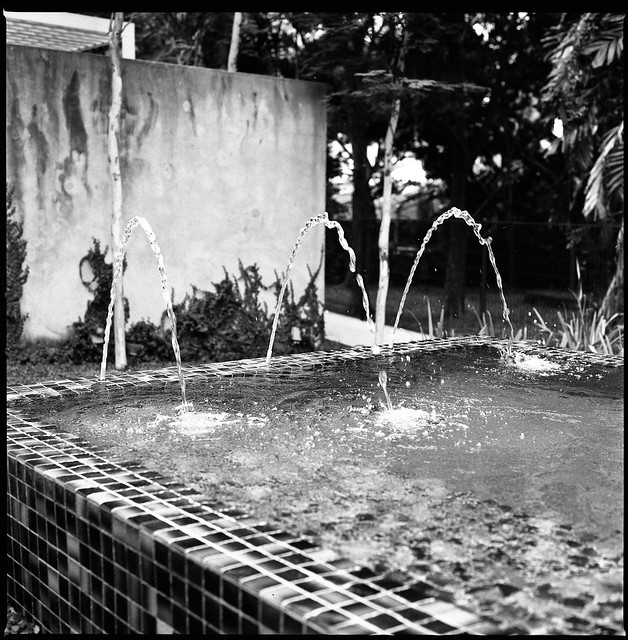 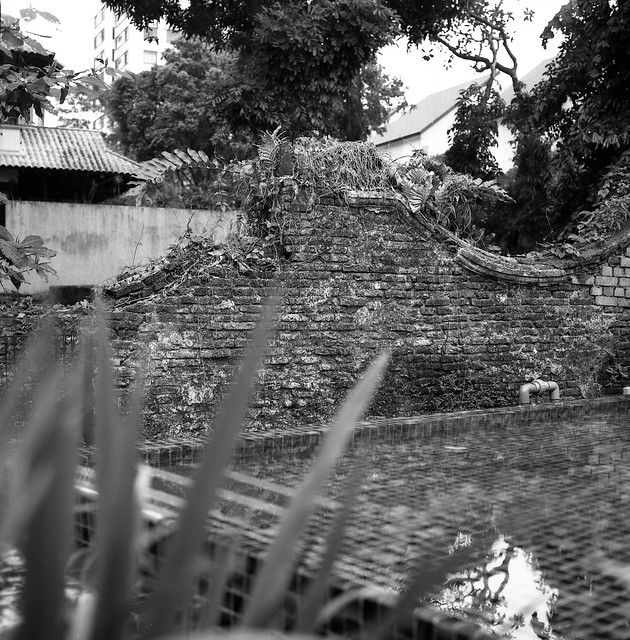 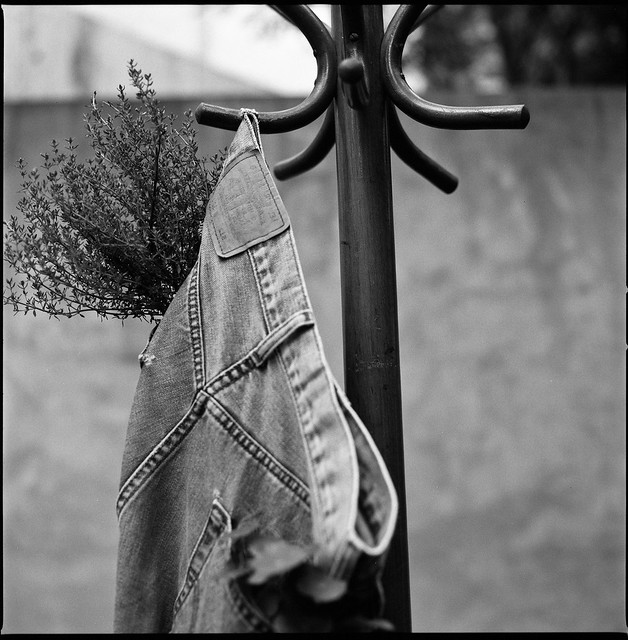 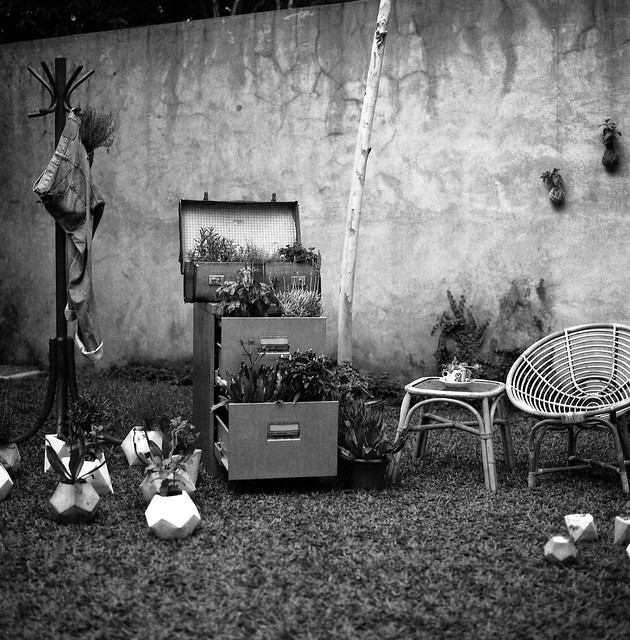 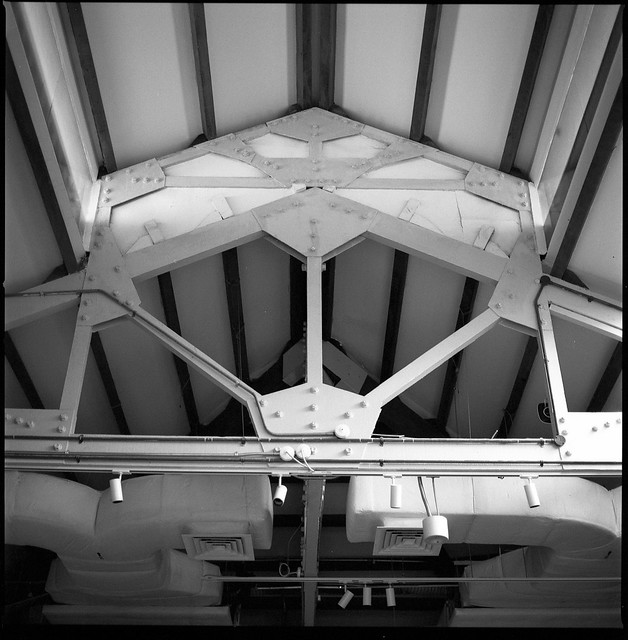 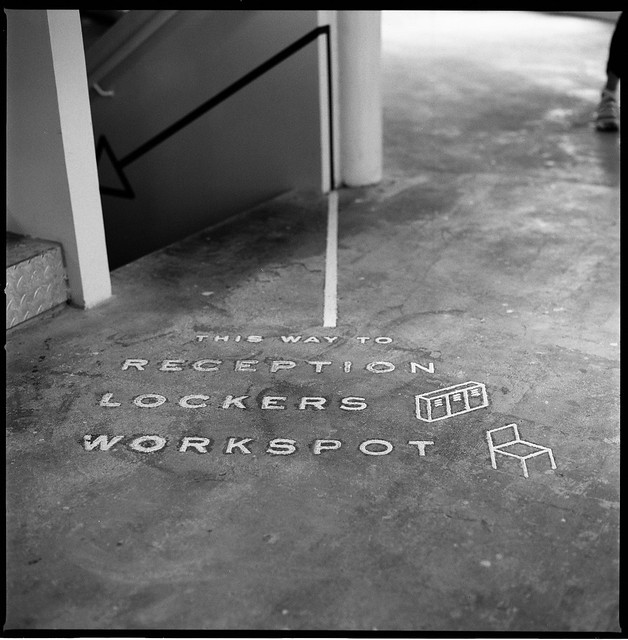 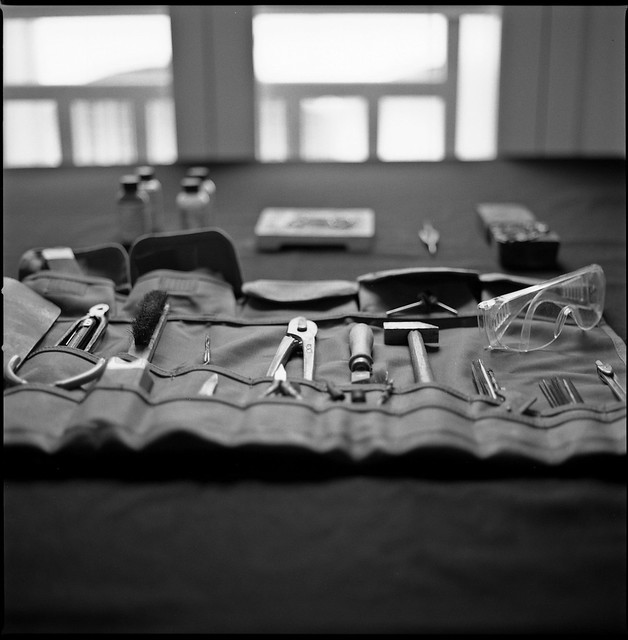 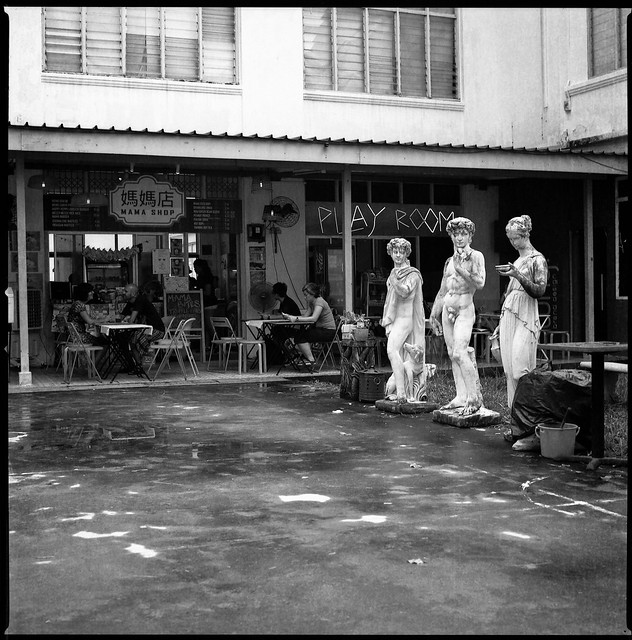 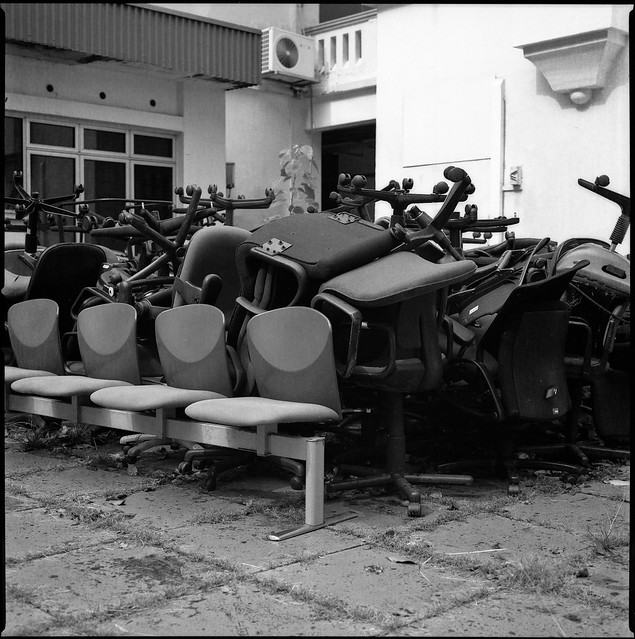 One of the rare examples I have seen in Cannes or urban renovation of an old industrial building.

Close to the center this warehouse use to be a wind tunnel for a french aeronautic company (can be Sud Aviation but I am not sure).

From what I could find on the web these are mixed habitations and offices usage.

Difficult not to note the problem in the bottom left side of the frame; not sure what it is. It did not appear on the last B&W film and the patterm is quite consistent when it shows. Maybe a pressure plate problem?

[Anglais] The Killiney Road Post Office in Singapore with its Valet Parking service! Stop dreaming! In fact the old building has been cut in two: the post office on one side, a pub on the other, and the Valet Parking service in between. And of course the parking place for the pub only. Strange mix of public service and private business; welcome in the world of tomorrow of which Singapore is sometimes the laboratory. To be exact the post office and KPO (short for Killiney Road Post Office, Singaporeans are fond of such abbreviations) are not only neighbors, their insides are communicating, but I could not find a nice way to picture this.

<!–[if gte mso 9]> Normal 0 false false false MicrosoftInternetExplorer4 <![endif]–><!–[if gte mso 9]> <![endif]–><!–[if !mso]> <! st1\:*{behavior:url(#ieooui) } –> <!–[endif]–> <!–[endif]–>The Killiney Road Post Office in Singapore with its Valet Parking service! Stop dreaming! In fact the old building has been cut in two: the post office on one side, a pub on the other, and the Valet Parking service in between. And of course the parking place for the pub only. Strange mix of public service and private business; welcome in the world of tomorrow of which Singapore is sometimes the laboratory. To be exact the post office and KPO (short for Killiney Road Post Office, Singaporeans are fond of such abbreviations) are not only neighbors, their insides are communicating, but I could not find a nice way to picture this.
KPO (29 May 2010) !